Today, I found something interesting

I was at a Wal-Mart, and then I saw a DVD cover with a princess on it. She had red hair (it was straight, not curly), and a green dress, and it looked like she was in the highlands (there was a castle behind her, and rolling green hills).

The title of this movie: Kiara the Brave.

Anyone else seen this abomination in stores?

Oh god, GoodTimes Entertainment strikes again with their Disney rip-offs. They were notorious for releasing rip-offs like this in the 90s. I don’t know if Video Brinquedo produced it but I wouldn’t be surprised if they did. This does seem like their kind of work.

Oh, great. Do these people have no creative energy?

Oh, great. Do these people have no creative energy?

Nah. Pixar could sue them, but it’s not like they’d make much money off of doing that.

I saw this DVD at Target today. It made me mad.

This is a mockbuster but this movie is roughly a year old. They must of thrown this together after seeing the teaser for Brave.

I watched the entire movie at midnight last night for a sleepover. It put me in hysterics at times but really ragged on at the end.

The only things remotely baring resemblance to Brave is the heroine’s design and the movie title. It’s more or less about a kid named Super Cloud with (psychic?) powers to control wind and other elements. Think bending from Avatar. And he unites a bunch of kids including Kiara to defeat some demonic force near the end. Or so I thought was happening—we paid more attention to syncing up music to the movie than actually watching it.

Wow, the animation is bad, Lol. And what’s up with them flying like Superman at the end of the trailer?

I can’t even watch the trailer as it’s blocked where I am.

All I can say is wow. Even the title card looks like a carbon copy.

Yep. But really, apart from that…it’s…well, it’s its own, erm, unique creation… 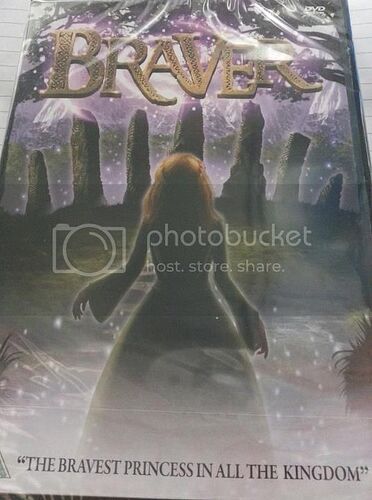 Goddamn, they even stole the logo interface and added an “R” on the end. If that’s not a rip-off, I don’t know what is.

Please, PLEASE let that be the result of Photoshop and merely a prank…

Indeed. The titles and heroines are close enough, but I’m astounded by them taking/modifying the logo too.

Please, PLEASE let that be the result of Photoshop and merely a prank…

Sorry…but it is real.

Good to see you around, JSWeC!

And I’m really curious to watch this rip-off just for the heck of it.

…they even stole the logo interface and added an “R” on the end. If that’s not a rip-off, I don’t know what is.

Agreed! A little digging yields the possible identity of the perpetrators:

Interestingly, according to the following source, the DVD distribution was pulled:

It doesn’t appear that usual suspects Video Brinquedo or Spark Plug Entertainment made Braver. Assuming that Brightspark did indeed make this mockbuster–it’s possible they only distribute it in the UK–it’s fair that they would have to pull it based on that logo ripoff.

Good to see you around, JSWeC!

And I’m really curious to watch this rip-off just for the heck of it.

I think you’d have a lot of fun ripping it apart. I watched the whole thing and there are certainly some…interesting scenes. Like dragons rapping out of nowhere even though there is no other form of singing to be found in the movie

Leirin: Do you know what “studio” made Braver? Just curious…