In order to remove the cluster of images from the original Inside Out thread, I will post merchandise for the film here.

Prior to the Toy Fair, we know that these figures are being made by TOMY:

And these plushies of the characters:

Stitch Kingdom also mentioned a playset for Riley’s Headquarters and individual figures for each emotion and their memory sphere.
[url]http://www.stitchkingdom.com/disney-toy-fair-pixars-inside-out-toy-line-tomy-preview-74367/[/url]

What I found surprising was how some of Funko’s line for the characters mention “secret characters”. One of the images display a character that hasn’t been revealed yet: 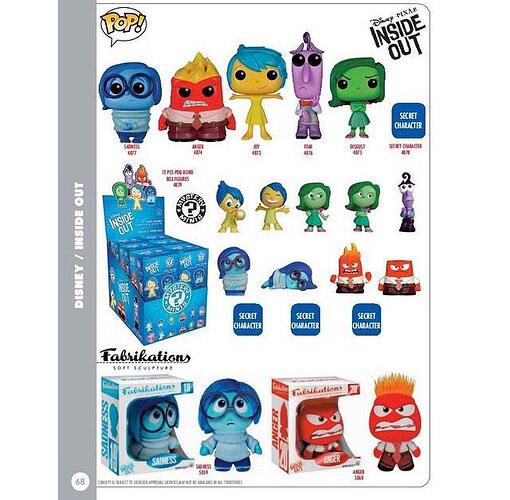 I also found images of various scented-supplies and wall decals that have images of Bing Bong: 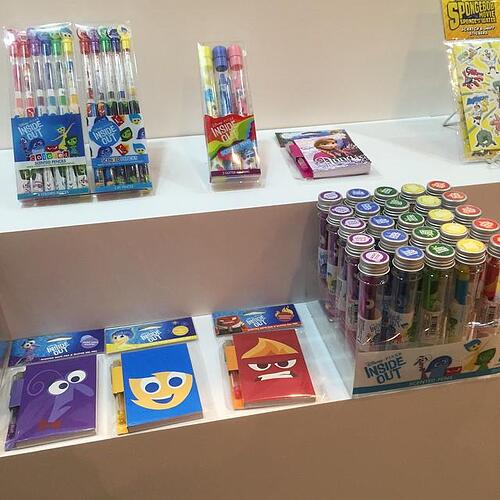 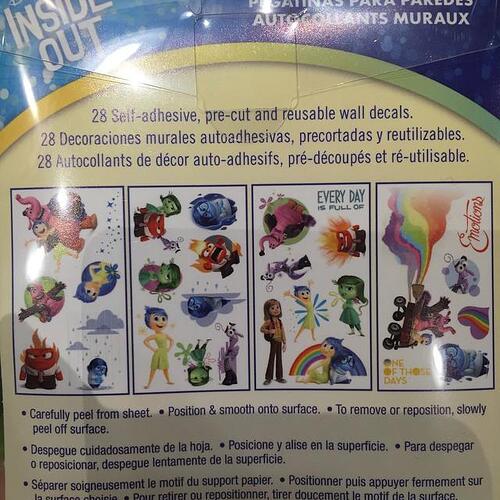 I’m so glad you made this thread. These make me so excited! I can’t wait to get my hands on some of this merch. The wait is going to be hard. I really like the wall decals, the notebooks, and the Funko mystery figures. The unicorn is new, I wonder who that is?

This movie is going to be so good!

I know, the amount of merchandise that’s being teased is too big for just one post.

EDIT: I found a video for some of the toys shown at Toy Fair: [url]- YouTube

I am going to spend all of my money on this movie, I just know it. I want all the plush toys!

Awesome stuff! I hope to see some of this merchandise hit the Disney Store soon.

Speaking of Inside Out merchandise, some of it is now available for pre-order on Amazon.com!

Earlier in January, I found some Inside Out fruit snacks at Walmart. It seems strange to me though that they would put out merch like 6 months before the film comes out.

Sooo cute! Love how detailed those figures are! I need the Sadness plush

Interesting to see those “mystery” characters—just gets your mind goin’ more for who they’ll be in the film!

I wonder when all these will be released? I know the funko pops are set for may according to entertainment earth, but I wonder if some products will make it to shelves late April?

I’m really looking forward to the pins that will be released for the movie.

Whoo! I am so excited to get this merchandise…I think we’re getting closer!

And recently I found an international listing on eBay for a plush of Joy…and there’s also a junior novelization still available for pre-order, but it may be coming out to the shelves next week.

Prepare your wallets, collectors. The merchandise is here!
[url]http://www.disneystore.com/inside-out/mn/1028604/?searchRedirect=1&searchTerm=inside+out&catalogFromSearch=10002[/url]

Ohhhh man, I want it all!

The 2D-style art is just too cute! I’m especially digging the scented erasers and reversible bag…

A couple of weeks ago I got an “Inside Out” book called “Driven by Emotions”. Then I got the junior novelization shortly afterwards. But what I really want right now are the Disney Store exclusives Bing Bong plush and mug!

I got a lot of Inside Out merchandise in the Press Day’s goodie baskets!

So now I have a reversable Inside Out tote bag, 5 pins (one of each emotion), an Anger Stressball, a t-shirt, and a notebook. I also got a poster for Lava.

TOMY just updated their website to include their Inside Out line-up:
[url]http://tomy.com/inside-out?sort_by=&sort_order=ASC&items_per_page=12&sorting=title|ASC[/url]

TOMY just updated their website to include their Inside Out line-up:
[url]http://tomy.com/inside-out?sort_by=&sort_order=ASC&items_per_page=12&sorting=title|ASC[/url]

I like how the detailed the memory balls are on some of these toys.

A while ago I got this Little Golden Book called “The Bing Bong Book”.