Pixar’s next film Soul, directed by Pete Docter and Kemp Powers, was originally set to release on June 19th. It will now released on November 20th. Lots of ‘firsts’ have happened this year due to obvious reasons, so Soul is now Pixar’s first movie to be postponed not due to production delays but due to a…global health crisis. A lot of the marketing is clearly shifting to virtual means because of this too. 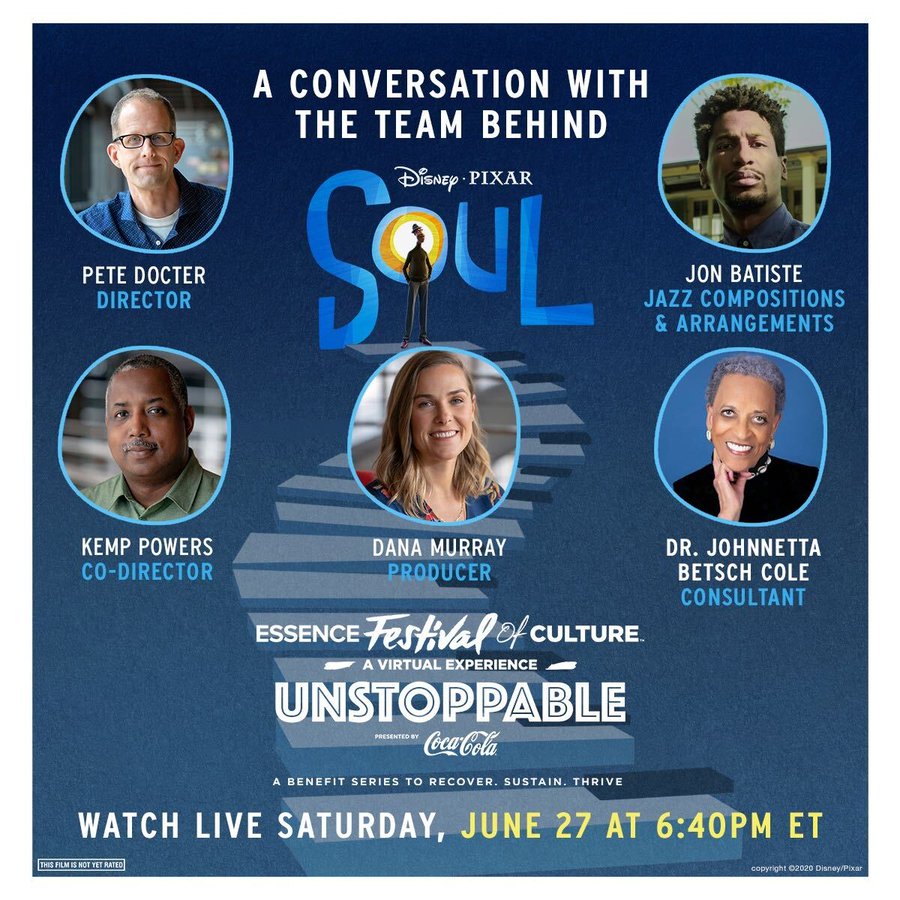 Tomorrow (June 27th), Essence Festival of Culture is hosting a virtual conversation with the team behind Soul. We’ll even be given an exclusive sneak peek at the film.

To see the little featurette, you need to RSVP by following this link. The Soul portion of the event will run live from 6:44PM to 6:54PM ET. Since it’s live, we’ll be tuning in a bit earlier to make sure we don’t miss anything!

For many of us, Soul is acting a bit like a light at the end of a very long tunnel. We’re hoping that November 20th won’t just feel a bit more normal, but also better than the previous ‘normal’. I’ll leave you with this lovely quote from Pete Docter that has seen me through a lot.

“It’s like you run into this dark tunnel, trusting that somewhere there’s another end to it where you’re going to come out. And there’s a point in the middle where it’s just dark. There’s no light from where you came in and there’s no light at the other end; all you can do is keep running. And then you start to see a little light, and a little more light, and then, bam! You’re out in the sun.”

Here’s the sneak peek and conversation with the film makers in case you missed it: