Inside Out
Tag Archive 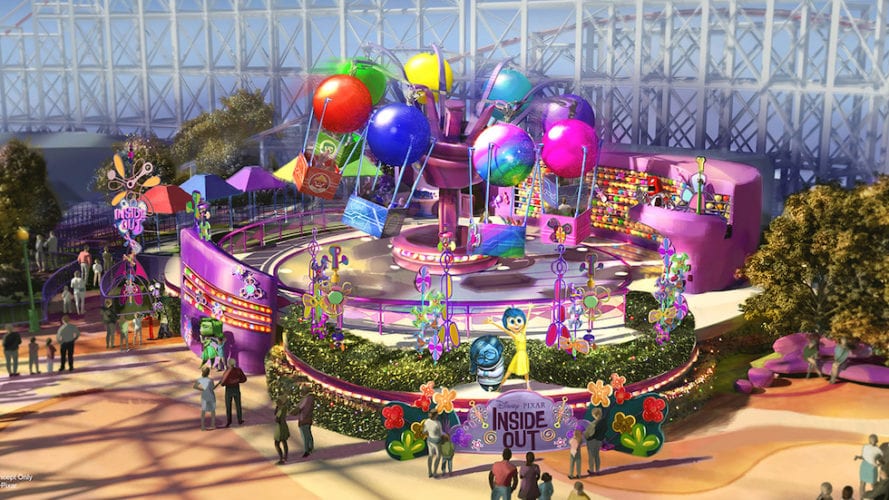 Inside Out, Opinion Piece, Pixar Heroines

March is Women’s History Month, and we couldn’t let it pass by without continuing our ‘heroines of Pixar’ series. In case you missed it, here is last month’s spotlight on the strong and adorable Dot from A Bug’s Life.

It’s hard to choose just one Pixar heroine to write about (which is why I’m glad this is going to be an indefinite series) – there are so many influential female characters that have brought out in the best in Pixar’s movies over the years. But I’ve settled on Joy from Inside Out, a film full to the brim with a refreshing variety of heroines.

Making Riley happy is so important to Joy – here she looks up at Riley with total adoration.

Joy is interesting, because for much of the movie, she’s acting as the antagonist without even knowing it. She’s a little like Woody from Toy Story in the way she sacrifices herself for Riley – it’s only later that she discovers she’s been sacrificing others too. Joy is the most dominant of Riley’s five emotions in headquarters. She’s the boss, and she takes her position very seriously. Because she is in charge of expressing Riley’s happiness, it’s understandable why Joy is so determined to take centre stage – being happy is all that matters, right? Inside Out very cleverly reminds us, or even teaches us, that happiness shouldn’t always be the only emotion to aim towards. All emotions are important, and the development of Joy’s character encapsulates this message perfectly.

Why Joy is inspiring:

Joy more than lives up to her name – she explodes onto the screen with confidence, happiness, and determination. She’s funny, in-your-face, and – honestly? – a bit annoying. And that last bit, weirdly, is why she serves as such an inspiration to me. She’s flawed. And by the end of the movie, she completely admits she was wrong while still remaining true to herself. Admitting to your own mistakes, especially if it’s an inbuilt personality trait, is one of the hardest things to do, but Joy does it so well. Joy’s mistake was a drastic one: she valued her own role and her own beliefs above all others, which sent Riley’s emotional state into total chaos. But she fixed it, she changed the error in her ways, and she mended the friendships that she’d harmed along the way. I think everyone can take a little inspiration from that.

People often say they want ‘strong female characters’, and Joy fits into that category pretty well. But it’s her vulnerability that makes her an inspiration. When she falls into Riley’s Memory Dump with Bing Bong, her grief is so deep and raw, but she finds strength in that moment of fragility, picks herself up, and finds a way through it. One minute she’s at rock bottom, and then the next minute she’s flying a rocket in order to start her heroic rescue mission. Go, Joy!

In The Art Of Inside Out, Amy Poehler, the voice of Joy, gives a brief introduction to the book and talks about how much she enjoyed being a part of the process. Playing Joy, she writes, “has added extra years to my life”.

“I was able to spend hours Living in Joy, which meant I could speak from the heart and love with abandon.” 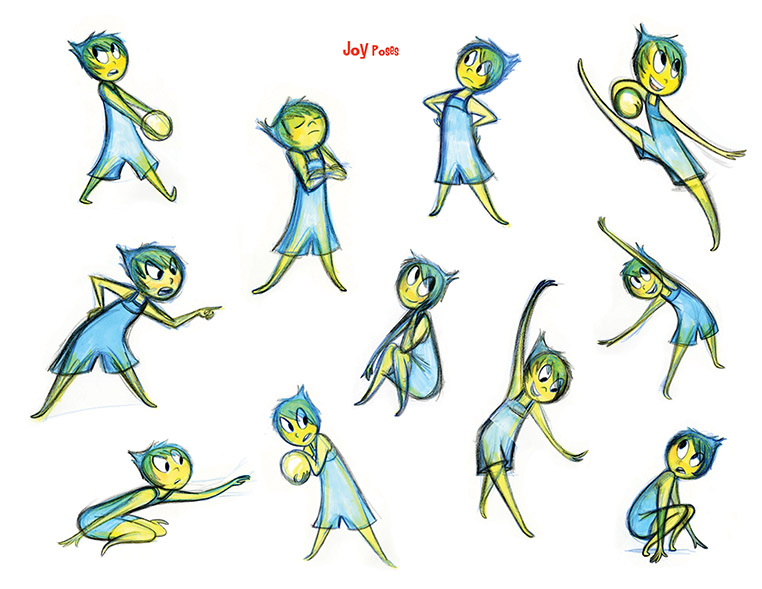 Some little facts about Joy’s character:

Inside Out, Jonas Rivera, Pete Docter

Inside Out director Pete Docter, and producer Jonas Rivera, will be attending AutFest this Sunday as they receive special honors from the festival in celebration of its debut. This weekend will be the 1st Annual AutFest International Film Festival, located in Los Angeles, CA. AutFest is a unique film festival that celebrates autism and strives to promote autism awareness while supporting autistic filmmakers and artists.

Scott Badesch, President of Autism Society of America, describes AutFest’s goal and motivation as follows: “The first Annual AutFest International Film Festival is a perfect opportunity for us to celebrate the role film is now playing in autism awareness. We are proud to honor outstanding filmmakers Ben Affleck, Pete Docter and Jonas Rivera, for their cinematic portrayals of the complexity of human emotions, as we can see with our two spotlighted films The Accountant and Inside Out.”

Ed Asner will also be honoring Pete and Jonas following a screening of Inside Out and a special Q&A afterwards this Sunday, April 23rd, at 12:20pm. If you’re in the Los Angeles area, be sure to stop by AMC Orange, 30 in Orange County to re-watch Inside Out (or see it for the first time) on the big screen.

For more information on AutFest and other films that will be playing this weekend, check out their website here.

Have you ever wanted to see some of your favorite artwork from Pixar films in real life? Fear no more, as a new exhibition has just opened up at Gallery Nucleus in LA today. For the first time ever, the gallery will be showcasing brand new images from each of Pixar’s feature films. What makes it even more unique is that John Lasseter himself picked each design for the show. There will also be hand-signed limited edition prints for sale by each artist who worked on the pieces.

Thanks to Oh My Disney for providing the artwork that will be featured at the showcase.

Be sure to check out Galley Nucleus and celebrate the art of Pixar if you’re in town – it runs from today, December 10th to January 8th, 2017.