If you missed the announcement of the Golden Globe nominees, fear not! We did too, but we are here finally, to talk a little about the Globes and the other nominations Pixar has received. Toy Story 4 was of course, one of three animated sequels released in 2019; it has strong competition in How To Train Your Dragon: The Hidden World and Frozen 2. While the other nominees are grand in scale, Toy Story 4 was the much more intimate and simple movie, but still an event as the other two. And seeing how it dominated the box office, it was a huge deal for a little movie. 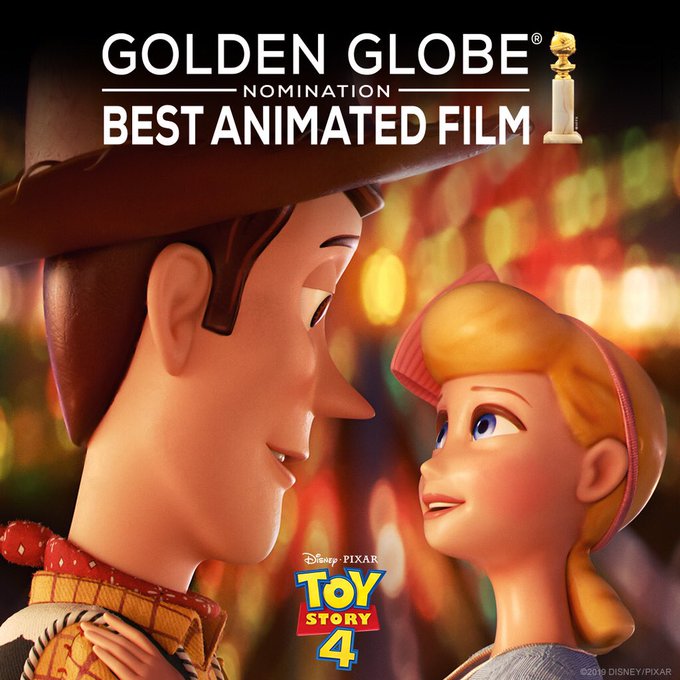 The Annie Awards also announced their 2019 nominees. Toy Story 4 is up for:

While I am a bit surprised and disappointed that the film didn’t earn any nominations for storyboard, character design/animation, or direction, it is still being recognized in multiple categories. I thought Pixar’s SparkShorts might also be contenders, but maybe they don’t qualify. If any of our readers have more information on that, do let us know.

Congratulations to Josh Cooley and the crew! You can read all about my visit to Pixar where I learned how Toy Story 4 was created here.

The nominations for Incredibles 2 keep rolling in – just after receiving 11 nominations at the Annie Awards, it has now been nominated for Best Animated Motion Picture at the 76th Annual Golden Globe Awards. 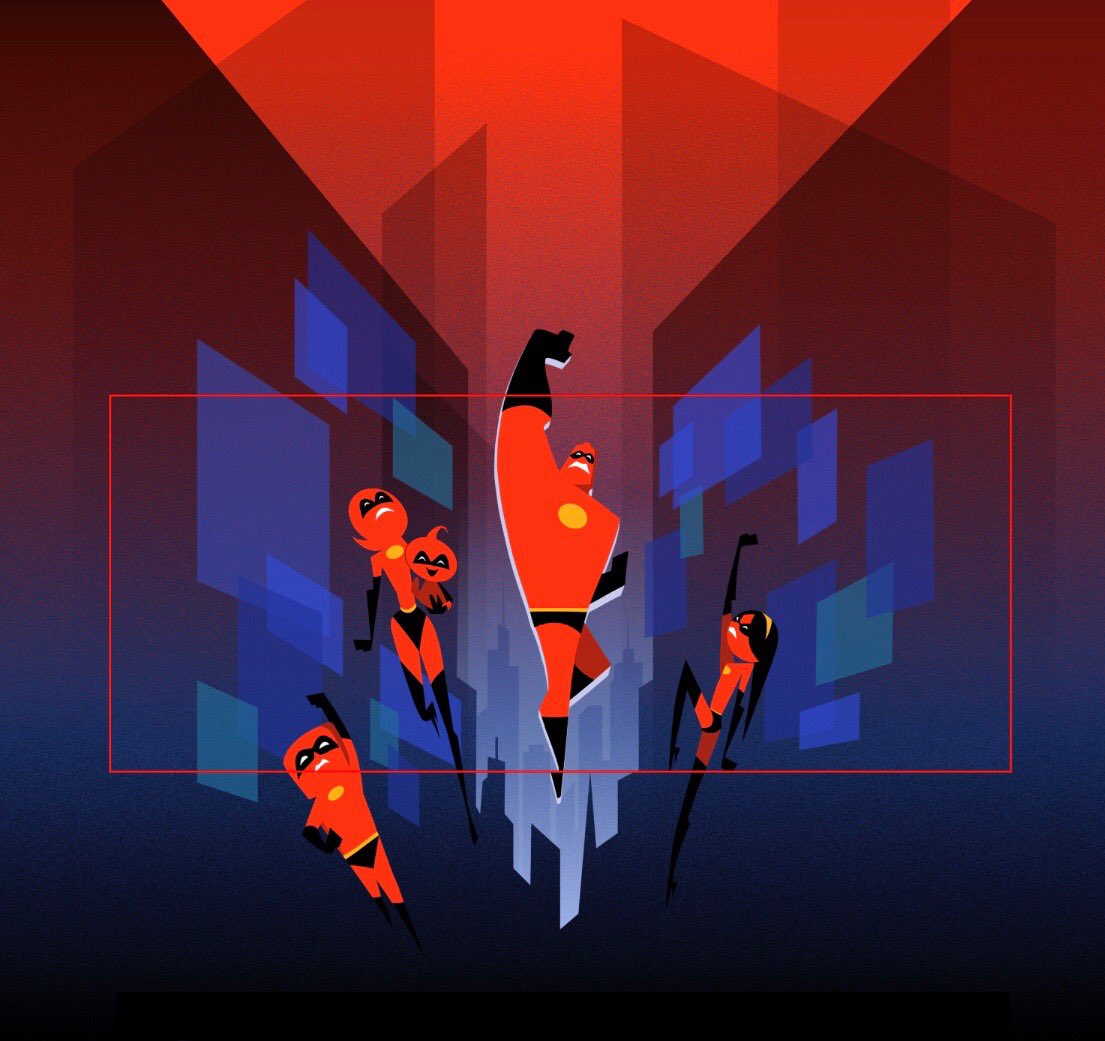 Incredibles 2 sits amongst fellow worthy nominees Isle of Dogs, Mirai, Ralph Breaks The Internet, and Spider-Man: Into The Spider-Verse.

The Golden Globe awards will air on January 6th, so we’ve just got a month until we find out the result! Regardless of the outcome, it’s great to see Incredibles 2 receiving so much praise – we’re beyond happy for the entire crew.

Following the nomination announcements, director Brad Bird revealed that he was initially worried the sequel wouldn’t prove as popular as the original – he was afraid superheroes wouldn’t be ‘in’ any more. (Ironic, given the fact that the new animated Spider-Man movie has also been nominated for best animated feature.) But he realised that Incredibles is more than a superhero movie – family is at the core of these films, even during those classic fight scenes.

“I thought, two years from now — because it takes a while to make these things — are people going to be sick of superheroes? But then I remembered that what drew me to the idea and made the idea appealing to me in the first place was that it was primarily a film about families — and they just happened to be superheroes. And to me, family is an endlessly fascinating subject because it’s in everyone’s lives.” 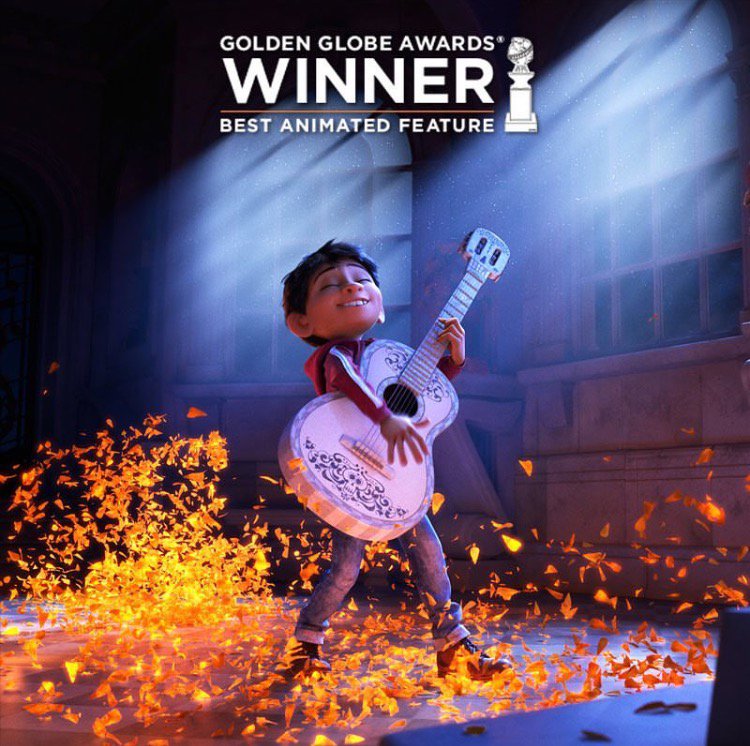 The award nominations are still streaming in for Pixar’s latest movie Coco. It’s already dominating the Annies Awards with an impressive 13 nominations, and now it’s been nominated for two awards at the 2018 Golden Globes – ‘Best Animated Feature Film’ and ‘Best Original Song’ for ‘Remember Me’. See below for the full list of nominees in these categories:

We won’t have to wait long to find out whether Coco and ‘Remember Me’ will be the winners of their categories – the 75th Golden Globe Awards ceremony will be held on January 7th, 2018, at 5pm PST.

It’s been amazing seeing how Coco has affected the world in the short time since its release. 13 Annies Awards nominations, 2 Golden Globe nominations, thousands of overwhelmingly positive and touching reviews – and it’s not even out worldwide yet! In the US, it has topped the weekend box office for 3 weeks in a row, something that only 3 other Pixar movies has achieved (Toy Story and Toy Story 2 topped the box office 2 weeks in a row, and Finding Dory topped it an impressive 4 weeks in a row). And this is only the beginning of Coco‘s journey to inevitably becoming a beloved classic.

Inside Out wins Best Animated at the Golden Globes!

Not surprisingly, Inside Out won the top prize at the Golden Globes this past Sunday. If you’re like me and missed the telecast, you can watch Pete Docter and Jonas Rivera accept the award here. We want to congratulate Pete, Jonas, and the entire crew for the much deserved win. It’s definitely more reason to jump for Joy!

Here are Pete and Jonas backstage with the Globe.

As 2015 was the first year with two Pixar films, both Inside Out and The Good Dinosaur were nominees at the Golden Globes and could be “competing” once again at the Oscars next month.

Fun night at the golden globes! Full pride for Pixar and huge congrats to Pete Docter Jonas and the inside out team! pic.twitter.com/Sg9k0Ss2Cz

The list of Oscar nominees will be announced on January 14th. Check back here to see if both Pixar’s films are in the race once more!