The latest SparkShort Out, directed by Steven Hunter, is Pixar’s first coming out story featuring its first gay protagonist, Greg. It’s moving day, and Greg is preparing for a new life in the city with his boyfriend Manuel. Moving day ends up being a little more hectic and otherworldly than he expected – not only do his parents show up on his doorstep, but a magical collar appears, defying the laws of time and space.

When the title of Out was first revealed, I’ll admit that my mind at no point envisaged a coming out story, but I am so thrilled to have been surprised by this. Not only is it a coming out story, but it’s a weird one. In the best way possible. The weirdness doesn’t take away from the emotional impact – if anything, it adds to it. 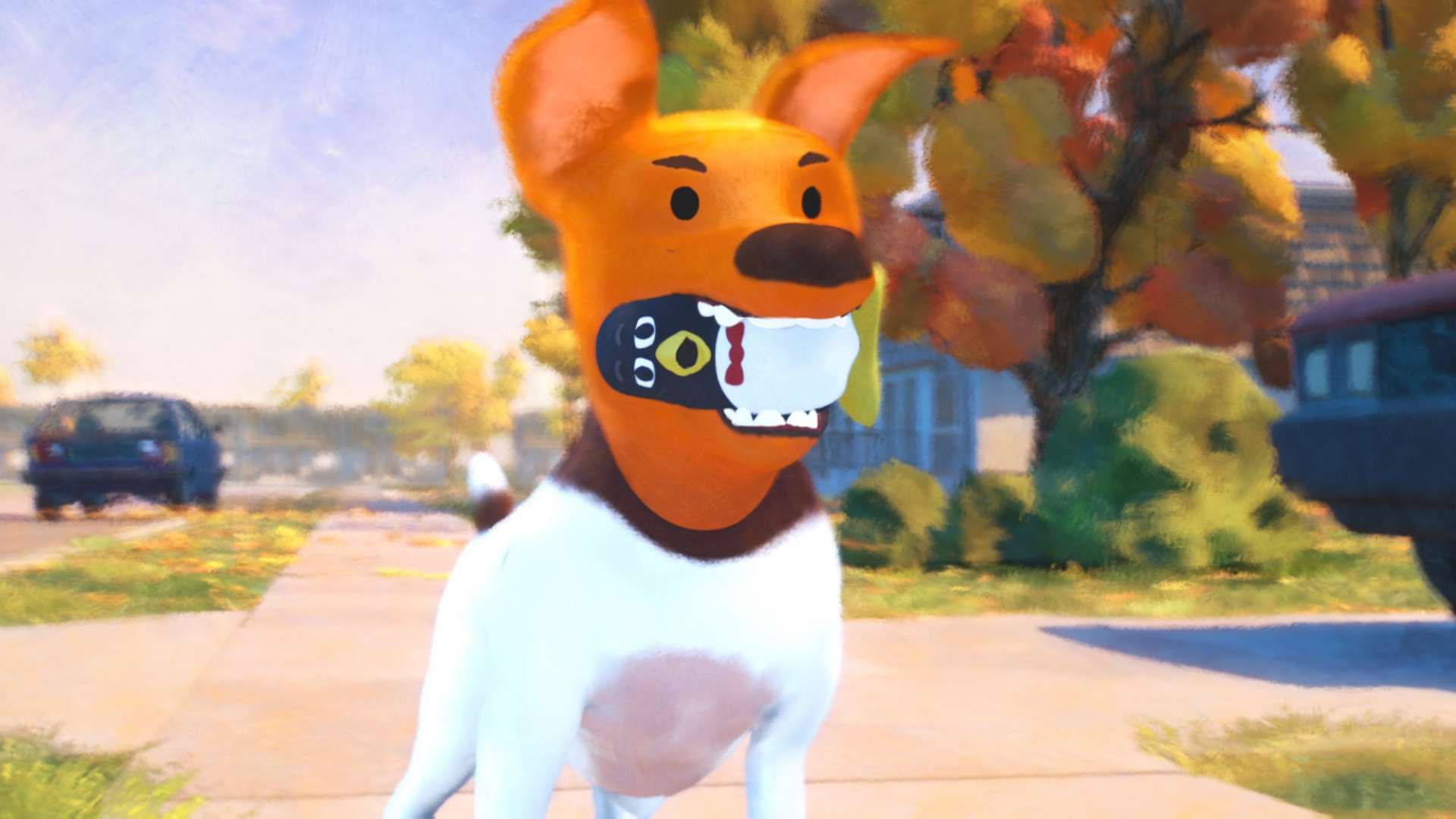 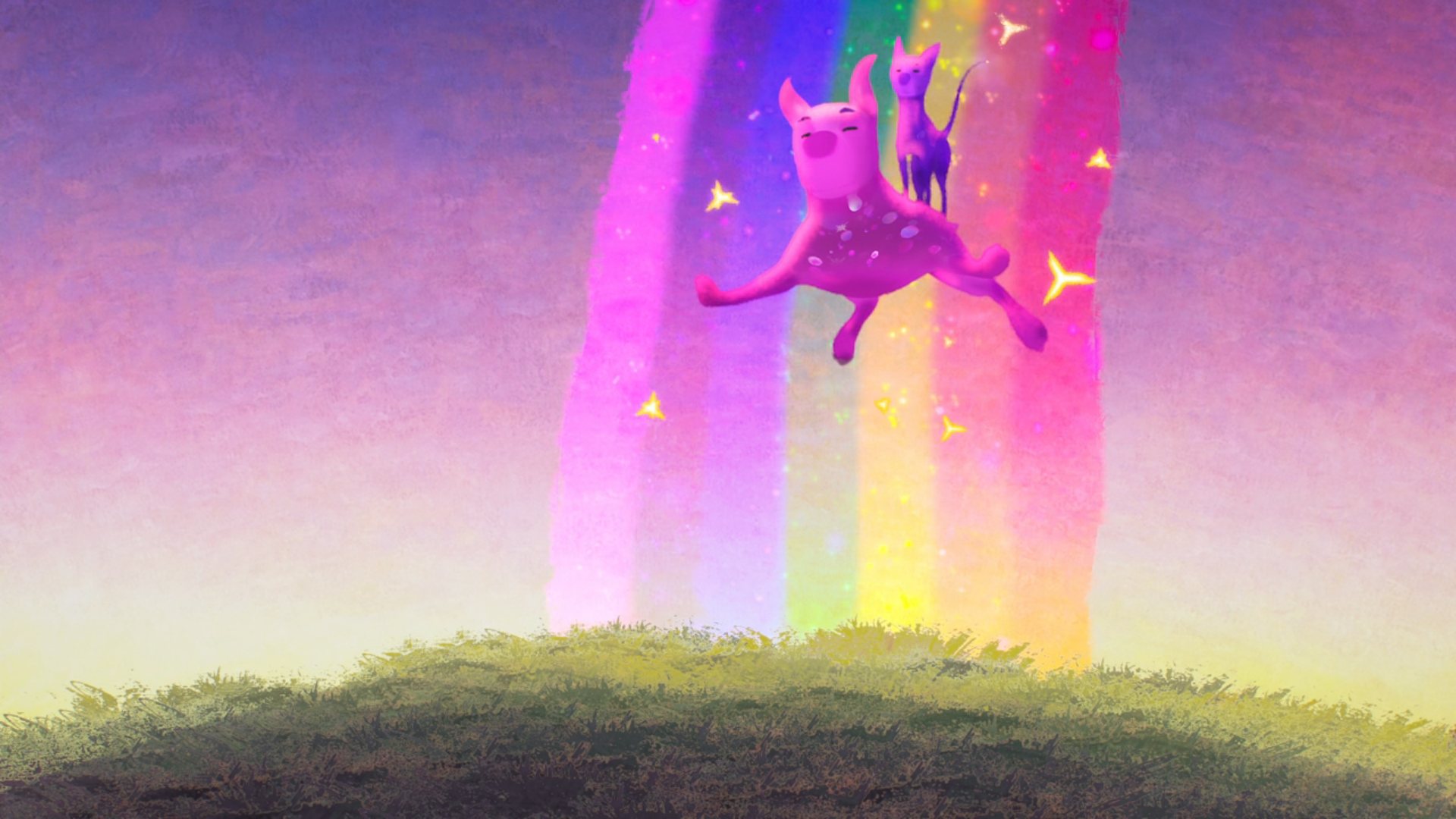 Greg is suffering from a struggle that will be familiar to many – coming out as gay to his parents. When the opportunity is flung on him, he freezes and does anything he can to hide the truth. In fact, he is so determined to not have his parents find out about his relationship that even when he swaps bodies with his dog his first priority is to continue hiding the evidence. And that leads to some pretty drastic decisions.

It’s only when he’s given the chance to sit and listen to his mom’s own inner struggle that he finds the courage to open up about his too.

Pets are wonderful things. They can’t talk back (at least in human). They’re just there, and they let you talk through your feelings. It’s so cathartic to have a dependable ear for those words to fall on instead of having them dissipate into thin air. Countless people have poured their hearts out in front of their cat and then thought “Wow, I wish I could just tell my parents that.” It’s good practice though. 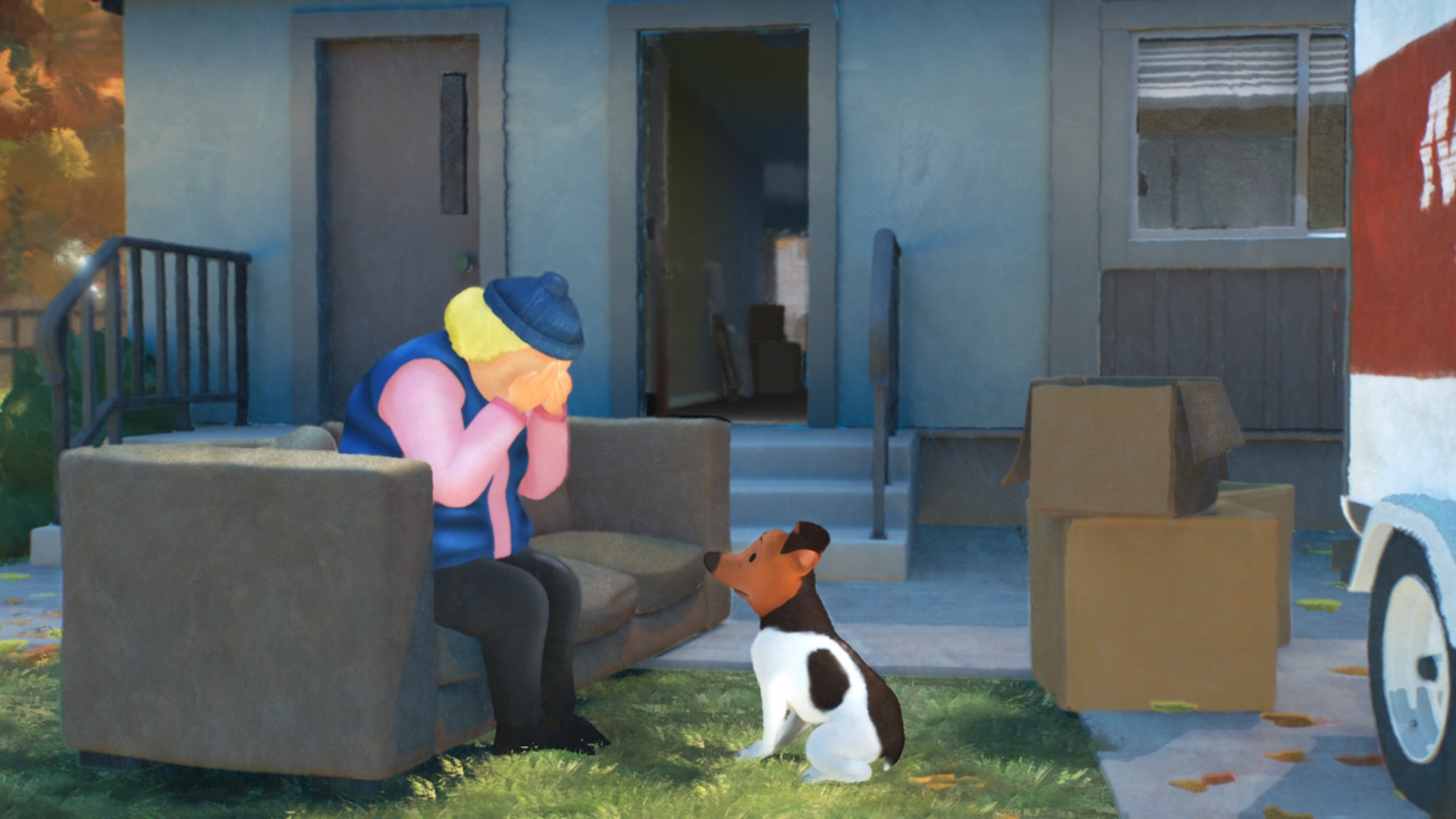 This is what went through my mind when Greg’s mom was taking a moment to reveal her worries in front of Jim the dog (she wasn’t to know that her son was currently residing in the dog’s body). We should all wear our hearts on our sleeves a little more, and I think Greg learnt that in this short snippet of his life. Even more importantly, though, is that he learnt that there’s nothing wrong with him. He’s gay, and that’s good. 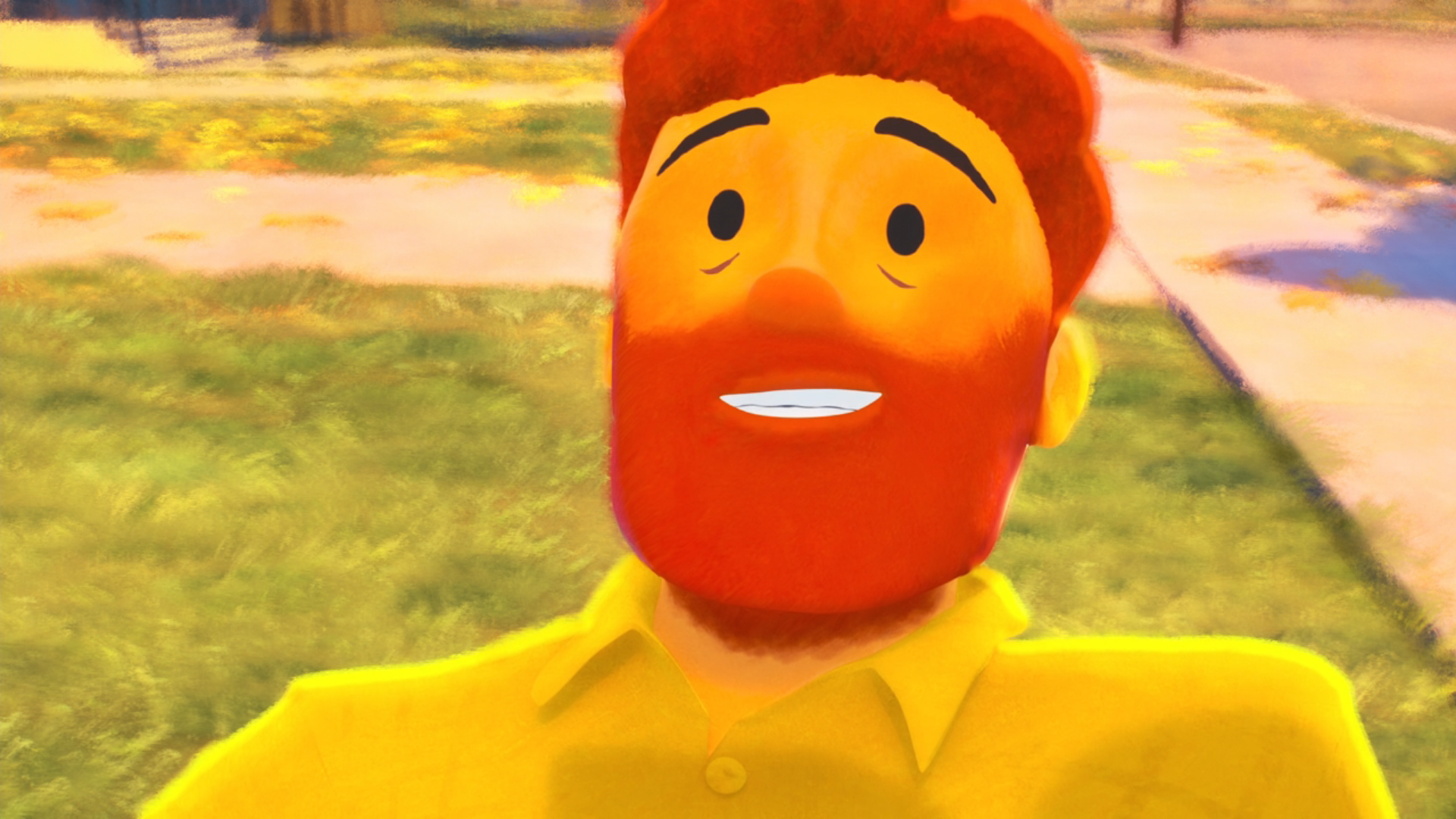 The story isn’t the only wow factor that Out has – the experimental animation style, the character designs, the voice acting, Wheezy from Toy Story 2…they’re all great. It’s amazing that they fit this all into just 10 minutes.

No two coming out stories are going to be the same. This one was based on a true story, and we’re wondering how much was real and how much was imagined. Fingers crossed that beautiful gay-space-rainbow cat and dog couple are real though. Bravo SparkShorts on yet another inspiring film! 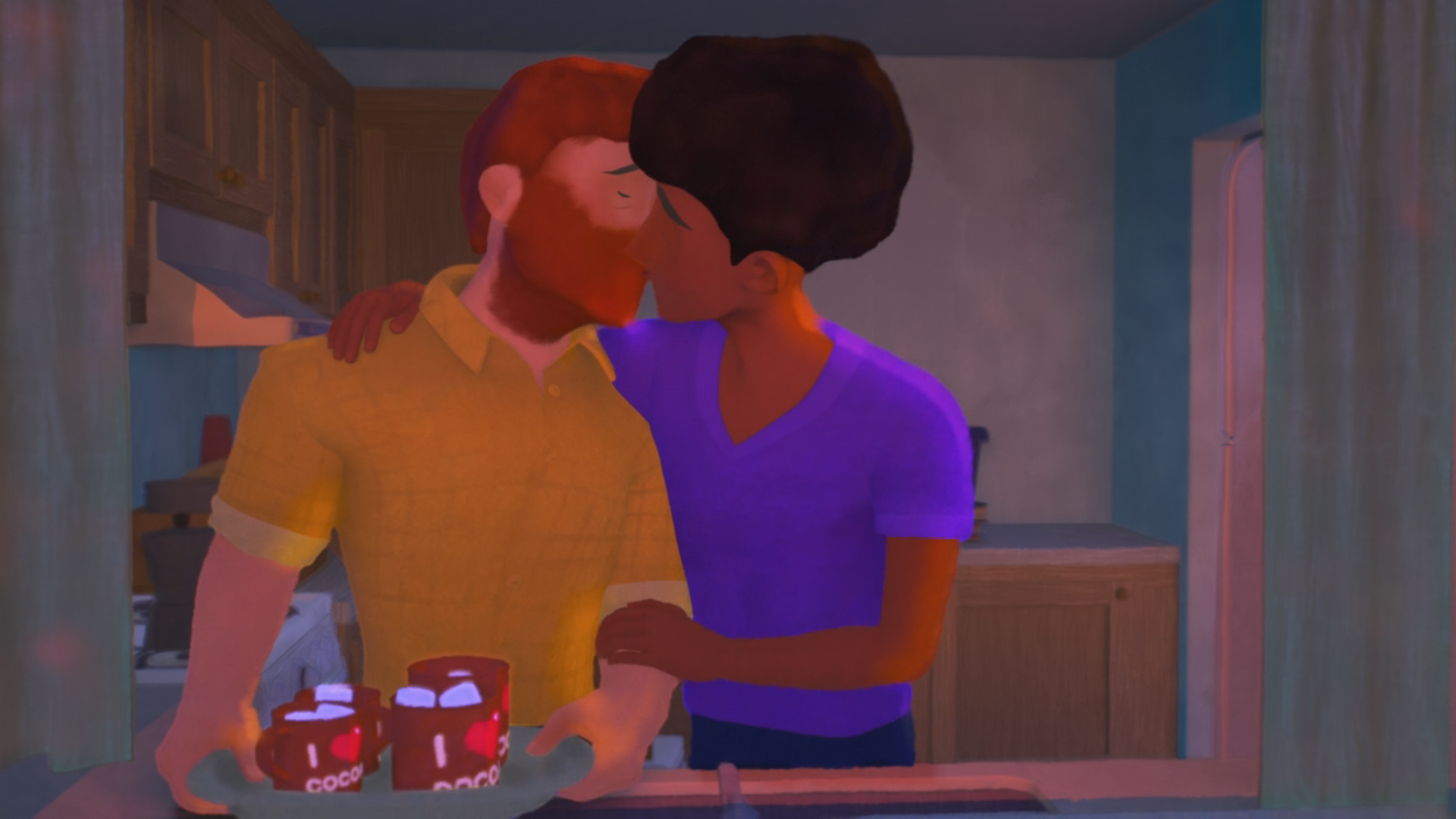 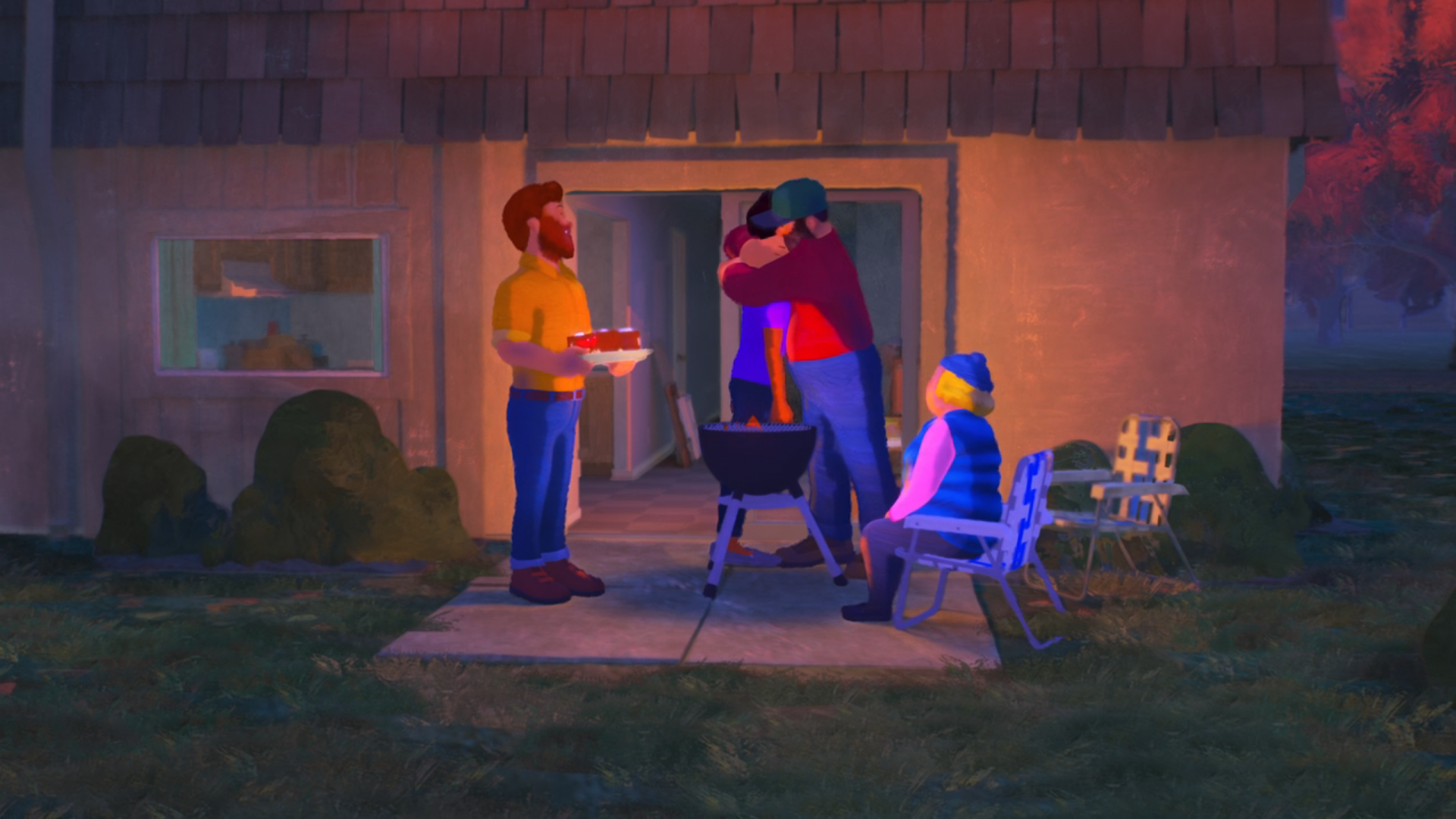