Details about Pixar’s 2017 release Coco have been shrouded in mystery following its initial announcement in 2012. Director Lee Unkrich recently began to update his twitter feed with behind the scenes photos and announced that more news about the film would be forthcoming. And the newest plot details and artwork for Coco certainly do not disappoint.

What we’ve always known about the film is that it takes inspiration from the Mexican holiday, Dia de Los Muertos, or Day of the Dead. This latest update gives us a look at the film’s main character and the plot. Miguel Rivera (Anthony Gonzalez), is a 12 year old aspiring musician. Unfortunately for him, it’s a forbidden path due to his family’s hatred for music, which was banned by his great-great grandmother after his great-great grandfather abandoned the family for a music career.

How does the rich and splendid tradition of Dia de Los Muertos figure into this story? Miguel ends up in the Land of the Dead (quite by mistake) and meets all the of the Rivera family members that have gone before. His favorite singer is Ernesto de la Cruz (Benjamin Bratt), in whose footsteps he wants to follow. But aside from admiring de la Cruz, as Entertainment Weekly reports, there’s also a connection between the famous singer and the young boy.

Joining the voice cast are Gael García Bernal as Hector, a skeletal spirit, and Renee Victor as Abuelita, Miguel’s grandmother.

While this film will no doubt draw unfavorable comparisons to The Book of Life (2014), it’s worth remembering that Coco has been in production for years. And Jorge Gutierrez, director of Life, is excited and supports Coco!

I’m rooting for Coco! Aside from employing lots of my friends, how can I not root for an animated film that celebrates Mexican culture?

Some might even be skeptical because Lee Unkrich isn’t Mexican, but co-director Adrien Molina is. Authenticity and respect are the highest priorities for Unkrich and his crew as they bring this story to life. A Vanity Fair article (be wary of spoilers!) delves into the impact the film will have and Pixar’s newfound commitment to telling inclusive stories. This will be the first full length Pixar film to feature a Latino lead, or nonwhite lead, period. Unkrich was intentional about the film’s all Latino cast, something that tends to be overlooked in mainstream animation. More encouraging still is the presence of Lalo Alcaraz as one of the film’s consultants. He’s a Chicano artist who strongly criticized Disney’s attempt to trademark Dia de Los Muertos. Pixar’s reputation for extensive research and nuanced storytelling should offer assurance, and audiences, particularly Mexicans, deserve nothing less.

“I knew from day one, when John Lasseter gave the okay, that we had an enormous responsibility to tell this story right and to not lapse into cliche or stereotype.”

As with “Sanjay’s Super Team”, Coco represents a bold new direction for Pixar. Regardless of race or background, anyone can be a Pixar hero. 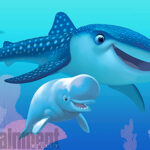 Happy New Year! What to look forward to in...
Next Story »