This morning storytellers and film aficionados alike gathered around their TVs, cradled their smartphones, and hunched over their computer monitors awaiting the announcement of this year’s Oscar nominations. Despite some obvious snubs and a few shockers, the broadcast concluded with a solid list of nominations, including THREE for Disney/Pixar.

A lot of time and hard work goes into making any kind of animated content and we wanted to congratulate EVERYONE who was involved in Toy Story 4 and Kitbull. Great work!

Now… it’s time to begin the official award show countdown. We can’t wait for the Oscars, which airs on Sunday 9th of February!

Randy Newman’s “I Can’t Let You Throw Yourself Away” from Toy Story 4 has been shortlisted for Best Music (Original Song). Newman’s music always evokes such a strong sense of nostalgia in me, partly because it brings me back to watching Pixar movies on VHS tapes, but also because the lyrics are always so thoughtful.

The wonderful Sparkshort Kitbull, directed by Rosana Sullivan and produced by Kathryn Hendrickson, has also been shortlisted for Best Animated Short Film. It’s great to see one of the Sparkshorts gaining attention in the awards season, especially with them missing out at the Annie Awards nominations. Out of all the Sparkshorts that Pixar released on YouTube, Kitbull currently has the most views, and holds the record for the most tears I have shed while watching an animated cat.

Good luck to all those that have been shortlisted! As ever, we’re intrigued to see how the awards season plays out.

A lot has been said about “Bao”, Pixar’s most recent short, this year. It’s Pixar’s first short directed by a woman (Domee Shi), and has been deservingly praised for its personal and heartfelt representation of Chinese culture. It has also sparked a lot of conversations – the story of “Bao” is equally beautiful and weird, which is probably exactly the feel Shi and the crew were going for.

It’s not surprising, then, that “Bao” has been shortlisted for the 2019 Oscars. The final list of nominees for the “Best Animated Short” category will be released on January 22nd. 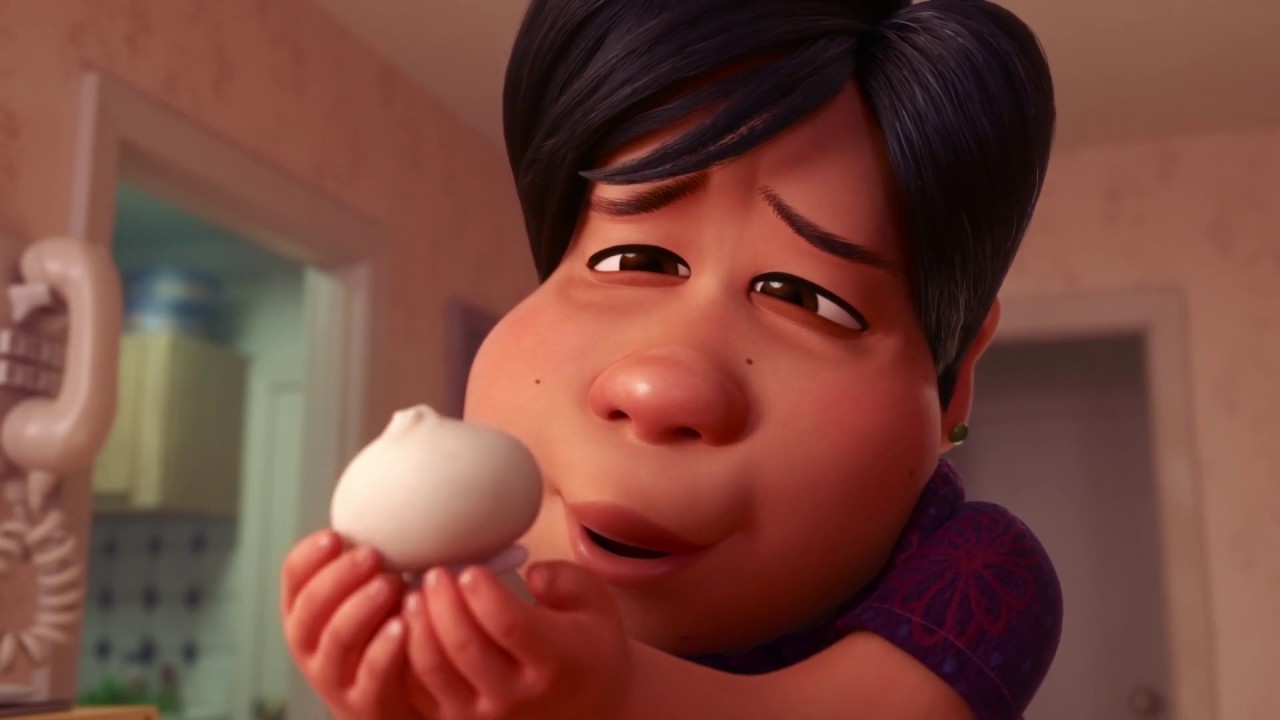 In other news, while Incredibles 2 did pick up some Annie Award nominations, “Bao” has been overlooked.

If you’re needing a reminder of “Bao”‘s unique story, then you’re in luck! It’s currently available on YouTube for one week. This is something that doesn’t happen very often. The only other short that Pixar have released on their YouTube channel is “George and AJ” back in 2009.

It’ll be interesting to see if this becomes a trend. For now, though, we’ll just have to savour this one week of “Bao” in YouTube form – including the comment section! The YouTube comment section can sometimes be a dangerous place, but it’s great to see so many comments full of interesting insights, praise and adoration.