The bleak immigration story in Wind 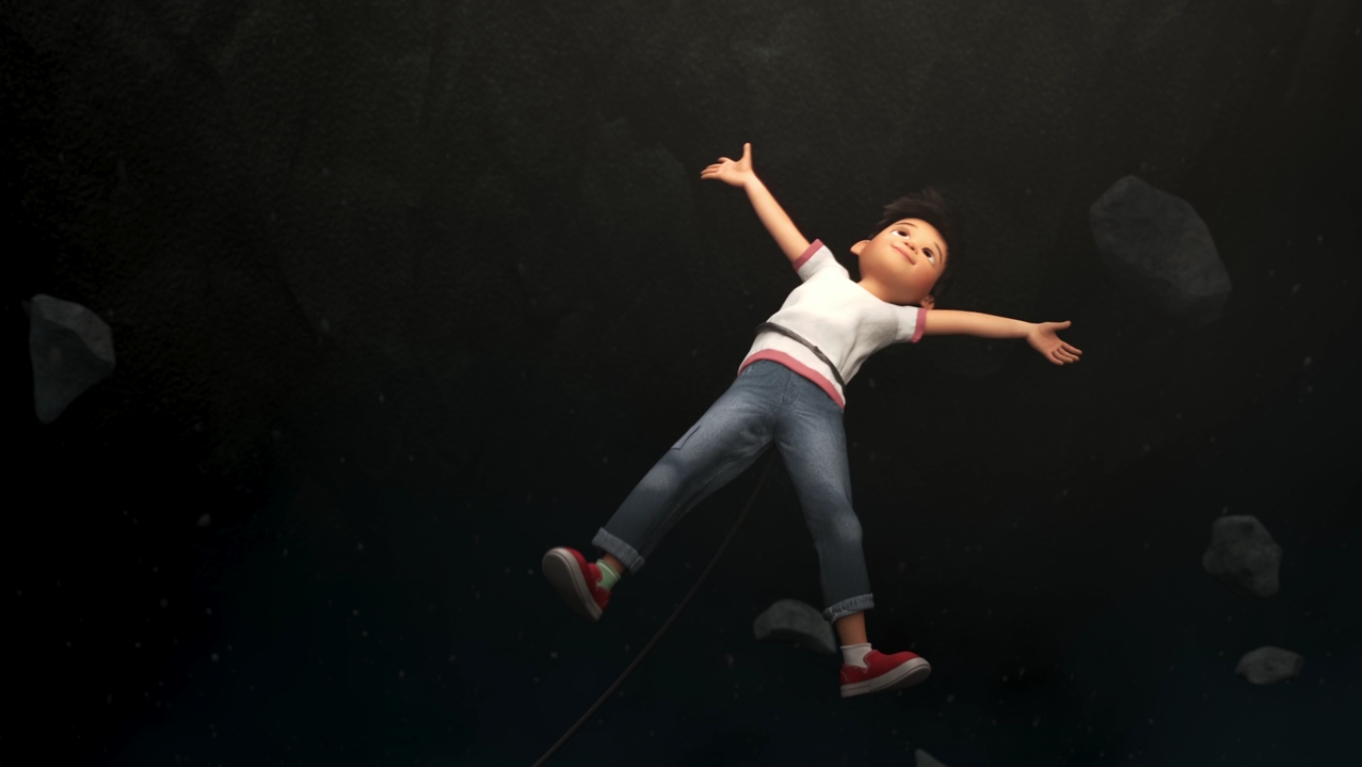 Pixar’s latest SparkShort is now streaming on Disney+. “Wind” is a tale unlike any other at the studio. Of course we watch Pixar films expecting to cry, but rarely do they leave us so winded (pun not intended) without the promise of a happy ending. Toy Story 4 was the first to end on a bittersweet note, but the ending to “Wind” is actually heartbreaking.
The short begins with warm lighting that envelopes the characters, a young boy and his grandmother, in soft, gold light. It’s comforting. But that warmth just vanishes when they step outside. The two of them live in a vast ruin of darkness with massive boulders and debris floating through the air. It’s mostly gray out there; cold and harsh.

I was wondering throughout how this cavernous landfill came to exist, and why these two people should be living on such inhospitable terrain. Those questions weren’t answered but that doesn’t matter: this is a place no one should call home. And so, the boy and his grandmother collect the floating trash as they build a rocket to escape.
Brilliant touches abound in “Wind.” The visual storytelling communicates a wealth of emotions and the tenderness between grandma and grandson without dialogue. I’m sure it qualifies as a silent film, as do the majority of Pixar’s shorts. The visuals are also stunning even in this colorless and bleak environment. The story is one that will resonate with so many real world families making their journeys to a better life. “Wind” is a fantasy that nevertheless reflects the harsh realities of immigration. It’s the kind of story that could be told in a full length feature, but the runtime is one of its strengths. It’s no small feat to tell a meaningful story in ten minutes or less, especially one with protagonists enduring hardship.
“Wind” was directed by Edwin Chang, a simulation technical director. His family’s experiences inspired the short, which echoes other directors and their projects at the studio. The personal always lends these films even more potency. You can read a brief interview with Chang and producer Jesus Martinez at SFGate.

Next Story
Float: a magical story of acceptance