The advertising for Toy Story 4 is really picking up speed now that we’re entering the final stretch – it comes out in just over a month, and Pixar are making full use of their remaining time to get people talking about the latest Toy Story sequel. Disney and Pixar have invited an amazing total of 14 brands to join in with their promotions campaign. 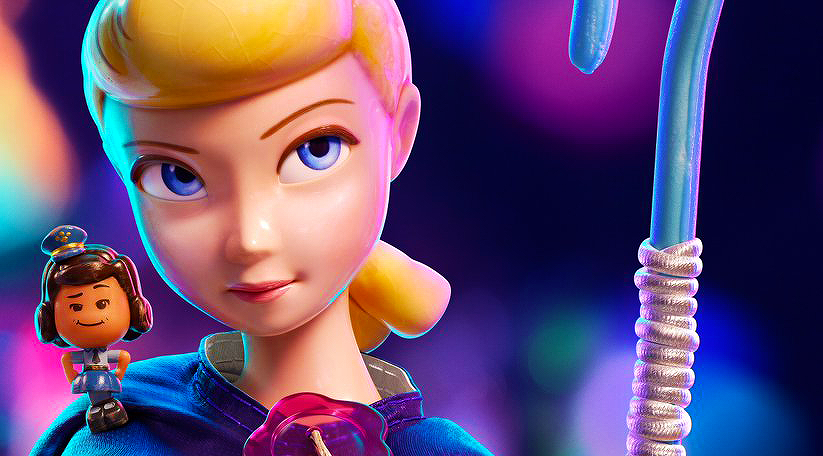 In June, Alaska Airlines will be launching a Toy Story-themed plane featuring the film’s main characters. This is becoming a fun theme now – specially-themed planes have now been created for Toy Story, Coco, Incredibles 2.

2. Babybel® and The Laughing Cow®

These snacks will feature Toy Story characters on their packaging for a limited time, celebrating the release of Toy Story 4. In-store promotions are also set to start rolling out, as well as family activities on Adventure4Family.com – participants will have a chance to win prizes and Toy Story 4 exclusives.

Bounty paper towels will be available in a Toy Story 4 print for a limited time – what better way to announce your love for Pixar by giving even your kitchen essentials a Pixar touch?

The brand new ‘Chrysler Pacifica’ minivan has a new TV commercial starring the cast of Toy Story 4. Notice how Woody chooses to listen to Radio Disney. Nice. Watch below:

Interestingly, as Toy Story 4 is following a bit of a ‘road trip’ plot, Disney and Pixar have teamed up with Go RVing to inspire people to take RV road trips of their own.

The craft store JOANN will be holding multiple events and stocking licensed Toy Story 4 craft kits across the US – be on the look-out for Forky craft kits!

In Walmart stores, specially marked boxes of Kellogg’s® cereal will include a free Toy Story 4 window decal. There will be 5 in total to collect. These special boxes will be available from May 10th.

Toy Story 4 Happy Meals! A total of ten Happy Meal toys will be up for collection – collect them all and you’ll be able to create a whole carnival.

As if it wasn’t already hard enough not to think about Toy Story 4, all these advertising campaigns will ensure that Pixar’s new movie and its release date (June 21st) will never stray far from the forefront of our minds. Not long to go now. Let us know if you come across any of these special promotions while you’re out and about!

It’s not plastic surgery!: The Evolution of the Toy...
Next Story »

How Bo Peep Made Her Way Back to Woody...