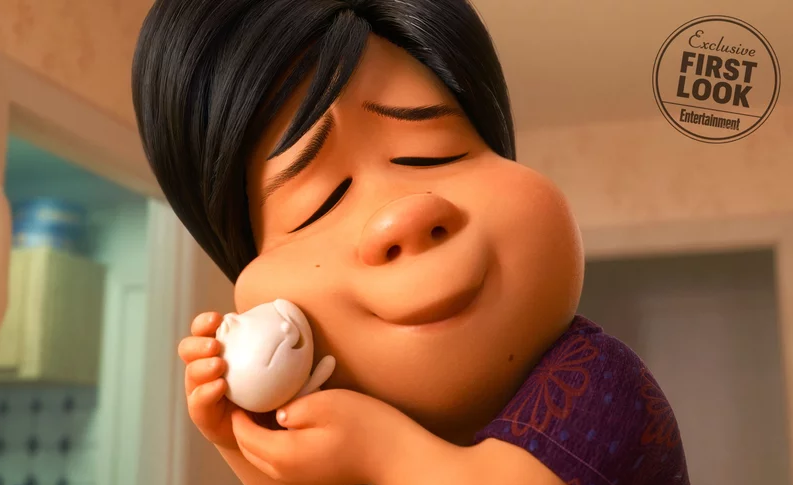 “Bao,” the short film set to premiere with Incredibles 2 this summer, got us plenty excited with its short synopsis and the fact that it’s Pixar’s first film (feature length or otherwise), to be directed by a woman. Courtesy of Entertainment Weekly, we now have more details on Domee Shi’s directorial debut, as well as some lovely art work!

Much like Sanjay Patel and his directorial effort, “Sanjay’s Super Team,” Shi was inspired by her own childhood as the daughter of Chinese immigrants.

“Often times it felt like my mom would treat me like a precious little dumpling, wanting to make sure I was safe, that I didn’t go out late, all that stuff. I just wanted to create this magical, modern-day fairy tale, kind of like a Chinese Gingerbread Man story. The word ‘bao’ actually means two things in Chinese: Said one way, it means steamed bun. Said another, it means something precious. A treasure.”

Truly one of the most encouraging things is the variety of stories coming out of Pixar, which have been long overdue. And it’s especially wonderful that Pixarians like Patel and Shi are given the opportunities to tell these very specific stories informed by their lives and families. We can’t wait for more updates on what will surely be one of Pixar’s most charming shorts, and can’t wait to see it on June 15th!