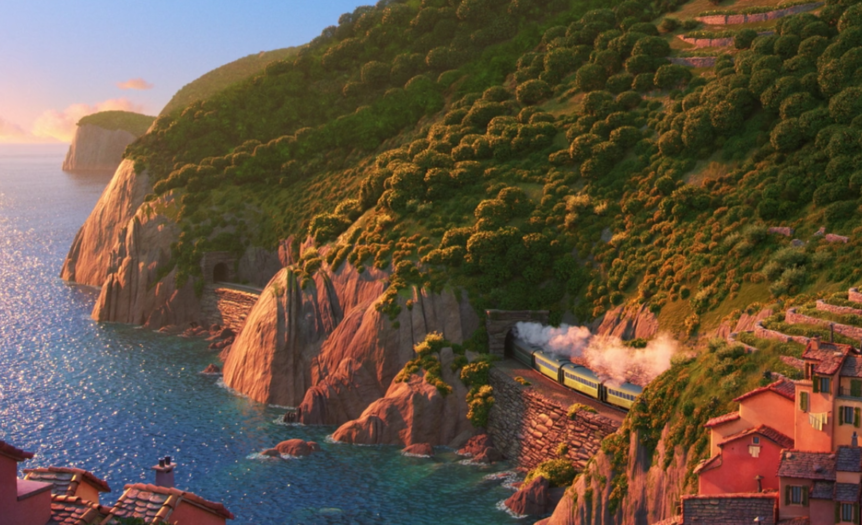 There is so much I love about Luca, it would be hard for me to fit it all into one post. (Believe me, I’ve tried. I don’t even know how many drafts of this post I’ve attempted and then discarded). Joanna wrote beautifully about the Studio Ghibli influences and I was thrilled to draw a connection to Roman Holiday beyond the obvious parallels. And yet, there is a lot more to say.

Watching Luca is like eating my favorite pasta or spaghetti every day – I don’t get sick of it.

On my third viewing, I’ve discovered a lot more that makes me laugh, that moves me, and that makes me think. Luca is an adorable movie. It’s charming, childlike and totally wacky. Look beyond the surface however, and you’ll discover something deeply meaningful.

I don’t mind the low stakes in Luca. In fact, that’s one of the things I enjoy most about it! I’m not quite sure why people always expect (or demand) Pixar’s stories to be intricately complex. People still think animated movies are exclusively for children and express shock that these films could ever impart any meaning to adults. Luca is maybe the most “kid friendly” Pixar movie since The Good Dinosaur, because like that film, the protagonists are young children. And even though there are moments of peril in both (Ercole attempts to murder Luca and Alberto during their sea monster reveal in the triathlon), these kids aren’t burdened by the anxieties typically explored in Pixar’s stories. (Poor Arlo still has to confront death and fear in The Good Dinosaur).

I also think Luca is so kid friendly because of its silly humor. “What’s wrong with you, stupido!” just doesn’t delight an adult the way it does a child. And I love that. I’m really watching Luca with the eyes of a child.

Luca also recaptured the magic of my childhood summers. I may not have grown up in an idyllic seaside town, but this movie transports me back to those carefree, seemingly limitless days. Working full time, I don’t get a summer vacation anymore. (This bums out my nephew too). I don’t feel that same thrill of escape in the summertime as I used to, but Luca does make me feel close to that little girl whose biggest priorities were watching A Bug’s Life and making up new dinosaur games.

Then of course are the moments of childlike wonder, when Luca’s imagination takes flight. Riding a Vespa in midair; soaring alongside glowing fish and stars; walking on Saturn. These moments take firm hold of my own imagination. And I’m so enamored with Luca’s wide eyed awe of the world around him when he ventures to the surface. If only we could always see life this way! (That was also a message in Soul).

Luca’s childlike appeal is also found in Ercole’s long overdue comeuppance. At first I thought it was a bit trite, his humiliation and even the rejection by his friends. But then I realized: this isn’t for me. This is for little kids to see that bullies don’t go unpunished.

Like all good children’s stories, there’s a theme in Luca that the youngest viewers won’t pick up on, and it’s this: childhood isn’t forever. But this theme is handled so gently in the film. Luca and Alberto’s dream of riding their Vespa all over the stinkin’ world is full of childish bravado. Even shape shifting sea monsters can’t live on their own when they’re this young. That dream doesn’t come true because it wasn’t what either of them actually needed. They each found something better instead.

Alberto, abandoned by his father, finds a father in Massimo who will never make him question if he’s worthy of his love. And Luca got him off the island too. It’s crystal clear that this friendship transforms them both.

Luca goes to human school with his parents’ blessing; he’s able to see the world as he’s always longed to without running away from them forever. Daniela and Alberto insist that they know what’s best for Luca. “I know you,” Daniela tells her son. “I’m his friend, I know what he needs,” Alberto tells Giulia. They both mean well, but it’s Luca who has to figure that out for himself. He boards that train alone, leaving Alberto and his family behind.

Luca is a coming of age tale that takes away the sting of growing up. It’s still bittersweet and that’s okay. Like the tranquil and glittering sea that surrounds Portorosso, this movie suggests a world of depth just below the surface. 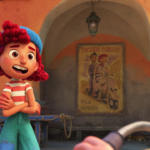 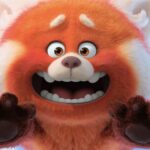