In an admirable move on Pixar’s part, Onward is becoming available digitally under a month after its theatrical release. It will be available for purchase in the US this evening on Movies Anywhere.

#PixarOnward is coming to the US tonight on digital download and will be streaming on #DisneyPlus on April 3rd. pic.twitter.com/FA8m8OR9Cp

Given the current circumstances resulting from Covid-19, this is the best case scenario for a whole host of movies that, ideally, audiences would be continuing to enjoy in theatres at the moment. Households all around the world are being encouraged to stay indoors – let’s hope that Onward, and many other movies choosing this direction, will brighten up some days in this uncertain time.

In just two weeks (April 3rd), Onward will also be available on Disney+ in the US.

From all of us at Upcoming Pixar – stay safe, and look after yourselves! Remember that panic and worry spread more easily than empathy and kindness. Let’s all take things a day at a time. If any of you want someone to talk to, hop over to our Facebook, Twitter, or Tumblr page and one of us will gladly chat about Pixar movies with you! 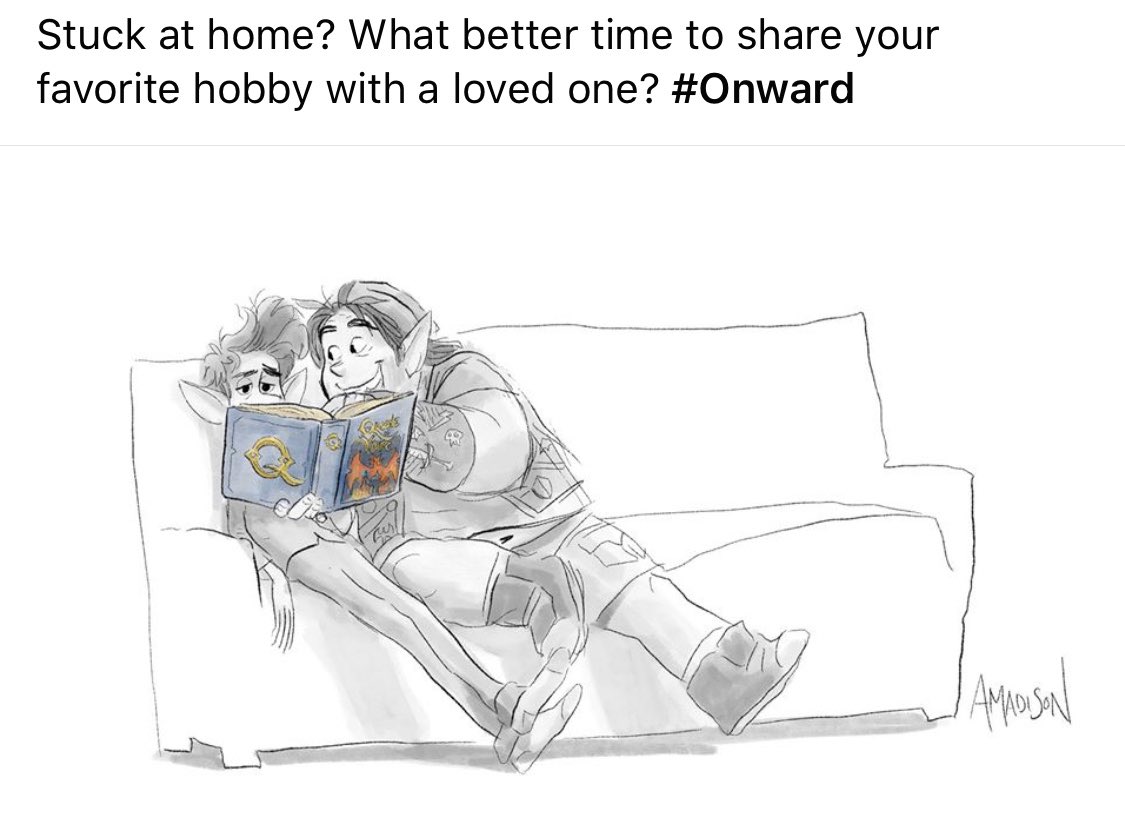 A Q+A with Onward’s filmmakers
Next Story »