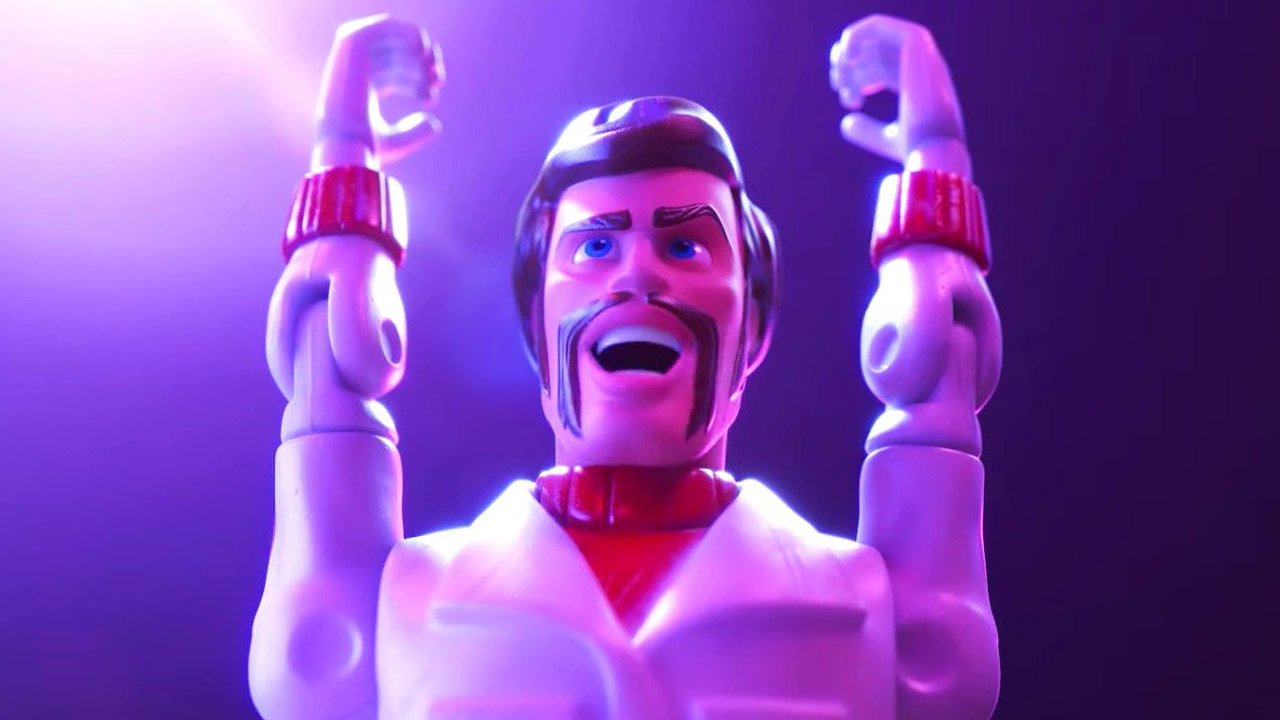 
First of all, how many poses can Duke Caboom really do? Is he Canada’s only daredevil? How does he style his goatee so perfectly? And why is he so freakin’ cool?

In the teaser, we watch a vintage style advert showcase Duke riding his motorcycle, doing dangerous jumps through hoops, and somehow managing to pose on his ride as he soars through the sky. The trailer then cuts to a child playing with a Duke Caboom toy as she attempts to replicate his famous jumps through a hoop set. We quickly find out, a la typical Toy Story fashion, that these toys can’t do what they’re advertised for. Just like in the original Toy Story, Buzz discovers he can’t really fly but Duke Caboom already seems to know that everything’s all a facade, as he utters the line: “It’s a commercial, it’s not real! I can’t jump that far!” It will definitely be interesting to see how Duke interacts with Buzz, Woody, and the rest of the gang and what role he has in this new adventure. Duke Caboom is also voiced by real life action star Keanu Reeves, so we’re all definitely in for a massive treat.
In addition to the teaser, Pixar also released some stunning new character posters that show Buzz, Woody, and Bo Peep giving their best action hero pose as we near even closer to Toy Story 4‘s June 21st release. It seems like everyone is inspired by Duke…

Next Story
New Toy Story 4 Goodies – From Cereal to Books to Topiaries!