Today, Pete Docter took the stage at the Annecy International Animated Film Festival to share details on his next film, Inside Out. Along with the clip from last year’s D23 presentation, Docter revealed more about the inspiration behind the film and screened a never-before-seen sequence. (Also new: a revised logo for the film. Photo via Disney France.)

Pete’s daughter Elie was a major influence on the design and characterization of young Ellie in Up; in fact, she even voiced the character. For Inside Out, Elie provides the inspiration for the main character (and setting), 11-year-old Riley. A new clip from the movie’s opening illustrated the birth of Riley and her first experiences with each of the film’s five emotions: Joy, Angry, Sadness, Disgust, and Fear. The sequence also expanded upon ideas brought up in the Inside Out story meeting detailed in Creativity, Inc. For example, Riley’s memories are stored in globes that glow according to the emotions associated with them – yellow for joy, red for anger, etc.

After the screening, Docter signed autographs and handed out prints of a new piece of art featuring Joy and Sadness. (Photo via Hayleyanimates)

Inside Out releases in the United States on June 19, 2015, followed by a French release on the 26th.

(Thanks to Pixar-Planet.fr for a summary of the event)

UPDATE: Disney has officially released the new logo treatment and synopsis for the film.

From the tepuis of South America to a monster-filled metropolis, Academy Award®-winning director Pete Docter has taken audiences to unique and imaginative places. In 2015, he will take us to the most extraordinary location of all – inside the mind of an 11-year-old named Riley.

Growing up can be a bumpy road, and it’s no exception for Riley, who is uprooted from her Midwest life when her father starts a new job in San Francisco. Like all of us, Riley is guided by her emotions – Joy (Amy Poehler), Fear (Bill Hader), Anger (Lewis Black), Disgust (Mindy Kaling) and Sadness (Phyllis Smith). The emotions live in Headquarters, the control center inside Riley’s mind, where they help advise her through everyday life. As Riley and her emotions struggle to adjust to a new life in San Francisco, turmoil ensues in Headquarters. Although Joy, Riley’s main and most important emotion, tries to keep things positive, the emotions conflict on how best to navigate a new city, house and school. 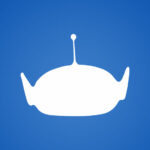 ‘Finding Dory’ Gets a Co-Director
Next Story »

Pixar Reveals ‘Lava’, Previews ‘Inside Out’ at Press Event...