Pixar’s new trailer for The Good Dinosaur is not to be missed. Just over two minutes long, the trailer is effective for a variety of reasons: it shows just enough without revealing key plot elements, the friendship between Arlo the apatosaurus and Spot the human boy is well established, and the animation/art is stunning.

Certain images within the trailer look as if they came from live action footage. One beautiful example are the leaves which appear to the right. It’s becoming more abundantly clear that this film will indeed be a visual masterwork, blending more realistic landscapes with the cartoony look of Arlo and the other dinosaurs. That’s one similarity Good Dinosaur shares with Inside Out.
This movie has gone through many transformations and an evolution of its own to become the film it is now. What the trailer promises is an adventure fraught with peril, with its fair share of tears along the way. Since Arlo is the only one who speaks, it’ll be interesting to see how he and Spot are able to communicate in this vast terrain.
The Good Dinosaur opens nationwide on Thanksgiving. Let us know what you think of the trailer! 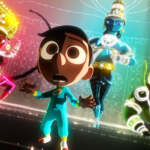 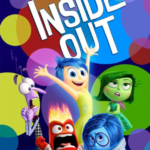 Next Story
Inside Out blu-ray & DVD