In Toy Story 4, filmmakers needed new locations for the characters to inhabit, characters that the audience has grown up with and loved. It makes sense for the Toy Story universe to expand beyond a child’s room, a toy store, and a daycare. The latest film brings the toys and the audience to unexplored places. 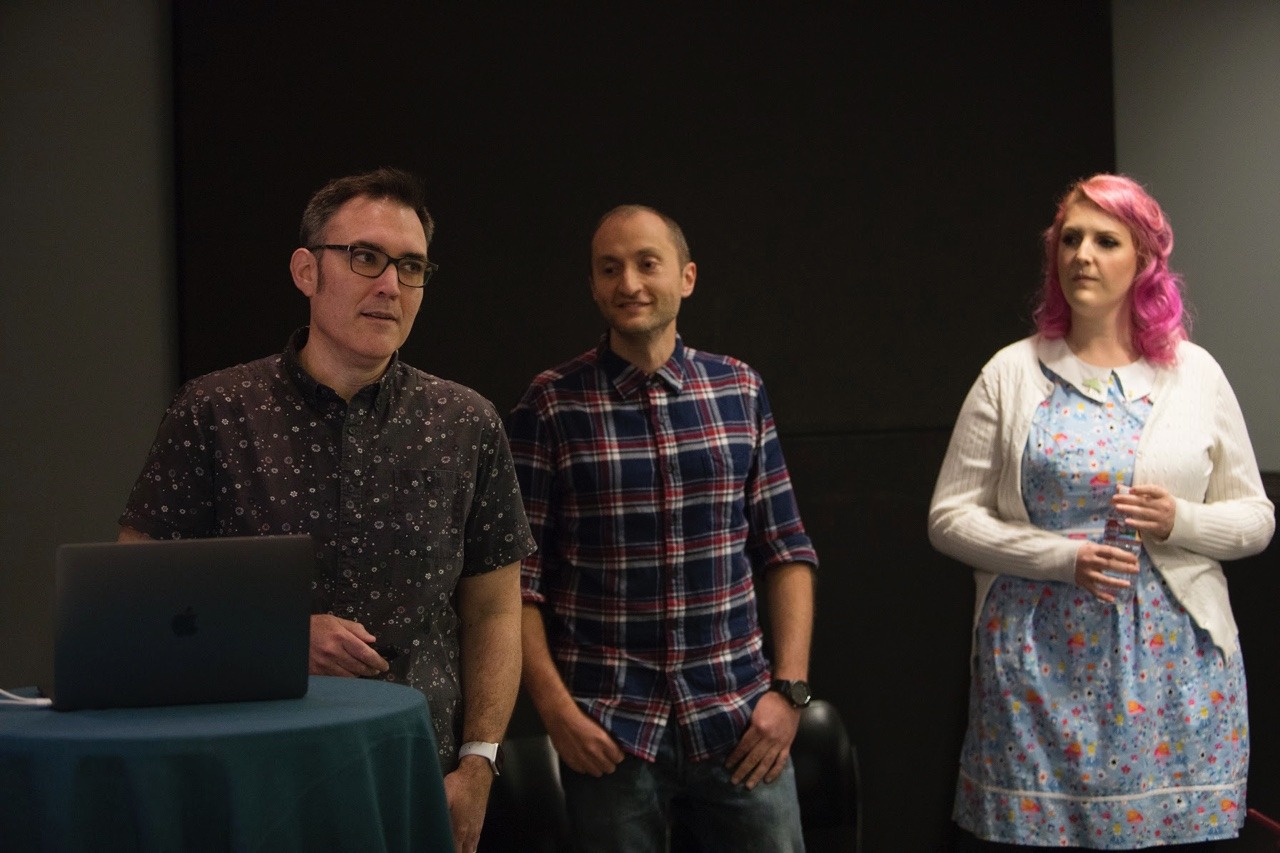 Pixar’s sets department, comprised of 30 people, was responsible for making the two newest sets for the film: the antiques store and the carnival. To borrow from sets supervisor Stephen Karski, we take these places for granted. Toy Story 4 however, allows us to see them from a totally new perspective.

We were given a glimpse into Second Chance Antiques (established in 1986, which makes it the same age as Pixar) when we met Gabby Gabby, but how was it created? Pixar films always involve research trips, and the same is true for Toy Story 4, even if antique shops and carnivals aren’t all that exotic. The artists and technicians are still committed to delivering authenticity without straying into realism. It’s truth to materials once more. Production designer Bob Pauley described some of the results of these trips to local antique stores.
“We discovered a lot of charming, interesting, and fun people running them, and many visual similarities from store to store. There’s often a spotlight, a juke box, sometimes a big plastic Santa and of course lots of collectibles and real antiques.”
Second Chance is not only where we meet Gabby Gabby, but it’s also where Bo Peep spent so many years. Just like any character, the store has its own backstory and unique history. Since a majority of these antique shops were once other things, Second Chance was once an appliance and department store all in one. Sets art director Dan Holland refined the final design of the store, which he first visualized as either a car manufacturer or a furniture store.
Cameras were placed on the ground for the toy’s point of view. The scale determined how big the store was in relation to both toys and humans. Stephen Karski let us in on one of their key goals with the antiques store: constantly reinforcing to the audience, both consciously and subconsciously, that we are getting the toy’s eye view. 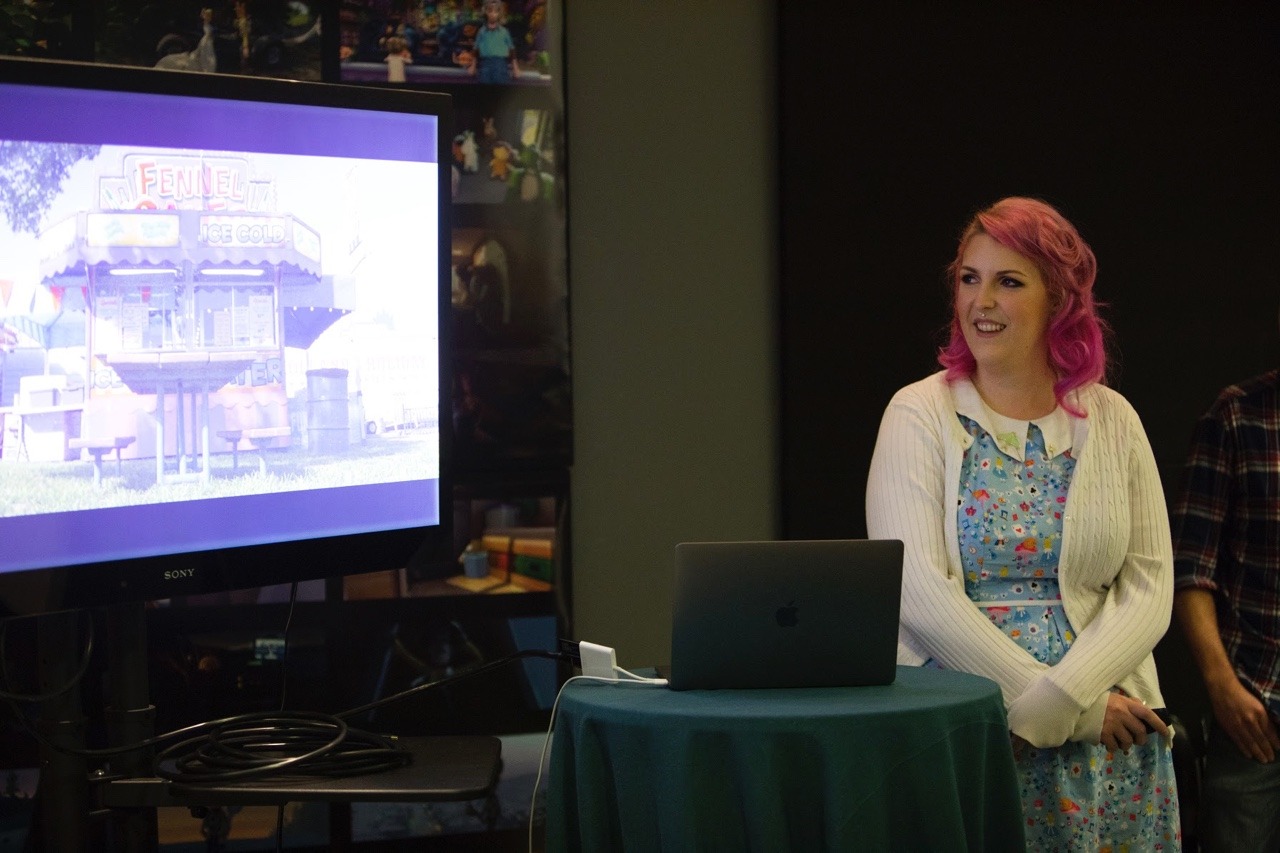 Sets technical director Rosie Cole designed the set modeling and dressing for Second Chance Antiques, which involved arrangement of the furniture, as well as arranging the items in a random order that was still cohesive and appealing. The antiques store also resembles a city, and each neighborhood has a specific theme. A warehouse of props, many of them from previous Pixar films, also filled up Second Chance. It’s the perfect set to go hunting for Easter eggs! Cole, whose family owned an antique store, grew up in one, and so she was familiar with all the hiding places.
The antiques store also has a staggering level of detail which further lends it authenticity. Director Josh Cooley challenged his crew to add an extra layer of age, history, and wear – as seen in the film still below. Those cobwebs and scratches serve a purpose and there are lots more in Second Chance Antiques.

And those cobwebs? They were made by spiders. Not real ones, but a computer program of artificial intelligence spiders. Pixar’s advancements in technology never cease to amaze. According to Thomas Jordan, they never would have finished the film if they had to make those cobwebs themselves!

Toy Story 4‘s second set also provided ample opportunity to introduce a familiar world that was still new. The carnival just made sense in relation to the story. Screenwriter Andrew Stanton put it this way: “If you think about it, a carnival has the cheapest, saddest, most disposable toys known to man.” Carnival toys are a parallel to the ones in an antique store, too.
There was just one research trip to a carnival in the nearby town of Walnut Creek. Photos of carnival rides served as reference for the ones in the movie. But there were also other factors that had to be accounted for, ones which the audience won’t even think about. How is everything powered and how do the crowds of carnival goers not get in the way? And there are also the trash cans – good for humans, but perfect for toys; more hiding places.
Cole worked on the game booths for the carnival, arranging the toys by theme, but also varying their shapes and sizes. A childhood love of antique carousels also motivated her to design the one in the film. They filmed the inside of the carousel too, making sure that all of the working parts moved correctly.
There’s a level of detail in these sets which hasn’t been seen before in a Pixar film. Bob Pauley noted that not many will notice all of the details, but they remain necessary anyway. Karski told us that the crew is passionate about taking the audiences to places we can’t normally go and experiencing them through our favorite toys. Pixar movies often transport us to vast places both real and imaginary. In Toy Story 4, the familiar is made brand new.
Advance tickets for Toy Story 4 are now on sale! Get yours today!

Previous Story
The Dish Ran Away with the Spoon, and The Spork Ran Away to the Trash
→

Next Story
Meet Forky In A New Toy Story 4 Clip

One Reply to “A Toy's-Eye View”