The Dish Ran Away with the Spoon, and The Spork Ran Away to the Trash 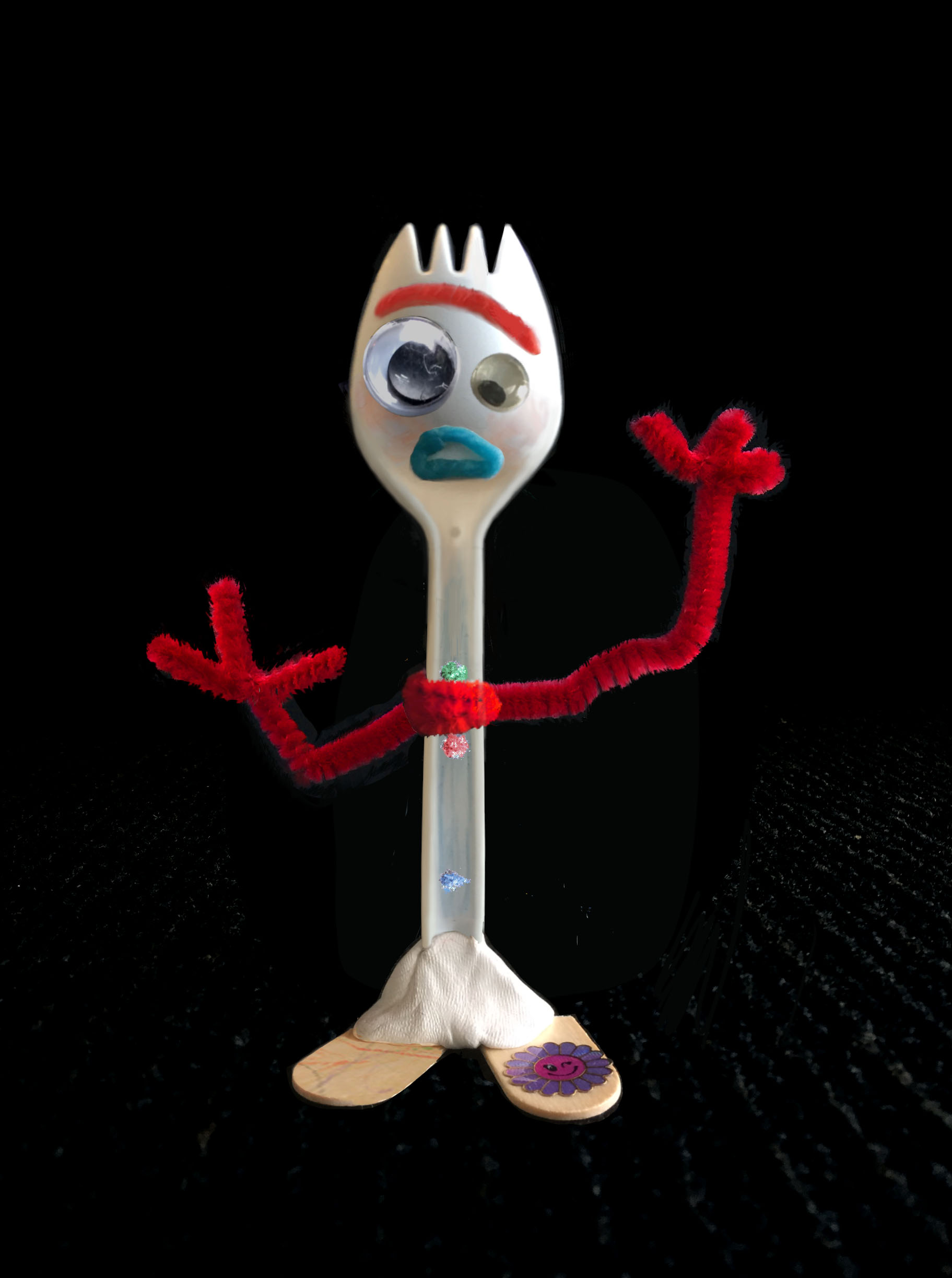 Sporks are going to be the newest sensation, thanks to Pixar. Typical of them, right?

THREE-IN-ONE – He’s not a fork. He’s not a spoon. And most of all, Forky is not a toy! At least that’s what he thinks. Bonnie created him from an assortment of supplies Woody’s retrieved from the kindergarten trash can. So, it’s no wonder Forky feels strongly that he’s trash and not a toy.

I got to make a Forky of my very own while at Pixar! Mine was a bit plain, but then his eyes became lopsided and he started to resemble Bonnie’s Forky. Just a little bit. I regret not taking advantage of all the glitter we were given.

Animator Claudio De Oliveira supervised our arts and crafts session, and he walked us through Forky’s creation. The studio’s artists made many versions of the spork-turned-toy before settling on his final design.

De Oliveira began by focusing on Forky’s limitations because ideas would flow from there. And flow they did. Truth to materials is the principle that was touched upon repeatedly in each presentation, and that’s what Forky’s design adheres to as well. De Oliveira had to explore the ways Forky would be able to convey emotion with his minimal movement. Since he has googly eyes he doesn’t blink, and he has to move a certain way because of his plaster/Popsicle stick feet. At first, De Oliveira was somewhat ambivalent about the character because he wasn’t sure how Forky would be powerful, but his potential was unlocked when De Oliveira was working on him at home. Suddenly one of those googly eyes moved and Forky was alive!

But it was Tony Hale’s performance that added the extra bit of life and emotion. Seeing him in the recording booth was honestly such a treat. His expressions provided a wealth of inspiration for animators.

“Tony’s performance as Forky is a comedy salad of confidence, confusion and empathy…served by hilarious spork.”
-Josh Cooley 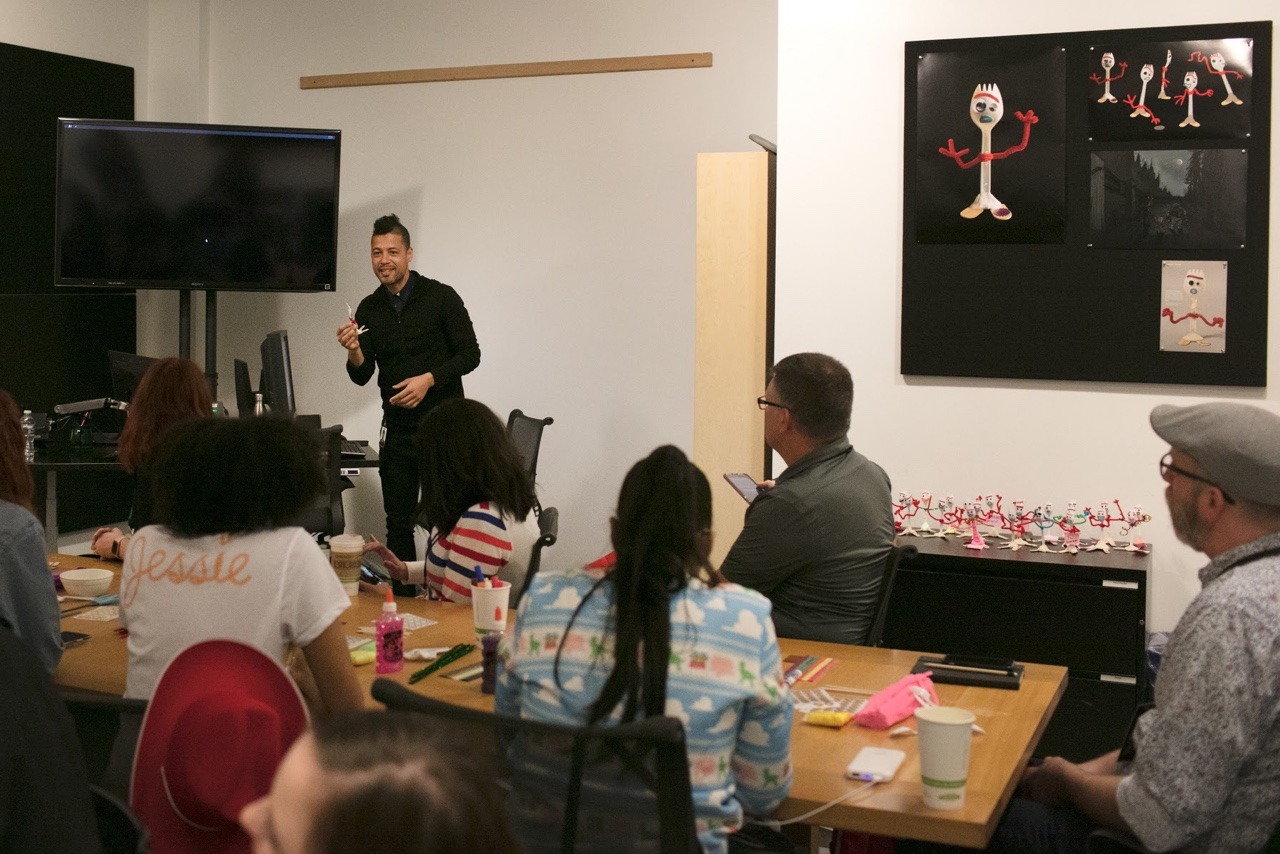 Claudio De Oliveira presents details about the creation of the character Forky, as seen on the Toy Story 4 Long Lead Press Day, on April 3, 2019 at Pixar Animation Studios in Emeryville, Calif. (Photo by Deborah Coleman / Pixar)

The most side splitting moments of the film, at least of the footage that was screened, involve Forky saying ‘trash’ with longing and jumping into any available trash bin. And actually getting to see Hale squeal and shout just that one word made me laugh even harder as I pictured the movie scenes. Gaining sentience positiviely freaks Forky out, which is why he’s so adamant, in Cooley’s words, “to fulfill his purpose as a spork, but now has a new toy purpose thrust upon him.”
So can you guess where my Forky ended up? That’s right, the trash. He didn’t survive the airport (his legs broke off), and then eventually the rest of him did too. There’s no doubt in my mind that movie Forky would have welcomed such a fate. How does he even stay intact through the entirety of Toy Story 4 anyhow?! There are so many more questions about Forky, too. Producer Jonas Rivera addressed these concerns in a recent interview with Yahoo! Sports. Though Rivera cautions us not to think too deeply about the logistics of the toy/Toy Story universe, that doesn’t mean we shouldn’t.

“[Forky] is a wrench thrown into the works of the Toy Story universe.” 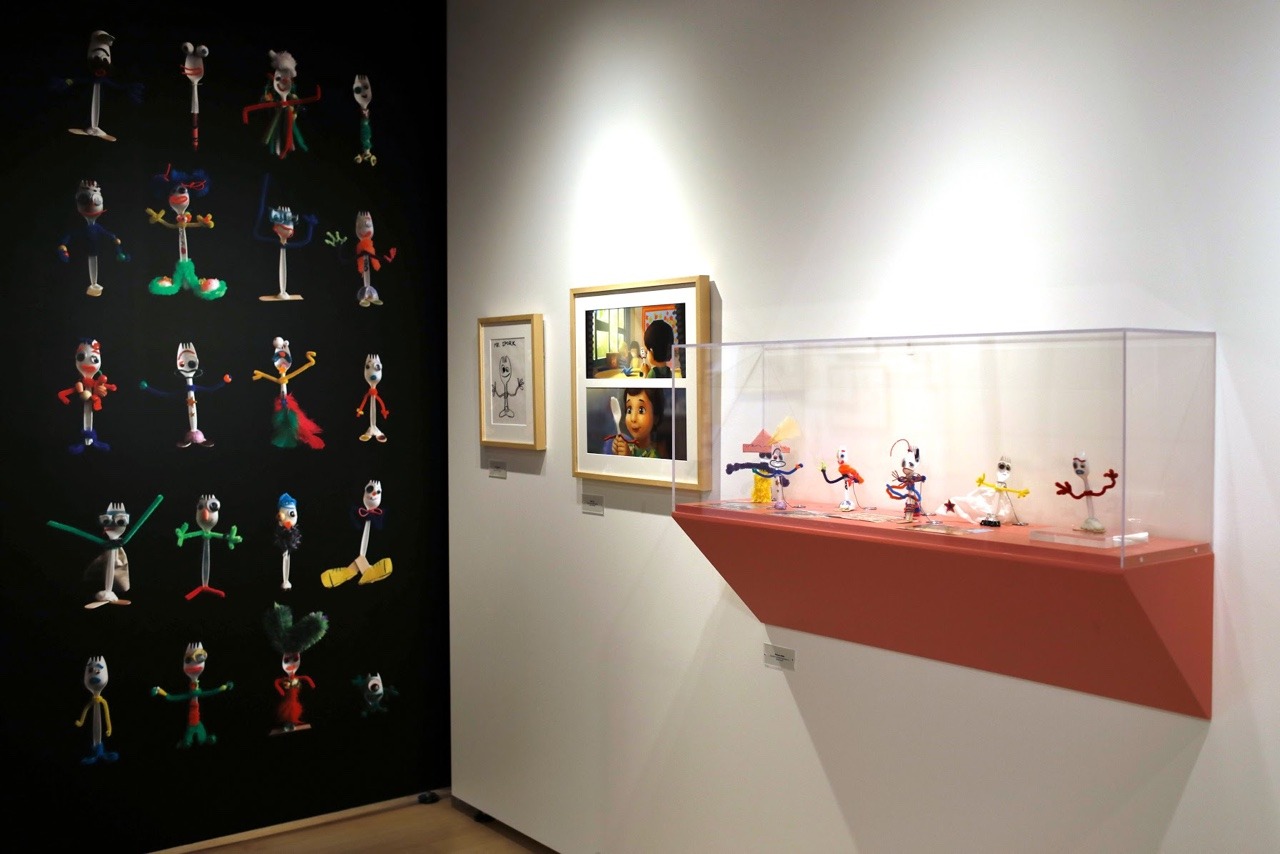 Getting to make a Forky of my own made me feel like a kid again. And I’m pretty sure lots of people, including adults!, will be gluing googly eyes onto sporks after the film is released. De Oliveira was able to share Forky with his family too. His young children made their own versions of the character and were so ecstatic about him that it’s clear Forky is going to be a memorable and beloved addition to the Toy Story family. What’s more, he also spoke about how young kids will be able to connect to the character because they can make Forky themselves. This idea is further reinforced by Bonnie. She made Forky on her first day of kindergarten when she was feeling anxious, and he instantly brought her joy and comfort. Because Forky is so important to Bonnie, Woody makes it his mission to keep him from harm. And the trash. Last modified: May 24, 2019

Next Story
A Toy's-Eye View