Soul is all about the essence of a person. In most religions, like mine for example (Catholicism), the soul lives on after death. We also believe that our souls will one day be reunited with our bodies. A person’s soul will either go to Heaven (an eternity of holy bliss), Purgatory (a purification process before reaching Heaven), or the dreaded Hell (an eternity of unholy agony).

I know these beliefs are strange, but that’s precisely why I am fascinated by Soul. This is one of the reasons Coco resonated with me so much, too. We pray for all of our dead, the ones we knew and loved, and even those we didn’t. We can’t forget them, as Coco so beautifully showed us.

Soul is not about the afterlife, though we do get a brief glimpse of the Great Beyond. That’s where souls journey after death in this film’s universe. Small wonder then that Joe is terrified of this unknown, the end of his Earthly life, and starts running in the other direction, where he lands – poof!- into an entirely different realm. In direct contrast to that monochrome expanse, this place, the Great Before, is a pastel dreamscape, filled with soft hues of blue, green, and purple. It is here that newly formed souls get their personalities, quirks, and interests.

What does a soul look like? That was one of the major challenges on this film. I’ve always pictured them as a red plume, like a candle flame. (Maybe a bit Calcifer esque)? After a few trial runs, the souls looked too much like ghosts. Producer Dana Murray mentioned that they overcame this hurdle by adding color: “If souls represent the full potential of who we are inside, maybe we could use color to help show that.”

The film crew also discovered aerogel, the lightest solid material on Earth, which is used by NASA. The aerogel helped with the appearance and texture of the souls. The result is simple but not at all simplistic. Usually it’s the most simple things that require a fair amount of effort and brain power. Souls are immaterial and abstract, but the Pixar artists infused them with whimsicality. Now this abstract concept becomes more accessible with lots of childlike appeal.

There were more things to consider as well. Newer souls are very smooth and float because they have no concept of gravity. Mentor souls are those who are not quite ready to pass over to the Great Beyond, so they are assigned a new soul to guide before they reach Earth. This is how Joe gets paired up with 22. Mentors, unlike the new souls, have discernible features and accessories. In Joe’s case, his hat and glasses help to distinguish him. The mentors walk around because they’re so accustomed to gravity, although they don’t need to.

22 is different from the newer souls: she has a tuft of hair, bigger teeth, the ability to grow legs and walk, and an adult speaking voice. This is because she’s been in the Great Before a long time, and knows a lot about Earth. She’s outgrown the bounciness and sheer wonder of the baby souls. That was something I found so interesting during the virtual press event in September: a lot of thought informed these designs, things we can so easily take for granted.

Soul‘s art team also envisioned some complex design rules: appearing and disappearing limbs, facial features that moved anywhere on the face and big, expressive mouth shapes that took up the whole face. These design rules were first implemented in 2D animation tests. The technical directors accomplished another major feat by simplifying a process that was quite time consuming for the animators. Jude Brownbill explained that there were “facial lines that were hand animated to appear, disappear, and change thickness with each expression. TDs figured out how to automate these lines, helping to anchor the eyes and the mouth on the face, help keep them on model and appealing, and to provide clarity and extreme emotions like confusion, fear, and rage.”

A soul’s guide to the universe

Our universe is staggeringly incomprehensible. How exactly can you capture that vastness? Here’s how Pixar did it.

It’s human nature to make sense of things and create order out of seeming chaos. Movies like Coco, Beetlejuice, A Guy Named Joe, and A Matter of Life and Death depict the afterlife being run just like a government agency. Soul has a similar system in place with its Counselors and You Seminar. Jerry, one of the Counselors, explains to Joe that everything he sees has been simplified enough for his tiny human brain to understand. The same must also be true for us contemplating the origins of each human life.

The Counselors presented another unique challenge for the artists and animators. The team was inspired by Swedish sculptures, nature, and light itself. And that is what they resemble: beams of light made physical. They are possibly the most striking thing about Soul, odd and ethereal all at once. I would love to see an entire film in this style.

So how were these gossamer thin characters designed? The Counselors are just a single line, but again, it’s deceptively simple on the surface.

Bobby Podesta remarked that they look like the easiest things to animate, but of course they weren’t. These are living lines. Wire sculptures were created to show how the Counselors looked from different angles and with various expressions. 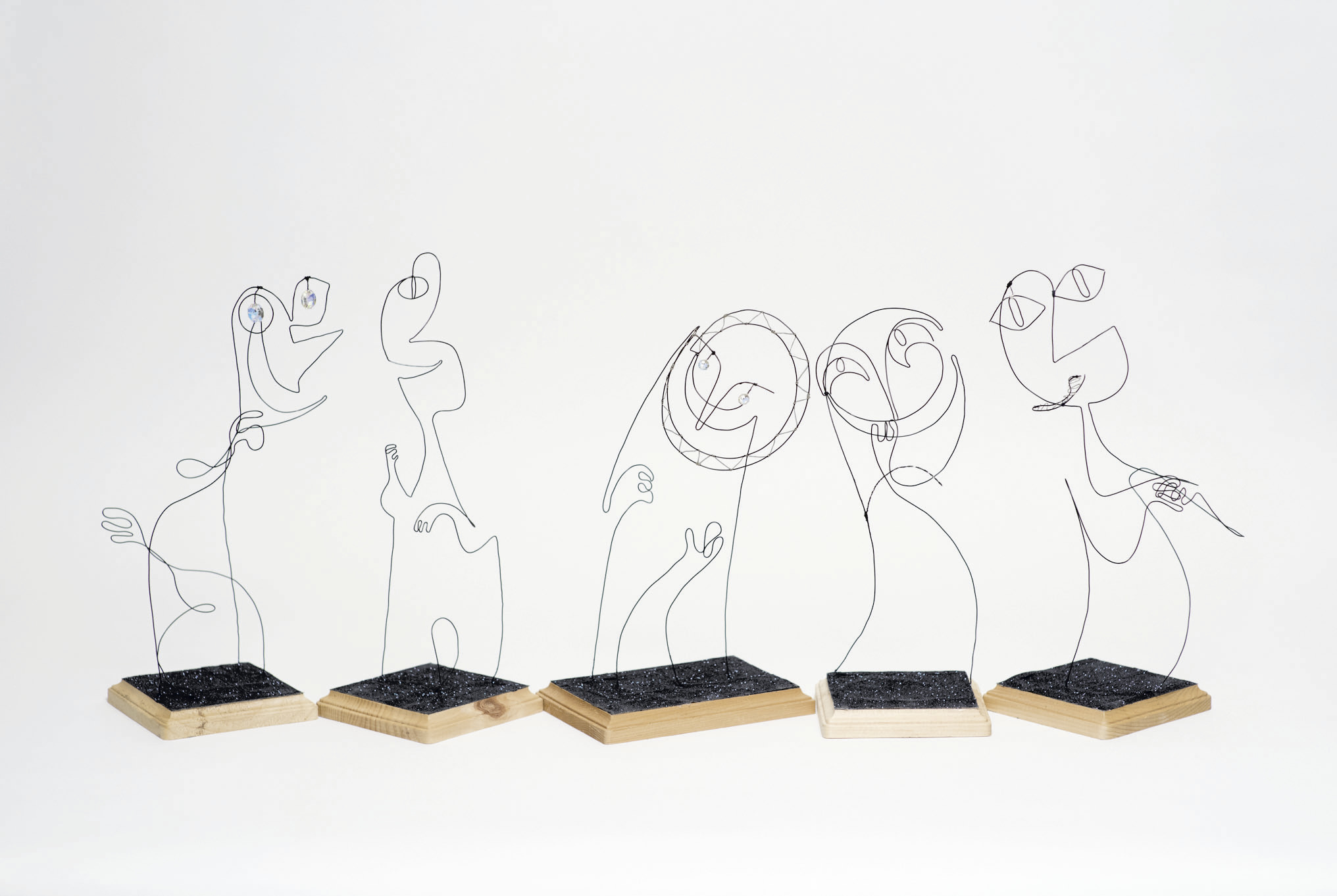 We began exploring shapes, expressions, movements, and transitions, and the animators didn’t just animate a model. I mean, they animated a design, and you can see that here. The characters captured that sense of a living line, a piece of art in a form that was understandable, yet still ethereal. So, to achieve the sense of design within the animation, our animators had to draw on their backgrounds as artists to craft a visually stunning performance, and it’s that combination of being both an actor and an artist that raises the bar at Pixar to a level that we hope continues to exceed our audience’s expectations.

Seeing these lines in motion is truly astounding. Pixar never stays in the same spot. The artists are constantly pushing boundaries, so each new film contains something we’ve never seen before.

Below is more awe-inspiring artwork I’m so excited to share. Soul will premiere on Disney+ on December 25th. 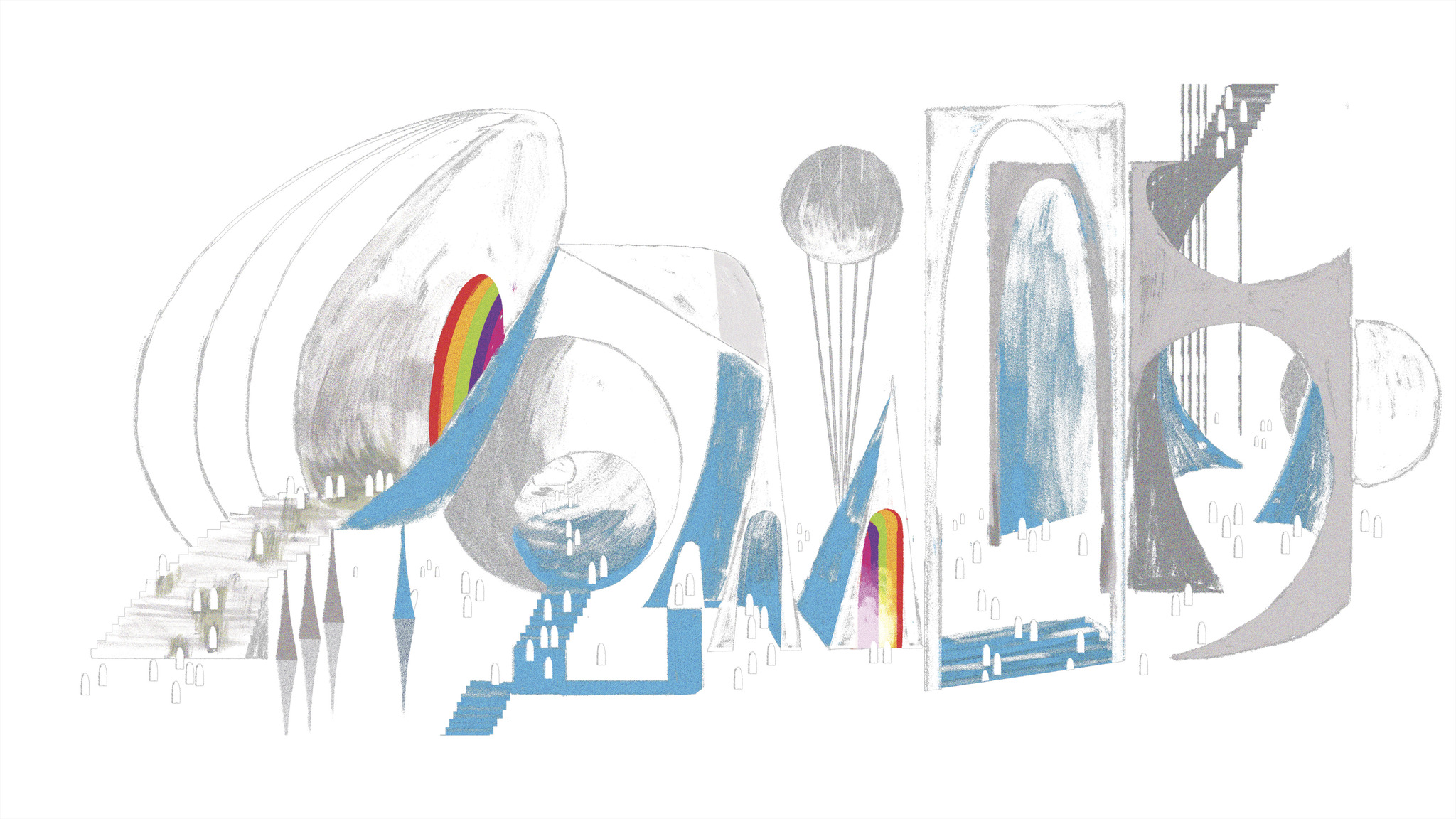 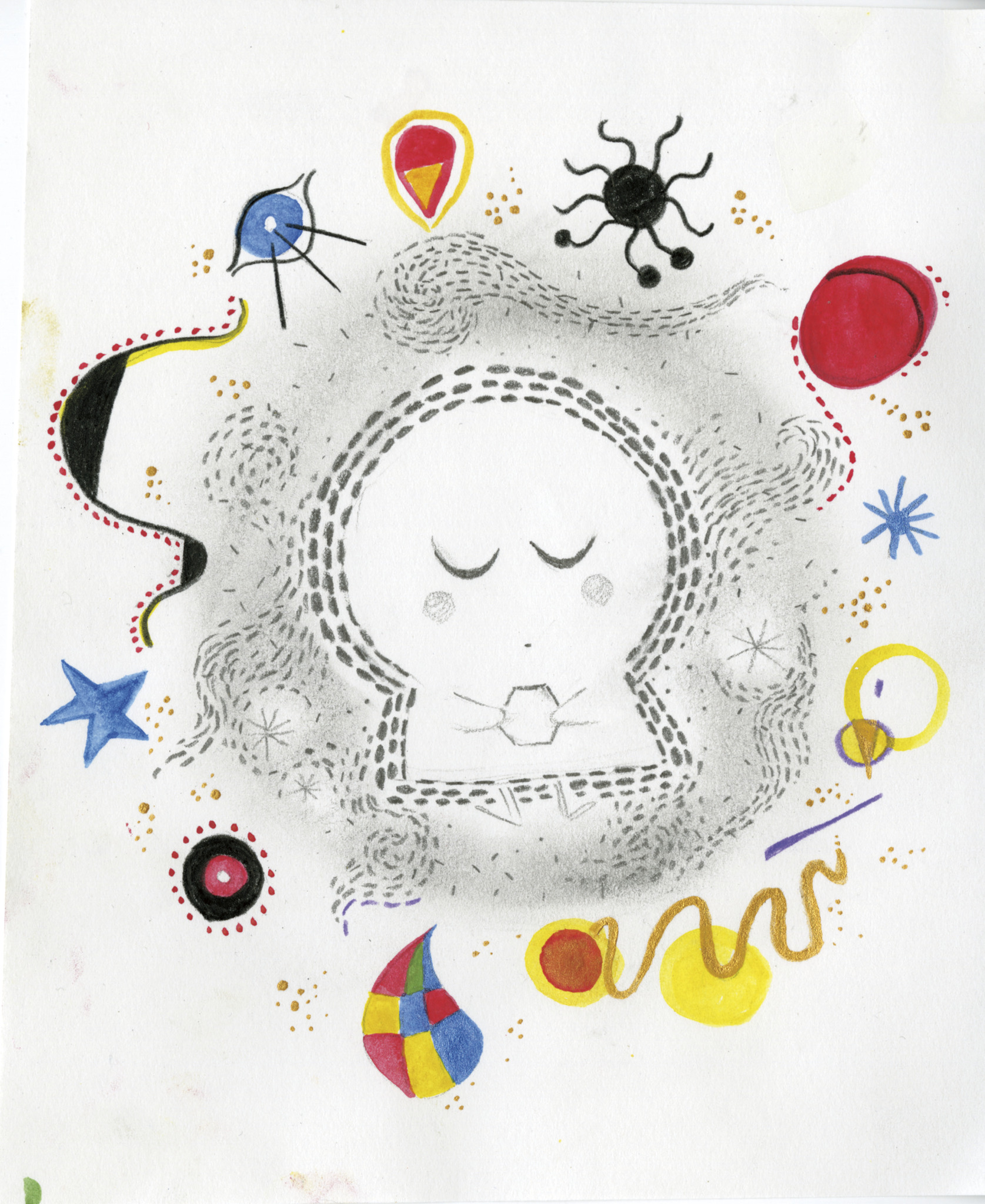 A new trailer (+ reviews) for Soul!
Next Story »