Burrow – The Beauty of Community and Asking For Help 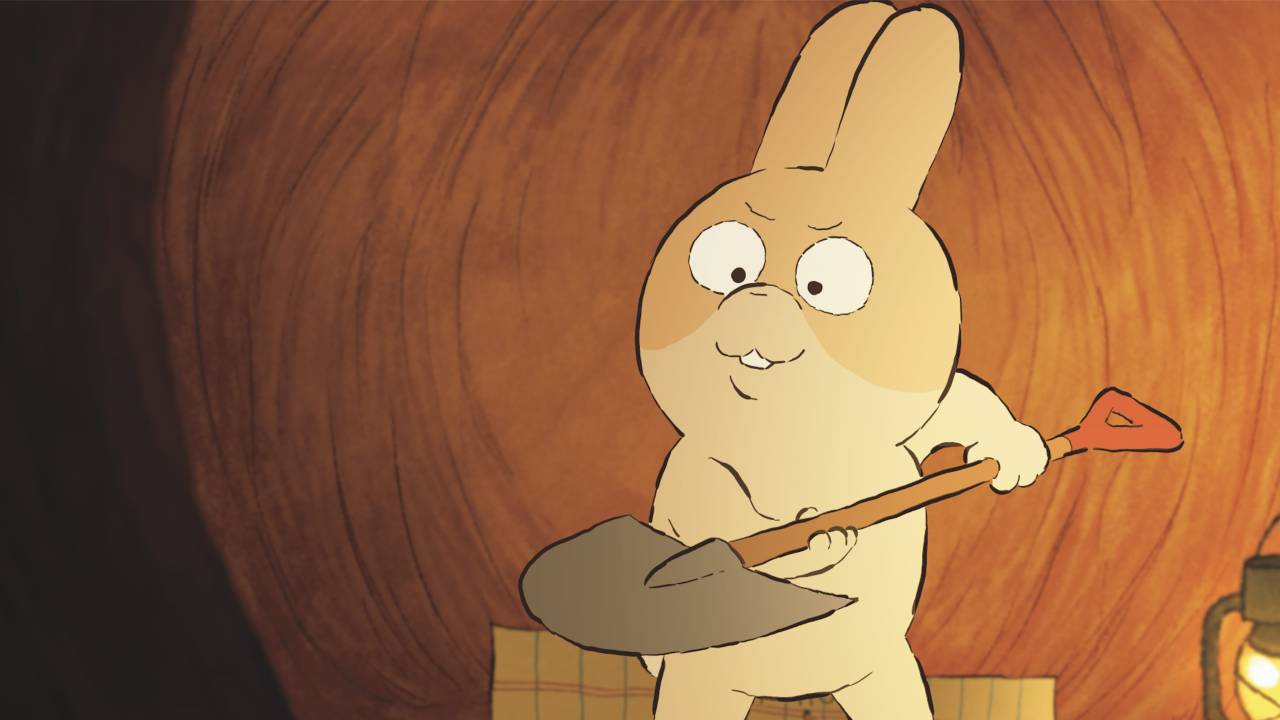 2020’s pandemic gave Soul an added layer of significance, and the same is true for the short film paired with it, “Burrow.” Directed by story artist Madeline Sharafian, the short follows a young rabbit on the quest to build her perfect home. The only problem is that she wants to be alone and her neighbors are a bit too…neighborly.

Even the most adorable Pixar shorts can have lots of depth, as we saw in “Kitbull.” Nothing is as tragic or heart-wrenching in “Burrow” but it did give me lots to think about, particularly now. Rabbit sets about building her home, burrowing deeper underground and is thwarted in her efforts by the other animals. They don’t mean to be in the way but they are, and all she wants is to be alone. 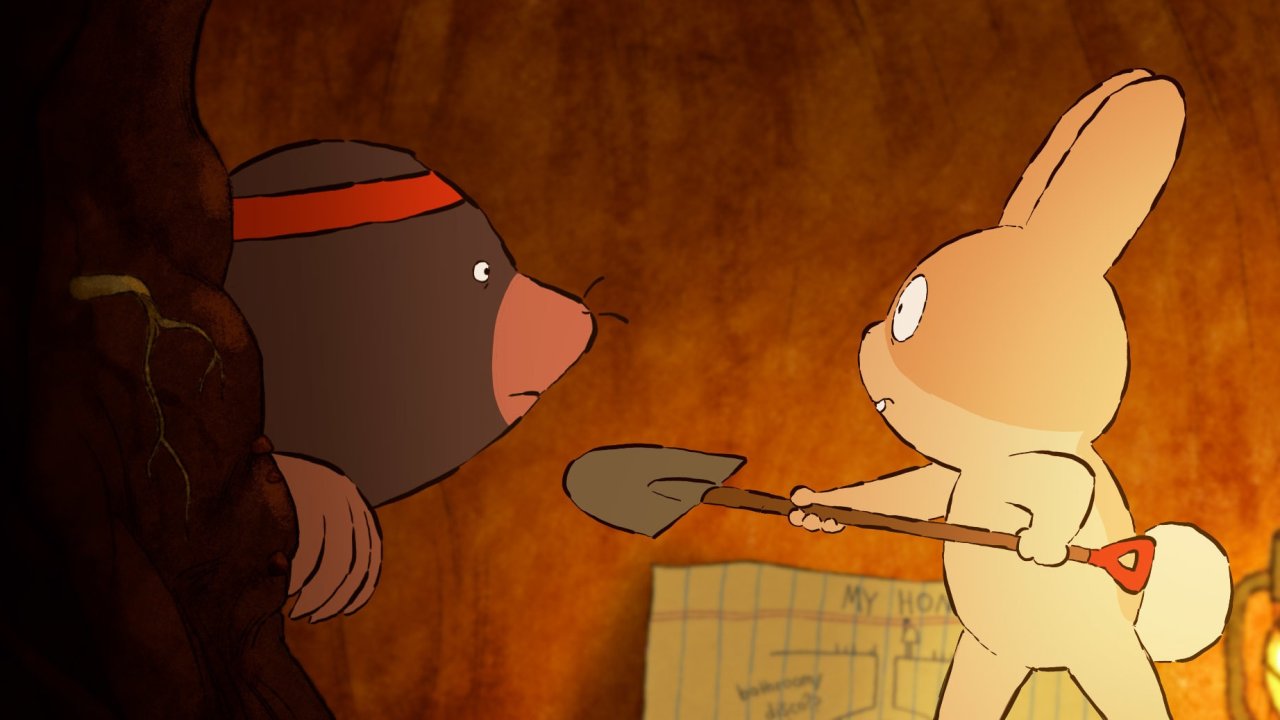 “Burrow” is brimming with lots of storybook charm and is quite silly and playful. Lots of warm colors seep through and its color palette makes it perfect for fall.

No matter what we may be facing, we can get caught up in our pride, thinking we can – and should – get by on our own. We might feel ashamed or burdensome asking for help. “Burrow” makes it clear that we shouldn’t ever feel that way. The short also extols the power of community. As we’ve seen how selfishness reigns above ground, this little film is a timely reminder about the importance of serving our neighbors.

If you follow Sharafian on social media, you’ll recognize her rabbit. I did, and instantly knew she was behind “Burrow” the first time I watched it. Her credits include Onward, We Bare Bears, and Domee Shi’s upcoming Turning Red. I was also lucky enough to learn about the making of the short and how it was inspired. 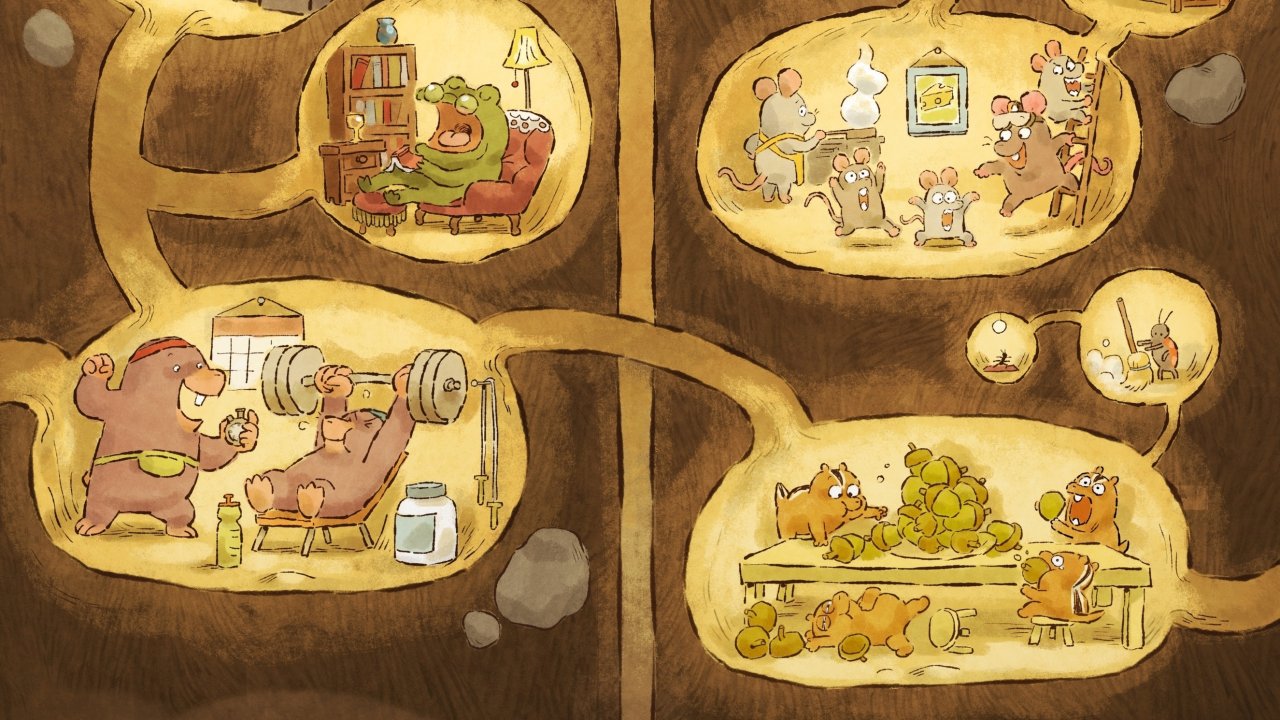 Like Soul, “Burrow” was already halfway completed by the time covid arrived in our world. Sharafian had the idea since 2014. A CalArts alum, she actually left the school in her third year and was “haunted by her fourth film” that she never got to make. Rabbit is based on her – it’s a childhood nickname owing to her two front teeth that got knocked out and then grew in very large. She’s always struggled with isolating herself and a perfectionist nature that refuses to ask for help. So while it may just seem like a cute short on the surface, it actually is personal. The visual style was greatly influenced by children’s books, such as those by Beatrix Potter and Richard Scarry. Studio Ghibli was another inspiration. Sharafian always loved cutaways and that was a detail she incorporated in “Burrow.” The characters were also simple because of the highly detailed and stylized backgrounds.

Here’s an interview I did with Maddie all about the short.

UP: How confident do you feel about directing a full length feature film?

MS: I think part of the Sparkshorts program is for the studio to check your directing skills, but I was checking myself. ‘Is this something I’m going to be comfortable with? Will I be happy or will I just be nervous all the time?’ I think what I’ve found is that if I have a story that I really believe in, and that I think will be fun for people to make, those nerves went away. I was surprised by how comfortable I felt. I think it’s something I’ve proven to myself that I can do, and I would do it again, I think.

UP: Was this short influenced by covid and this chaotic year?

MS: It totally wasn’t! I had this idea so long ago and it’s weird watching it line up with what’s going on now, and I’m glad I didn’t have to make it during covid but I have learned some lessons while making it, like asking for help. I know now how to ask [for help]. Maybe if my housemate is away and I feel lonely – in the past, I would have sadly been by myself but now I know how to pick up a phone and tell someone I’m sad. It improved my quarantine life a little bit.

UP: Was your rabbit always going to be the star of a Sparkshort/your own directorial debut?

MS: I think so! It did take away my fear to be embarking on something with this character. I’ve loved her for my whole life, this rabbit that’s apart of me, my nickname; I use her to represent myself out there in the world. I’m shy in person so to me it felt like I was giving myself a safety blanket on my first scary adventure.

UP: Do you think this short has a connection to Soul at all?

MS: I haven’t seen Soul in a long time. I saw early story reels so I trust that Pete picked it as a good pairing. I’m such a huge Pete Docter fan that I’m waiting to watch Soul on December 25th!

UP: Can we expect a Rabbit series?

MS: Not at the moment…I will always continue to make my personal comics but as far as this goes, I think it’s a done story.

UP: How did you come up with the idea behind the short?

MS: Very much inspired by my own experience working here at Pixar. This is a really collaborative place, especially the story department. I was watching my teammates do these really healthy, awesome things and they’d ask for help. But I realized that if I was stuck, I wouldn’t show anyone. I would just work late. There’s only so many years that you can do that, healthily, and I reached a point where I just couldn’t do it anymore. I had to learn to ask for help and it was around the time that I started making this short. I was making the theme of this short and learning how to live it at the same time.

Everyone at Pixar loves 2D animation, so there were lots of enthusiastic animators who wanted to work on this film. And there will be lots of enthusiastic viewers when the film premieres with Soul on Disney+! Be sure to watch it alone or with your friends and family on Christmas day. It’ll be that much sweeter.

Previous Story
Soul – Something To Look Forward To
→