Editors Note:Now we can show you the pictures from cars however this time from this Jim Hill Media article. All the following pictures are Copyright Disney/Pixar. 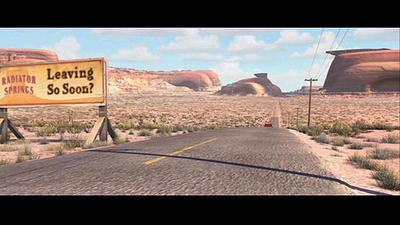 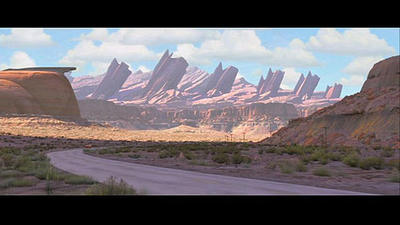 Jim Hill says “Do you notice anything unusual about these buttes and mountains? Don’t they look like the hoods and/or the tail fins of classic cars from the 1940s and 1950s? Well, there’s a reason for that. When we watch “Cars,” Mr. Lasseter wants us to be totally immersed in the world of the auto. That’s why the rock formation that’s located just outside of Radiator Springs looks just like a giant radiator cap. You can catch a glimpse of that immense stone structure in the photo below. Just to the left behind this assembly of characters from “Cars.” 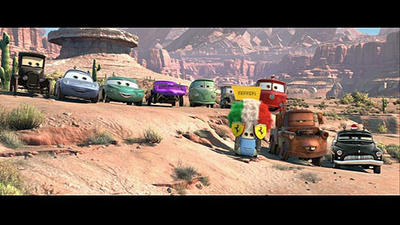 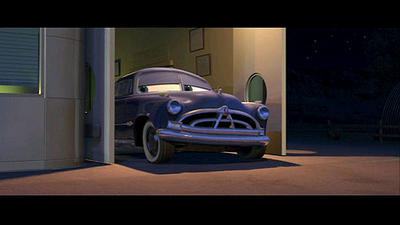 That there is good ol’ Paul Newman’s character, you know the one with the shady past? 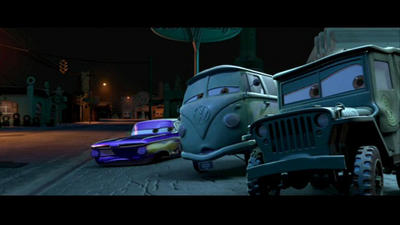 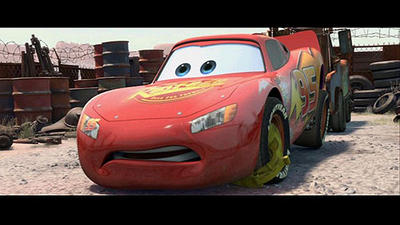 Randy Newman not short on ideas