Last week Upcoming Pixar was invited to a Finding Dory press junket in Beverly Hills. There we got to see the fantastic cast of the film discuss their experiences while working on the project. The room was buzzing with excitement as the cast walked on stage. After watching a screening the night before at the Walt Disney Studios, we were excited to have a few hours set aside to hear about the making of the film and find out more about the new worlds depicted. It was certainly thrilling to get an opportunity to be in the same room as some of the talented folks apart of this film, ask them questions, and hear first hand about their time channelling their characters. The cast in attendance consisted of Albert Brooks, Hayden Rolence, Eugene Levy, Kaitlin Olson, Ty Burrell, Ed O’Neill, and of course, Ellen DeGeneres. 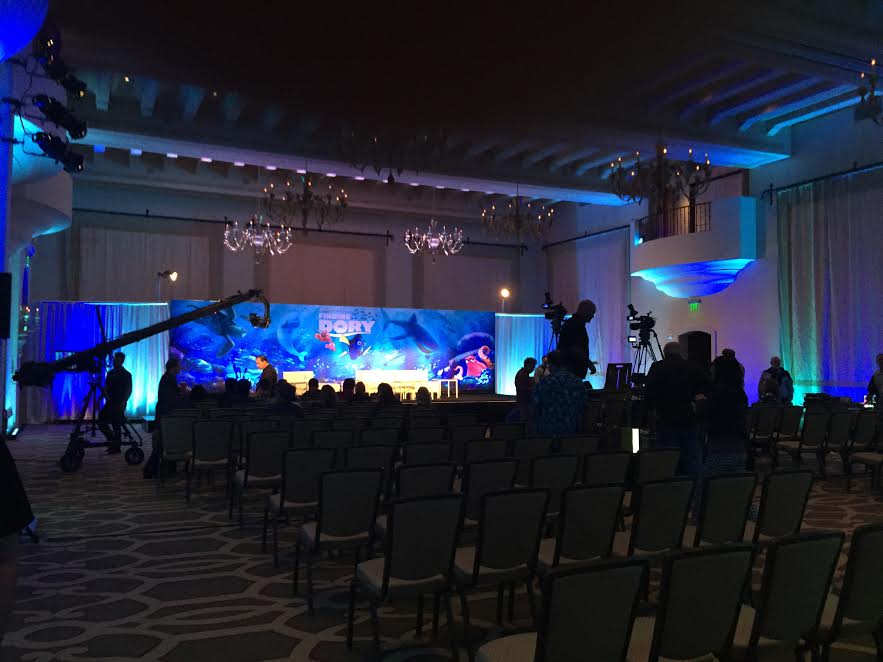 Every cast member on stage contributed something wonderful and added to the story of Dory trying to find her parents. The junket was structured in a way where the audience members were able to ask questions to anyone on stage, which opened up some insightful inquiries. The cast was also very playful during the questions and were quick to bounce back for any comedic opportunities.

Some of our favorite moments:

In a previous conference that same day, director Andrew Stanton and producer Lindsey Collins shared some fabulous insight on how they were able to successfully revisit the world of Finding Nemo and also some of the obstacles they faced in production.

Some of our favorite moments:

It’s always inspiring listening to the filmmakers and cast talk firsthand about how they were able to collaborate and create such a fantastic film. Many thanks to the cast and crew for their time during the junket, and Disney/Pixar for letting us have the opportunity to be there.

It’s highly recommended that you check out Finding Dory, which is finally released in cinemas today. We hope you’re as excited as we were to check out the film. And always remember… just keep swimming!

Piper: A Mini-Review
Next Story »