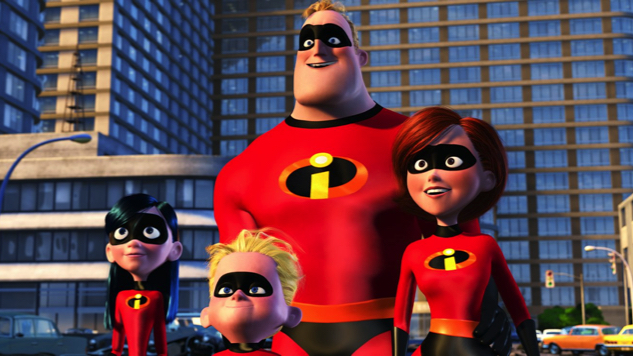 It’s insane thinking about how its been 12 years since The Incredibles first premiered in cinemas. For some of us old folk, it only feels like yesterday when we sat in the dark, jaws agape, and inspired as we traveled through dangerous territories following the Parr family. With that being said, fantastic news, as always, regarding one of the most anticipated sequels from Pixar to date! Happy to report, straight from Brad Bird himself, that The Incredibles 2 continues to move smoothly through the production pipeline. From our friends over at Entertainment Weekly, we’ve found that Brad Bird dished some small insights into the upcoming film, careful not to give away any key plot points:

“I don’t like unwrapping presents before Christmas… It’s very actively moving, and we’re excited about it. We’re trying to take it in some new directions. Hopefully it’s the same characters and feel, but going in a new direction. I mean, that’s the trick with a sequel. It’s repeating yourself, without repeating yourself.”

Considering how Hollywood seems to be pushing out superhero films in an assembly line fashion these days, we’re curious to see what new spin on the genre Bird and team will create this time around. We’re also eager to see how the Parr family has been faring all of these years since we’ve last seen them on screen. It’s great to know that despite it being a sequel, Bird is conscious of that aspect and is trying to create a film that will stand alone from the first installment. Back when The Incredibles was released in 2004, Bird helped shape a new form of storytelling both in animation and in the superhero universe; delving into the familial side of superheroes, getting into their psyches, while straying from the cliches that have been notorious with Hollywood’s representation of anyone who wears a cape. Thank God Edna banished those fashion statements long ago. Perhaps this even inspired the darker side of superheros seen in Christopher Nolan’s Batman trilogy? Regardless, 2019 can’t come soon enough.

In Depth: Finding Dory, sequels, and Pixar heroines
Next Story »

The Incredibles 2 Is Blasting Into Cinemas Earlier Than...