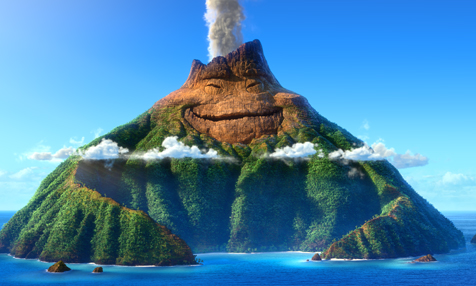 Our readers in the Bay Area are in for a special treat. The San Francisco International Film Festival kicks off today, a

two week long festival that celebrates the best in film. The latest Pixar short film, “Lava”, which plays with Inside Out this summer, is going to be screened as part of the festival’s Shorts 5 program. Director James Ford Murphy will also be on hand to answer questions following the screening and sign autographs. You can see the full list of short films below, including one by former Pixarian Saschka Unseld, director of  2013’s “The Blue Umbrella”.

Aria for a Cow
A musical plea from the often neglected and underappreciated barnyard inhabitants is brought to life by a never-heard before song by Howard Ashman & Alan Menken. (Dan Lund, USA 2015, 7 min)
Cows (Moosic Video)
Not enough dancing cows you say? Well, we’ve got another bovine musical showstopper guaranteed to udderly satisfy even the most lactose intolerant of audience members. (Sandra Boynton, USA 2014, 3 min)
Duet
This lovely tale is a celebration of life through the hand-drawn line. Animated and directed by the creator of Ariel, Pocahantas, Tarzan and Rapunzel. (Glen Keane, USA 2014, 4 min)
Home
It’s hard to leave your childhood home and the memories you’ve created there. Some things we are forced to leave behind and then there is the rest we’ll always keep close to our hearts. (Saschka Unseld, USA 2014, 5 min)
Lava
Inspired by the isolated beauty of tropical islands and the explosive allure of ocean volcanoes, this musical love story takes place over millions of years. (James Ford Murphy, USA 2014, 8 min)
This is a Cinema by the Bay film.
Lila
Armed with a boundless imagination and talent for drawing, Lila creatively fills in the missing pieces of her life and the world around her. (Carlos Lascano, Argentina/Spain 2014, 9 min)
My Big Brother
Sure, we’ve all fought with our siblings, and sometimes it’s even hard to see eye to eye with them. We’ve got it easy compared to these vertically challenged brothers. (Jason Rayner, USA 2014, 3 min)
This is a Cinema by the Bay film.
One, Two, Tree
This is the story of a tree like any other. One day it jumps into a pair of boots and goes for a walk. (Yulia Aronova, France/Switzerland 2015, 7 min)
Simorgh
A stunningly designed piece that incorporates Persian music, calligraphic art and ornamental designs to tell the traditional Persian story of life that deals with the fragility of self-worth. (Meghdad Asadi Lari, USA 2014, 5 min)
The Story of Percival Pilts
A whimsical story about living an impractical life based on a childhood promise, where the phrase “reaching for the stars” takes on a whole new vertigo-inducing meaning. (Janette Goodey, John Lewis, Australia/New Zealand 2015, 9 min)
Super Sounds
A shy and lonely young boy lets down his guard long enough to welcome in a potential new friendship. (Stephen de Villiers, Australia 2014, 12 min)

Students are also encouraged to enter the Nellie Wong essay contest following the screening. Winners of the contest will be able to attend a screening of Inside Out at Pixar! This is certainly an opportunity not to be missed, and we hope our West Coast readers take full advantage!
Follow the festival along on Facebook, Twitter, and Instagram. 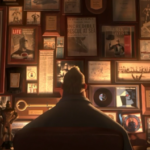 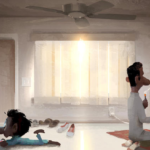