When Bob Iger announced that Pixar would be releasing a sequel to The Incredibles last year, the news was met with a lot of celebration. This is the one Pixar sequel that everyone has been waiting for it seems. And now news has surfaced that Brad Bird has begun writing it.

In an interview with NPR, in which he discussed his upcoming live action venture for Disney, Tomorrowland, Bird mentioned that the project is “percolating” and that he’s just starting to write it. Now all of those sites posting fake news items about the film’s summer 2016 release date can stop. This film is very likely a long ways off, considering Bird has only just started to write it. It seems like he’ll have total control over the sequel, which is encouraging since the world and its characters mean so much to him, and he’s always avoided a sequel unless the right story came along.
What do you think of an Incredibles 2? 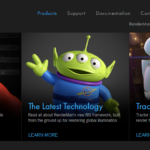 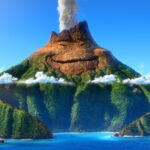 Next Story
"Lava" at the San Francisco International Film Festival

One Reply to “The Incredibles 2”