Coco Soundtrack: A “Mosaic of Emotions”

“Coco has music in its DNA,” director Lee Unkrich stated, much like its protagonist, Miguel Rivera. And who better to make that music come alive than frequent Pixar collaborator, Michael Giacchino? Also featuring the songwriting talents of husband-wife duo Robert Lopez and Kristen Anderson-Lopez, Coco‘s soundtrack promises to be as vibrant as the film itself. 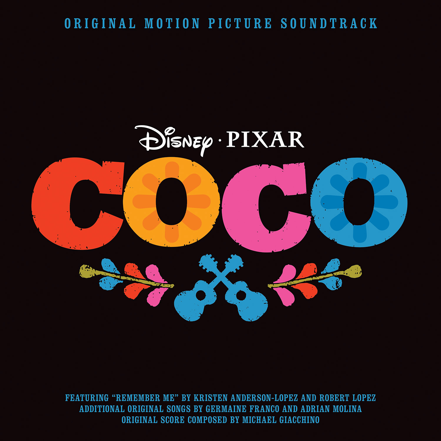 Giacchino worked closely with musical consultant Camilo Lara of the Mexican Institute of Sound in order to craft music that was authentic, original, and beautiful. Giacchino composed a score and also took inspiration from traditional Mexican songs as source music. Original songs written by the Lopez team include Ernesto de La Cruz’s signature “Remember Me,” “Un Poco Loco,” “Everyone Knows Juanita,” “The World Es Mi Familia,” and “Proud Corazon.” Co-director Adrian Molina also contributed to penning the songs. The full tracklist can be found below:

Coco resonated with Giacchino, who described the film as a “mosaic of emotions.”  “It made me think about my family and my connections to relatives back in Italy. This film speaks to everyone.” And the music he’s created is for a story that’s universal, but also wholly Mexican.

You can buy and subsequently bless your ears with the Coco soundtrack on November 10th.

The latest Coco trailer is a symphony of emotions
Next Story »