New Inside Out trailer is a clever, mind bending treat.

The latest full length trailer for Pixar’s June 2015 Inside Out debuted today, and with unsurprisingly brilliant, witty results. Though eleven year old Riley (voiced by Kaitlyn Dias) is the primary setting for the characters/emotions in her mind, this new trailer also gave us a glimpse into the minds of her parents.

The family of three are all sitting down for dinner when mom (Diane Lane) asks Riley how her first day of school was. She responds less than enthusiastically, which sets off signals in her mother’s brain. We see the emotions that inhabit Riley’s brain in her mother’s as well, although they all resemble mom with brown hair and glasses.

Dad (Kyle MacLachlan) receives the signal, and in his mind’s headquarters are mustachioed emotions (not unlike his own) who are cheering on a game.

(Hockey in the US version, and soccer in the UK one).

There are some important cues to pick up on. Mom’s emotions are all female while dad’s are male. The emotions in Riley’s mind are both. And from what we see, it seems that mom’s primary emotion is Sadness while dad’s is Anger. As plot details began to surface a couple of months back, we learned that Joy (Amy Poehler) is Riley’s, but she and Sadness (Phyllis Smith) are booted out of headquarters. The scene in this trailer shows what Riley’s mind headquarters look like without those two. Instead she only has Disgust (Mindy Kaling), Fear (Bill Hader), and Anger (Lewis Black) to rely on.

As evidenced by this trailer, having Riley navigate with just those three is going to be extremely hilarious. It’s also worth noting that the emotions in her parents’ minds are just as interesting.

Director Pete Docter was also on hand for a Twitter q&a about the film. He answered most questions through the film’s official account, @PixarInsideOut. The film is a metaphor for growing up, and it is indeed striking that Riley can no longer get in touch with Joy, her defining emotion, as she makes the journey. At least temporarily. Riley’s transition from joy filled to withdrawn was actually inspired by Docter’s daughter, so it’s clear this film is definitely a personal project.

It’s no wonder that a film about the mind would prove to be so clever. Now we just have to wait six months for the release!

‘Toy Story that Time Forgot’: the perfect gift
Next Story » 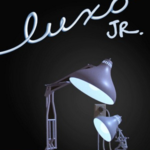 One Response to New Inside Out trailer is a clever, mind bending treat.