Pixar heads to D23 in August with its very own booth + more! 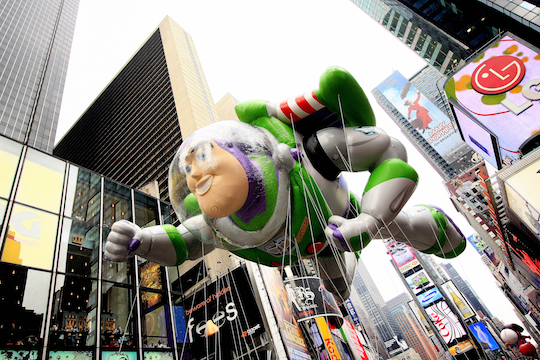 Disney’s D23 expo is returning to the Anaheim Convention Center this August, and with plenty of Pixar awesomeness in tow! With exclusive sneak peaks at upcoming films, a wealth of informative panels, and favorite filmmakers/celebrities, D23 is definitely the ultimate Disney fan event. Pixar will have its first ever booth at the expo, along with some “provocative panels”, and a John Lasseter Hawaiian shirt exhibit. Check out the full list below. BURBANK, Calif. – June 25, 2015 – Buzz Lightyear will welcome visitors to D23 EXPO 2015 as Pixar Animation Studios celebrates the 20-year anniversary of Toy Story, among a host of exciting presentations, demonstrations and panels that pay homage to Pixar’s past while looking ahead to its roster of exciting new films. The fearless space ranger, who appeared in Pixar’s groundbreaking CG-animated feature-film debut Toy Story in 1995, as well as Toy Story 2 (1999) and Toy Story 3 (2010), has taken flight in Macy’s Thanksgiving Day Parade® six times as a giant character helium balloon, measuring 67.7-feet long, 39.9-feet wide and 34.3-feet tall. This summer, the Disney•Pixar Buzz Lightyear balloon travels to the West Coast for the first time ever, welcoming guests to D23 EXPO 2015 as it soars outside the Anaheim Convention Center on Friday, Aug. 14, 2015. D23 EXPO 2015 takes place through August 16.
Every Story Is a Journey: The Upcoming Films of Walt Disney and Pixar Animation Studios
Friday, August 14, 3:00 pm  – Hall D23
After meeting the Emotions inside the mind of an 11-year-old, taking a trip to San Fransokyo where a boy genius and his robot save the world, and falling in love with a queen with icy powers who wants to “let it go,” come see where Walt Disney and Pixar Animation Studios plan to take you next. In what has become a D23 EXPO must-see, host John Lasseter, chief creative officer of Walt Disney and Pixar Animation Studios, presents “Every Story is a Journey.” Filmmakers will unveil never-before-seen footage from Pixar’s upcoming The Good Dinosaur and Finding Dory and Disney Animation’s Zootopia and Moana. The event will include surprise announcements, musical performances, and appearances by the films’ star voice talent. Cell phones, cameras and all recording devices will be checked for this presentation.
In Conversation with the Filmmakers and the Emotions Behind Inside Out
Friday, August 14, 2015, 11:30 am – Stage 28
Get the inside story on the making of Pixar’s latest summer release Inside Out. Hear from Academy Award®-winning director Pete Docter (Up, Monsters, Inc.) and producer Jonas Rivera (Up) as they reminisce and share their personal stories of creating a world that everyone knows, but no one has ever seen.

Pixar Secrets Revealed! Hear the Stories They Didn’t Want You to Know!
Saturday, August 15, 2015, 3:00 pm – Stage 28
Ever wonder where your favorite Pixar stories began? Hear the stories you don’t know about the classic films that you love. Pixar senior development executive Mary Coleman hosts this experience, welcoming the storytellers behind some of Pixar’s most successful films, including Darla K. Anderson (A Bug’s Life, Monsters, Inc., Cars, Toy Story 3), Mark Andrews (The Incredibles, Ratatouille, Brave), Ronnie del Carmen (Up, Inside Out) and Dan Scanlon (Cars, Toy Story 3, Monsters University), as they talk about the twists and turns of crafting a narrative and share some of the crazy story ideas that didn’t make the final cut.
Toy Story: 20 Years Later, the Original Crew Looks Back
Saturday, August 15, 2015, 4:30 pm – Stage 23
From flipbooks to feature films, animation has taken audiences to fantastical new worlds, far beyond the limits of any real-world setting. Pixar Animation Studios has been at the forefront of this evolution, blurring the line between art and technology and bringing beloved characters to life with heart and humor. As we celebrate the 20th anniversary of 1995’s Toy Story, the first computer-animated feature film, join members of the original crew, including filmmakers John Lasseter, Pete Docter, Andrew Stanton, Lee Unkrich, Galyn Susman, Ralph Eggleston, Sharon Calahan, Eben Ostby, Bob Pauley and Bill Reeves as they share their stories and the challenges they faced along the way.
ON THE EXPO SHOW FLOOR:
Animation – Show Floor Exhibition
For the first time ever, Pixar Animation Studios is creating a show-floor experience at D23 EXPO. Pixar teams up with Walt Disney Animation Studios for an unforgettable adventure that showcases magic from both animation studios, featuring live demonstrations, presentations and autograph signings with top filmmakers, free giveaways and interactive displays. With highlights from films like Inside Out, The Good Dinosaur, Zootopia, Finding Dory and Moana, animation fans will get the inside scoop on their favorite films and characters.
Say Aloha to John Lasseter’s Film-Themed Hawaiian Shirts
Chief Creative Officer of Walt Disney and Pixar Animation Studios John Lasseter takes Disney and Pixar animation to heart—literally. For nearly every film—from Finding Nemo and Wreck-It Ralph to Frozen and Inside Out, Lasseter has commissioned an exclusive movie-themed Hawaiian shirt. And those who know the Oscar®-winning storyteller know that he loves his Hawaiian shirts—and dons one for almost every occasion. Animation fans will see their favorite film characters “materialize” before their eyes in this colorful collection, which will be exhibited on the show floor.
Fans can take home their own shirt, thanks to Disney Store at D23 EXPO. This D23-exclusive Reyn Spooner-design features characters from all the feature films produced under the creative guidance of Lasseter. The simple, appealing collage joins many of Disney’s and Pixar’s most beloved recent characters on one wearable canvas. The shirt will retail for $99.95. 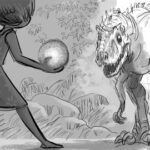 Previous Story
Box Office Watch: Inside Out vs Jurassic World
→ 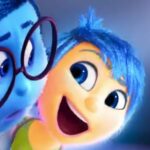 Next Story
Box Office Watch: Inside Out breaks record and takes in more than 200 million worldwide!