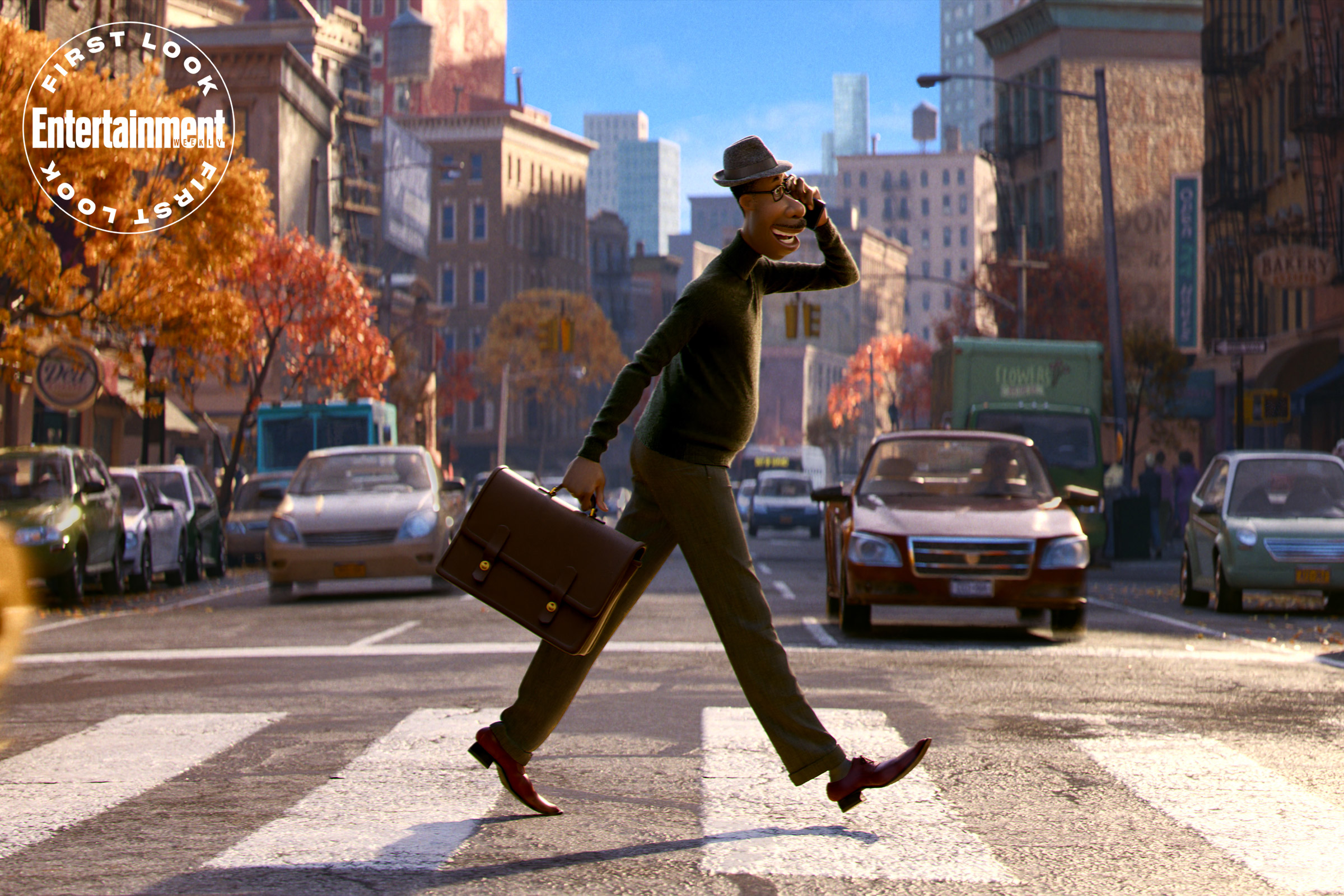 Where do we go when we die? Is there some part of us that lives on when our bodies are buried beneath dirt? Some form of disembodied consciousness? Does it still wander earth or does it exist in a liminal space? What is the soul? Nearly every religion believes in the existence of a soul, and science can neither prove or disprove it. No one knows what the soul looks like, but Pixar’s going to show us their idea of it, in Pete Docter’s newest film.
An exclusive new look comes to us courtesy of Entertainment Weekly, as well as a new look at protagonist Joe Gardner, played by Jamie Foxx.

Soul’s writer and co-director Kemp Powers describes Joe as someone “who’s lived his whole life like he was meant to do this one thing [music] to the exclusion of pretty every other thing.” Powers also characterizes that single minded pursuit as similiar to anyone involved in the arts: it’s an almost religious obsessiveness you have to have to have success and a career in the arts.”
If you want to avoid any more plot details about the film, read no further. Joe dies in an accident right after he scores his dream job. His soul doesn’t journey to the afterlife, but to the You Seminar, where souls are given personalities and sent to inhabit human bodies. Like Docter’s Inside Out the film ventures into the interior. Instead of examining the emotions of the mind, this one will portray the essence of a person. At You Seminar, Joe meets 22 (Tina Fey), a human hating soul who Docter describes as a teenager with an attitude. She teams up with Joe to reunite his soul with his body on earth.
The film will surely ask some existential questions and get us all thinking about those concepts outside our realm. Docter hopes it makes us introspective.
“What are the things that, at the end of the day, are really going to be the important things that you look back on and go, ‘I spent a worthy amount of my limited time on Earth worrying or focused on that’?”
Soul flies into theaters on June 19, 2020.

Next Story
The first trailer for Soul is here!