Purl – Pixar’s First SparkShort Is Full Of Surprises (And Knitting Puns) And Hope!

Pixar released their first SparkShort on YouTube today, which you can watch below:

“Purl” is full of surprises. And knitting puns. And hope! It follows the story of an enthusiastic ball of yarn, Purl, facing her first day in a new workplace. Right from the beginning, it’s clear that the company’s current employees are all practically identical. Pixar’s SparkShorts could be described as creative ‘side-projects’ (but you can tell they’ve been made with just as much love and care as Pixar’s full-length features, if not more). With the shorts being made on a limited budget and schedule, it’s to be expected that some shortcuts will have to be made, but the current male employees all being essential clones of themselves seems like a very deliberate choice: Purl immediately feels out of place. 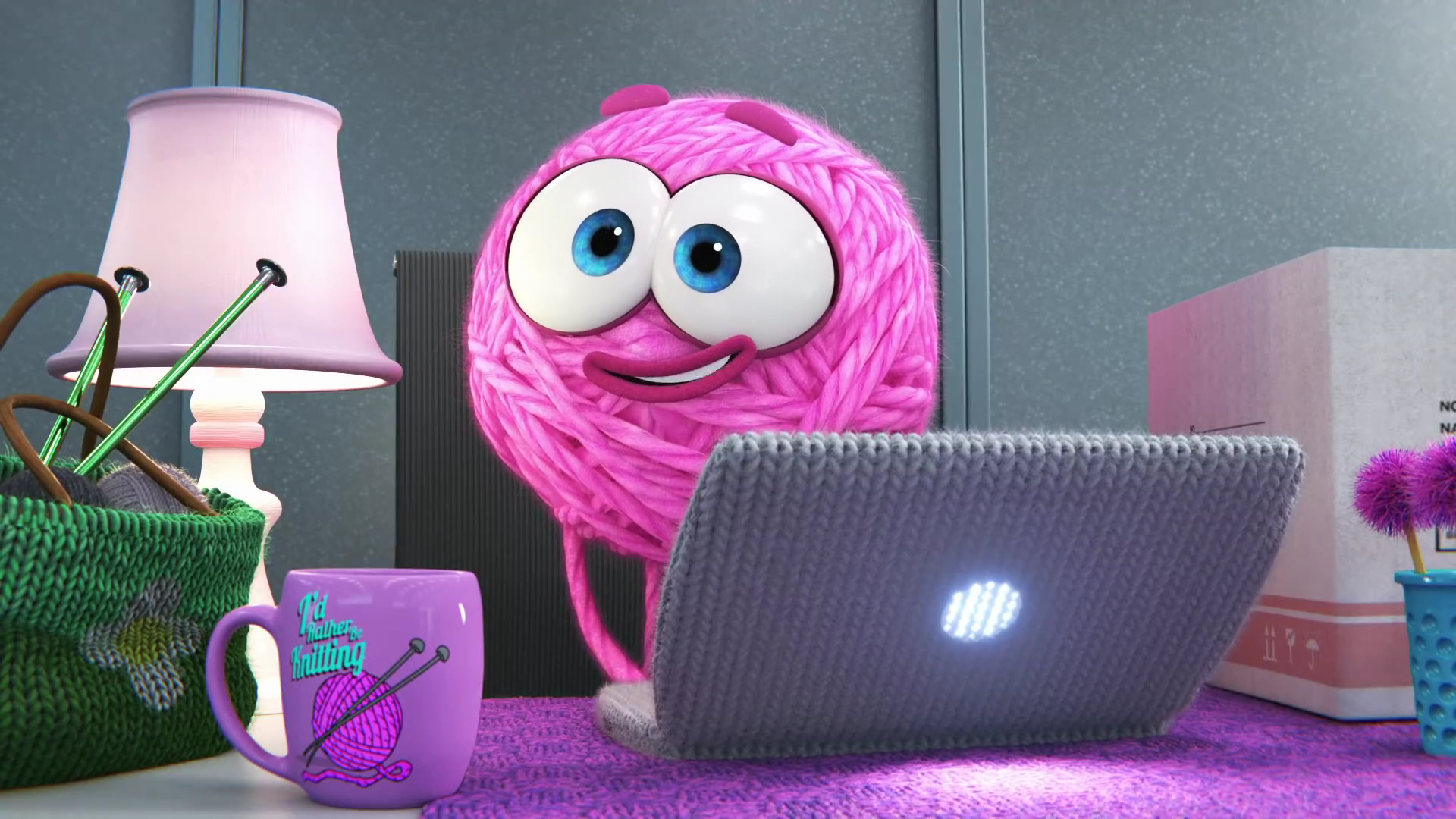 The more we see of Purl, the more she stands out. First of all, she’s a ball of yarn. All her belongings are beautifully knitted. But even her animation is slightly different to that of her colleagues – she moves a little more ‘choppily’. She behaves differently. She has fresh ideas. Her fellow employees don’t think that’s a good thing, and eventually, neither does Purl herself. Soon, her frustration is literally tying her in knots. The lack of acceptance and understanding is breaking her down.

Purl ends up doing what seems to be the only solution – she attempts to fit in by making herself a clone of the clones. It works, but that’s obviously a bad thing. By suppressing her true self, she suppresses her new ideas and her originality – the company can’t move forward, and life can’t move forward like this either. Finally, it takes a new employee, another bundle of enthusiastic yarn, to make Purl see what’s truly important.

The story of “Purl” will feel eerily familiar to many of us: women being stifled in a male-dominated work environment; people of colour feeling isolated in a predominantly white community. Amazingly, the short could easily be applied to Pixar Studios itself with its recent changes in staffing. The short couldn’t have come out at a more fitting time, and its ending is brimming with hope and diversity. Let’s hope Pixar’s first SparkShort sparks a positive change across the industry, and the world! Every workplace could do with a better balance of knits and purls.

You can even watch Behind The Scenes of “Purl” and Meet The Filmmakers on YouTube! We’re being treated to two more SparkShorts in the next two weeks too – next week we’ll see “Smash and Grab”, and the week after is “Kitbull”! We couldn’t be more excited.

Bo Peep is back!
Next Story »

Smash and Grab: An Elegant Ode to Robots