Turning Red on DVD and Blu-Ray 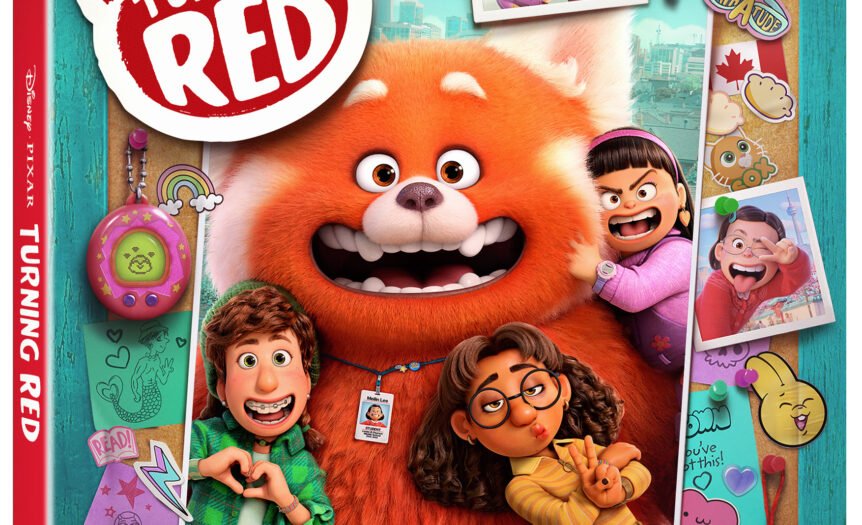 Mark your calendars, Turning Red is getting a Digital, DVD and Blu-Ray release soon! The film will be available digitally on April 26, and on DVD, 4K Ultra, and Blu-Ray on May 3rd. We’re still bummed out that the film never got a proper theatrical release but just like the old days of watching Pixar movies on a big screen, we’re getting a lot of a-mei-zing bonus features to watch at home! Check them out below:

Life of a Shot – Domee Shi and members of the crew describe the many-layered process and artistry involved in creating the hilarious Red Peony scene – from observing red pandas in a zoo to creating a storyboard to finalizing the animation and background lighting.

Build Your Own Boy Band – Step backstage to learn how 4*TOWN came to animated life. From creating each band member’s persona to writing and producing the songs to fine-tuning the details of their stadium performance, the filmmakers reveal how they designed the ultimate boy band.

Ani-Mei-Tion – Because Mei’s heightened emotionality is central to the story, it was important that her look and movement reflect that energy. Learn how Domee Shi led the animation team to incorporate hints of expressive anime to create Mei’s lovable, dynamic character.

Intro Meilin – In this alternate opening, Ming and young Mei have their portrait taken in a studio…but Ming has her own specific vision for the photo.

Taming The Panda – Under her mother’s guidance, Mei learns techniques to control her ability to magically turn into a red panda…to varying degrees of success.

The Debate – Mei runs for class president against frenemy Tyler, and the speeches get a little out of hand.

Fei And Christina Hang – Mei (formerly Fei) shares a banana split while having a heart-to-heart with Aunt Christina.

4*TOWN Dilemma – Mei scores tickets to her dream concert, but her strict mother won’t let her out of the house. What will she do?

Roping In Leo – Pleading with Leo for help with getting out of trouble, Mei learns a couple of his closely guarded secrets.

All of this sounds terribly delightful. I’m eager to be further immersed in Mei’s world and the filmmaking process. What we saw in Embrace the Panda (stay tuned for a review!) was excellent, but these bonus features promise even more. 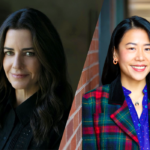