is Tomorrowland! The futuristic Disney film drops May 22nd and we couldn’t be happier about it. A Brad Bird film is always cause for cheer, but there’s a movie coming after Tomorrowland that will interest Pixar and animation fans especially. The Incredibles 2 has been confirmed by Brad Bird to be his next project. While the sequel was announced last year, buzz began to surround it last month when various news outlets reported that Bird had begun writing the script. He recently sat down with Collider to discuss The Incredibles 2 and also possibly directing a Star Wars film!

When asked about the script, Bird said:

“Oh yeah I have pages, a bunch of pages. I had a lot of ideas for the original Incredibles that I didn’t get a chance to use, that I like. I have ideas that I wanted to pursue a little bit and there wasn’t enough time in Incredibles. There are new ideas I have, and I think there are enough of those together to make an interesting movie. I’m just focusing on getting Tomorrowland out into the world and playing with the Incredibles sandbox again.”

For those who scoff at Pixar’s upcoming slate of sequels, which include Finding Dory and Cars 3, Bird’s return to Metroville is definitely generating the most enthusiastic response. Although some fans (myself included) have never particularly wanted a sequel to The Incredibles, what matters the most is Bird’s enthusiasm. Being able to revisit old ideas that never made it into the completed film is definitely intriguing, and we can only wonder what those could be!

As far as Star Wars is concerned, Bird is only focusing on The Incredibles 2 now. You can read more of his interview with Collider here. 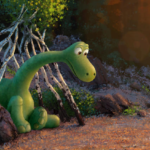 Updated plot synopsis for The Good Dinosaur
Next Story » 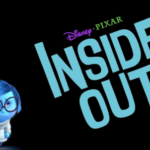 Inside Out character videos