Inside Out character videos

Over at Yahoo Movies, new clips featuring each of the five emotions in Inside Out are premiering this week. These videos also include short introductions by the voice actors. Today Sadness and Fear, played by Phyllis Smith and Bill Hader respectively, get the spotlight. Check out their videos below!

Both Smith and Hader highlight the positive attributes of their emotions. Sadness allows you to have a good cry while Fear is all about keeping you safe. But the one thing all of the emotions have in common is that they take care of you. This is a theme that will be illustrated quite touchingly in the film in relation to Riley. This post will be updated with the other emotions throughout the week, so check back in soon!

Disgust helps you avoid poor judgment, and she’s also got impeccable taste. She hates broccoli and mixing spots and stripes. Also, you’ll have that little voice in your head to thank when you make a meaningful social interaction.

Lewis Black introduces Anger, the feeling you get when you stub your toe, are stuck in traffic, or get your dinner interrupted by a telemarketer. Anger is not like those other touchy feely emotions. He gets the job done and watch out if you’re ever in his way!

JOY! Riley’s primary emotion and the leader in her mind, voiced by the exuberant Amy Poehler, gets her sunny chance in the spotlight today at Yahoo! Movies. Joy is the one you want at the party, and who could blame you?

These character profiles have been great for new footage such as the one of Joy below. And even better for building up excitement for the film!

Let us know which video is your favorite! 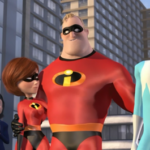 Brad Bird’s next film
Next Story » 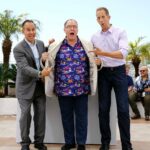