I am very pleased to announce that a new writer is joining me here at Upcoming Pixar! It’s been a year since I took over from Bryan, and it truly has been one of the most rewarding experiences of my life. I’m so happy that I also get to share it with someone else!

My co-writer is Nia! Nia grew up on a strict diet of animated and classic films. Her lifelong love affair with Pixar began after watching A Bug’s Life in cinemas many moons ago. Previously writing for BuzzFeed, Nia hopes to provide a unique commentary to the Studio’s films, culture, and animation.

I’m so excited to have Nia on board. As Upcoming Pixar continues to grow and evolve, it’ll be fun to share with you all the surprises in store! 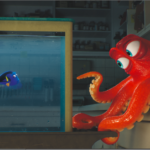 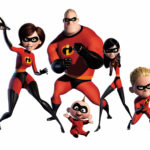 The Incredibles 2: An Update On Your Favorite Superhero...