September of SparkShorts Continues with ‘A Spark Story’

Pixar’s new documentary feature A Spark Story will premiere this Friday, September 24th, on Disney+. The documentary follows “the next generation of Pixar SparkShorts filmmakers”: Aphton Corbin, director of Twenty Something, and Louis Gonzales, director of Nona.

Corbin and Gonzales’ shorts were highly anticipated from the moment they were announced in the summer. When they premiered earlier this month, they met and surpassed our expectations. The style of animation, the storyline, and especially the debut of a unique voice in each short reaffirmed our enthusiasm for the SparkShorts program.

A Spark Story will focus on the thought and effort both directors invested into projects close to their hearts. The feel of the documentary echoes episodes of the Inside Pixar docuseries, which also revealed the vulnerability and expectations that come with the role of director.

The SparkShorts program continues to be a fantastic springboard for new perspectives in the Pixar community. We can’t wait to watch Corbin, Gonzales, and other key members of their teams share the stories behind Twenty Something and Nona.

If you haven’t yet, be sure to watch the newest SparkShorts on Disney+ before tuning in to A Spark Story this Friday, September 24th. 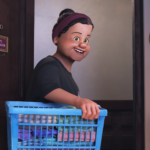 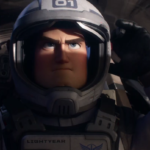