Teaser trailer for 'Inside Out': A major emotion picture 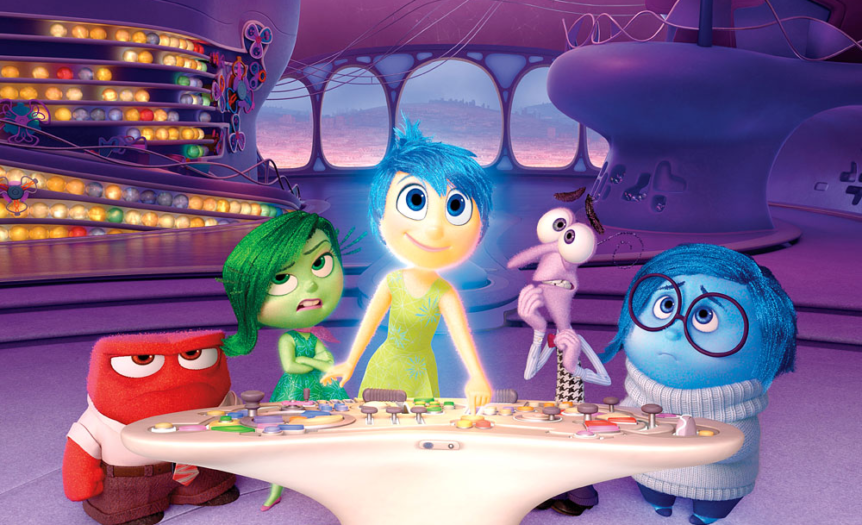 After months and years of waiting, the first teaser trailer for Pixar’s 2015 feature Inside Out has finally been released! So far the reaction has been overwhelmingly enthusiastic, which should surprise no one, as this film is probably one of the next year’s most anticipated. And considering audiences had to go without a major Pixar film this year, the excitement for Inside Out is doubled.

The newest still on the right is courtesy of Entertainment Weekly.

This teaser is unlike any others that Pixar has debuted before. You can watch it below.


The montage of previous Pixar films is a brilliant touch. Director Pete Docter and his crew want audiences to know that they are in for a very different movie going experience this time around. Pixar’s films have made us laugh and cry for years, but with this ambitious project, we get to see exactly how those emotions work. Infusing emotions with personality is a bold move, and quite intriguing.
For anyone who is unfamiliar with the film’s plot, this is the official synopsis:
From the tepuis of South America to a monster-filled metropolis,
Academy Award®-winning director Pete Docter has taken audiences to
unique and imaginative places. In 2015, he will take us to the most
extraordinary location of all – inside the mind of an 11-year-old named
Riley.
Growing up can be a bumpy road, and it’s no exception for Riley, who is
uprooted from her Midwest life when her father starts a new job in San
Francisco. Like all of us, Riley is guided by her emotions – Joy (Amy
Poehler), Fear (Bill Hader), Anger (Lewis Black), Disgust (Mindy Kaling)
and Sadness (Phyllis Smith). The emotions live in Headquarters, the
control center inside Riley’s mind, where they help advise her through
everyday life. As Riley and her emotions struggle to adjust to a new
life in San Francisco, turmoil ensues in Headquarters. Although Joy,
Riley’s main and most important emotion, tries to keep things positive,
the emotions conflict on how best to navigate a new city, house and
school.
This trailer works as an effective teaser. There isn’t a lot of detail, but it leaves the viewer wanting more. It also promises to be a colorful film, with images and sequences that will be as memorable as the personalities of the principle characters. Pixar has also launched a site featuring a motion poster which runs off a simple, minimalist design, but with lots of color.
While the film will certainly be innovative, we can expect two things. Pete Docter is responsible for some of Pixar’s most joyful and emotionally taxing moments, and I’m guessing the same will be true here.
Be on the look out for more footage and news, and be sure to catch Inside Out in theaters on June 19, 2015! Last modified: October 2, 2014

One Reply to “Teaser trailer for 'Inside Out': A major emotion picture”