The journey of a soul – there and back again

A trip to Pixar was out of the question this year, due to COVID-19’s travel and gathering restrictions. It definitely was a bummer, although minor in the grand scheme of things. But even if I couldn’t visit the studio in person, I was able to talk to the filmmakers of Soul and learn about the film virtually. As always, I’m grateful for the opportunity to go behind the scenes.

Soul has been in production for five years, but the story has been with Pete Docter for a lifetime. It all began 23 years ago, when his son was born. Docter marveled at his newborn child’s personality.

“I thought your personality developed through your interaction with the world. And yet, it was pretty clear that we’re all born with a very unique, specific sense of who we are.”

Pixar movies so often create something out of nothing, dazzling worlds vibrant with color and detail. They are either places we’ve never been or can only imagine. Soul‘s Great Before surpasses anything we’ve seen before, since the artists at Pixar outdo themselves every time. But no matter how mesmerizing the look of a film is, the characters within should take precedence. Enter Joe Gardner. 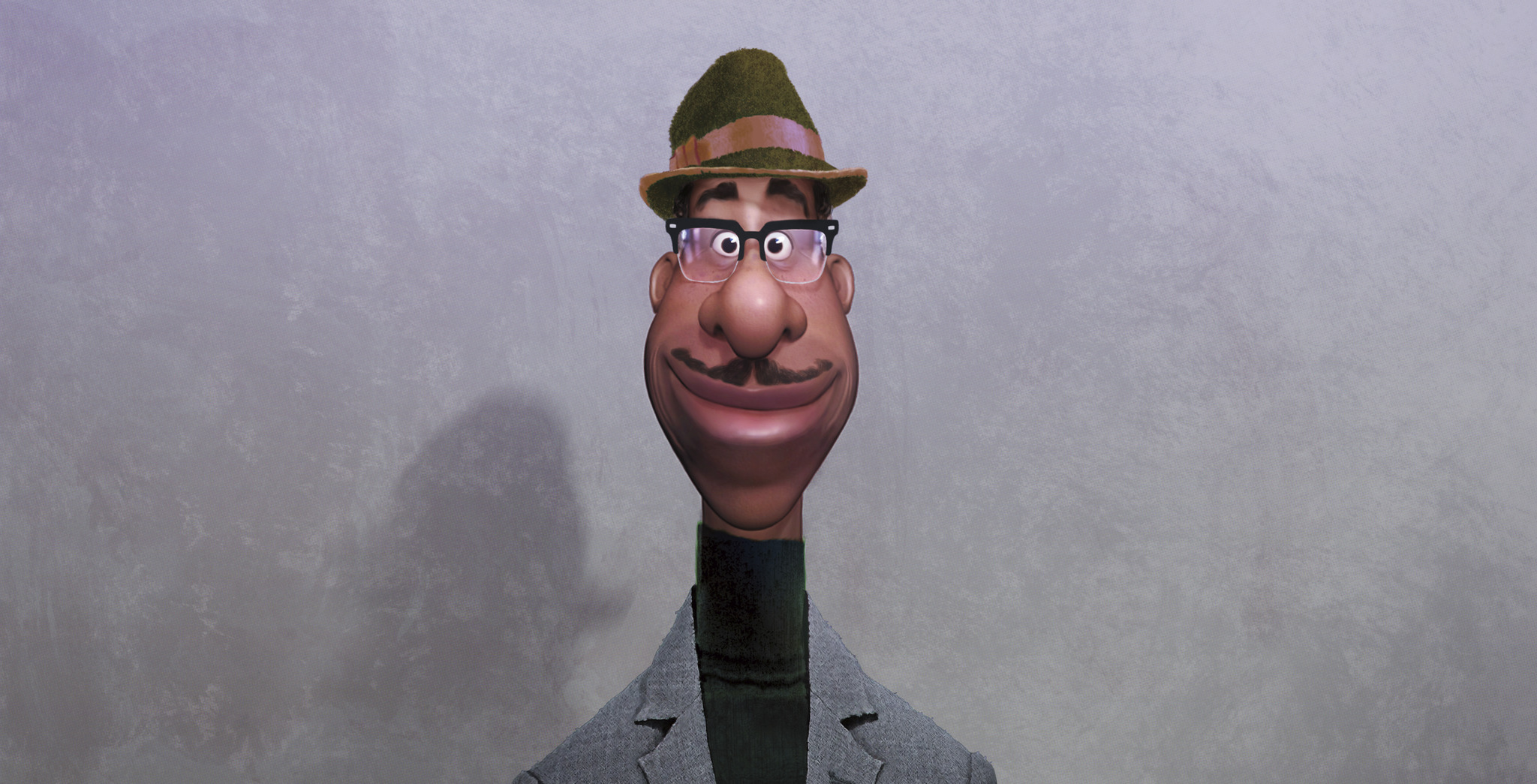 Playwright Kemp Powers joined the production in 2018 to write the script and was made co-director. His script pages were brought to the story department, where the artists were tasked with drawing them. Story supervisor Kristen Lester led this process, with a team that included Michael Yates and Aphton Corbin. According to Lester, Powers’ script contained a lot of history and authenticity, which really helped to inform Joe’s backstory.

There was a staggering number of storyboards drawn for this film – 73,611 to be exact! Take a look at just two of them below. Absolutely stunning! 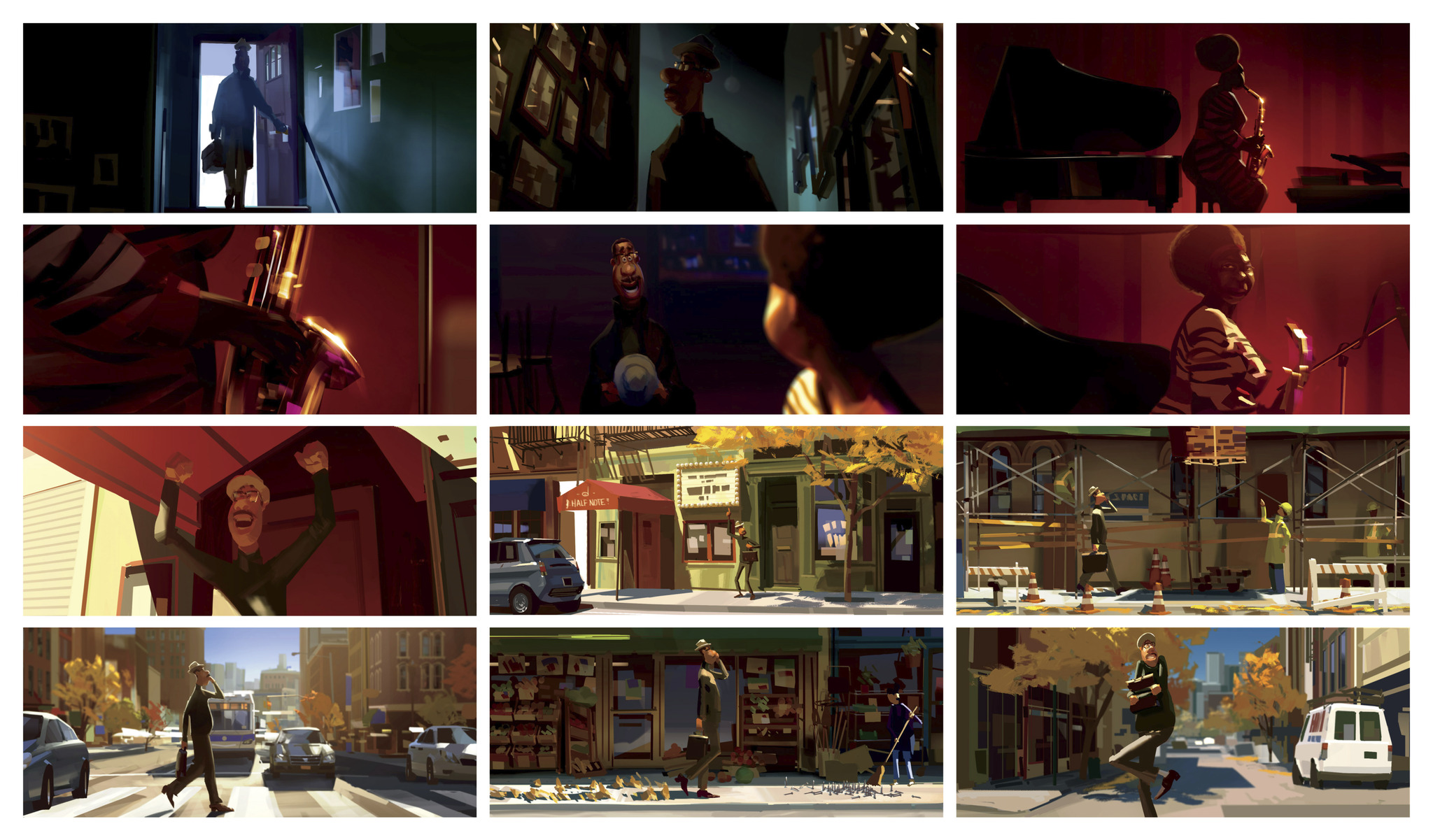 Of course, not all of the boards made it into the final film, but those discarded ideas were still vital in establishing Joe and his background. We know that he’s a middle school band teacher with more lofty aspirations of a career in jazz music. Joe’s never realized these dreams, and Michael Yates was concerned with why that was the case. Joe is a talented pianist without any delusions, so why wouldn’t he have found success? Yates thought about people he knew who hadn’t achieved their dreams and was able to envision the obstacles standing in Joe’s way. In each instance, Joe misses an audition because he’s helping out his family, friends, and students. Through these sketches, we learned that he’s a selfless person who put his dreams on hold.

The sketches and script were then boarded by Aphton Corbin. One of the sequences she worked on was Joe’s life in the Hall of You, an exhibit that showcases a person’s life on earth and their achievements. Corbin “imagined it as a dark space with moments of Joe’s life playing in beams of light that characters could walk through, kind of like a museum.” Joe’s is distinctly unimpressive, a series of unexciting moments combined with failures. From this vantage point, his life is disappointing. This was intentional, as Corbin explained:

“We wanted Joe’s Hall of You to feel more like an exhibit of his failures rather than his successes. We piled on rejection after rejection to build our case and placed the moments where he decided to become a band teacher at the end, so Joe falling down the manhole felt like the perfect coda to his sad life. It was our goal at this point to get the audience on Joe’s side. We wanted them to feel like he needed to return to his body to finish living his dream as a jazz musician.”

Corbin also included Joe’s first encounter with jazz, a moment where he discovers the passion that now defines his life. His face was the focus in that scene – it’s one of the most wonderful in the film’s trailer. Joe’s face is lit up with love and wonder, aglow in the colors from the jazz club. We all have moments like that in our lives, no?

The completed storyboards were then sent to editorial, where music was added. Editorial is where the story artists watch how their drawings come together for the overall film. They watched the entire film from beginning to end about eight times in Pixar’s theater.

Mainstream animated and live action films rarely feature nonwhite characters as the heroes of the story. Too often they’re shunted into supporting roles. Audiences hardly ever watch films with Black protagonists that they can relate to and root for. I think people will definitely see themselves reflected in Joe’s Hall of You as I could, a place where our failures and dim moments eat up all the spotlight.

For Pete Docter, making this film was less about failed dreams, but questioning his purpose. He’s directed acclaimed films and won numerous awards, but still the question nagged at him.

“Is this really what I’m supposed to be doing with my limited time on Earth? In fact, in darker days, around now, I wonder sometimes, is there any point to it? If I had a choice, would I decide to be born and come live?”

I was so shocked to hear him admit that. We’re usually discouraged from sharing such thoughts, but I think it’s a universal feeling, especially with a world that’s constantly in turmoil. And with 2020 going on record as possibly the most disastrous year ever, this film’s release could not be any more timely.

Who would want to live if they were given that choice? But Soul seeks to both answer that question and dispel the doubt that surrounds it. This is a journey we’re all going to take with Joe, by asking ourselves the same questions.

There’s still so much more that I learned about this stunning film. Stay tuned to read all about it! But in the meantime, delve into Joe’s world with more gorgeous artwork. 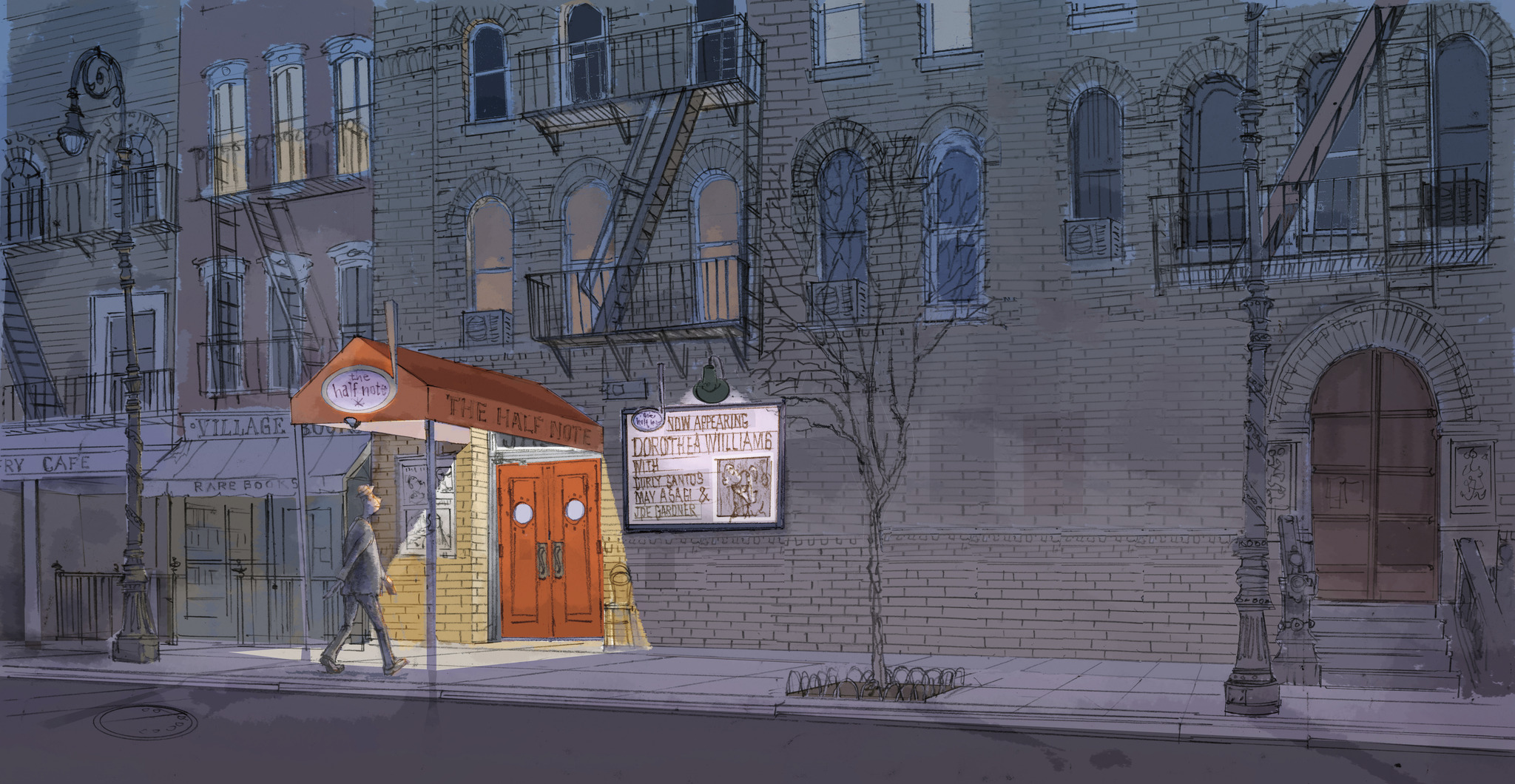 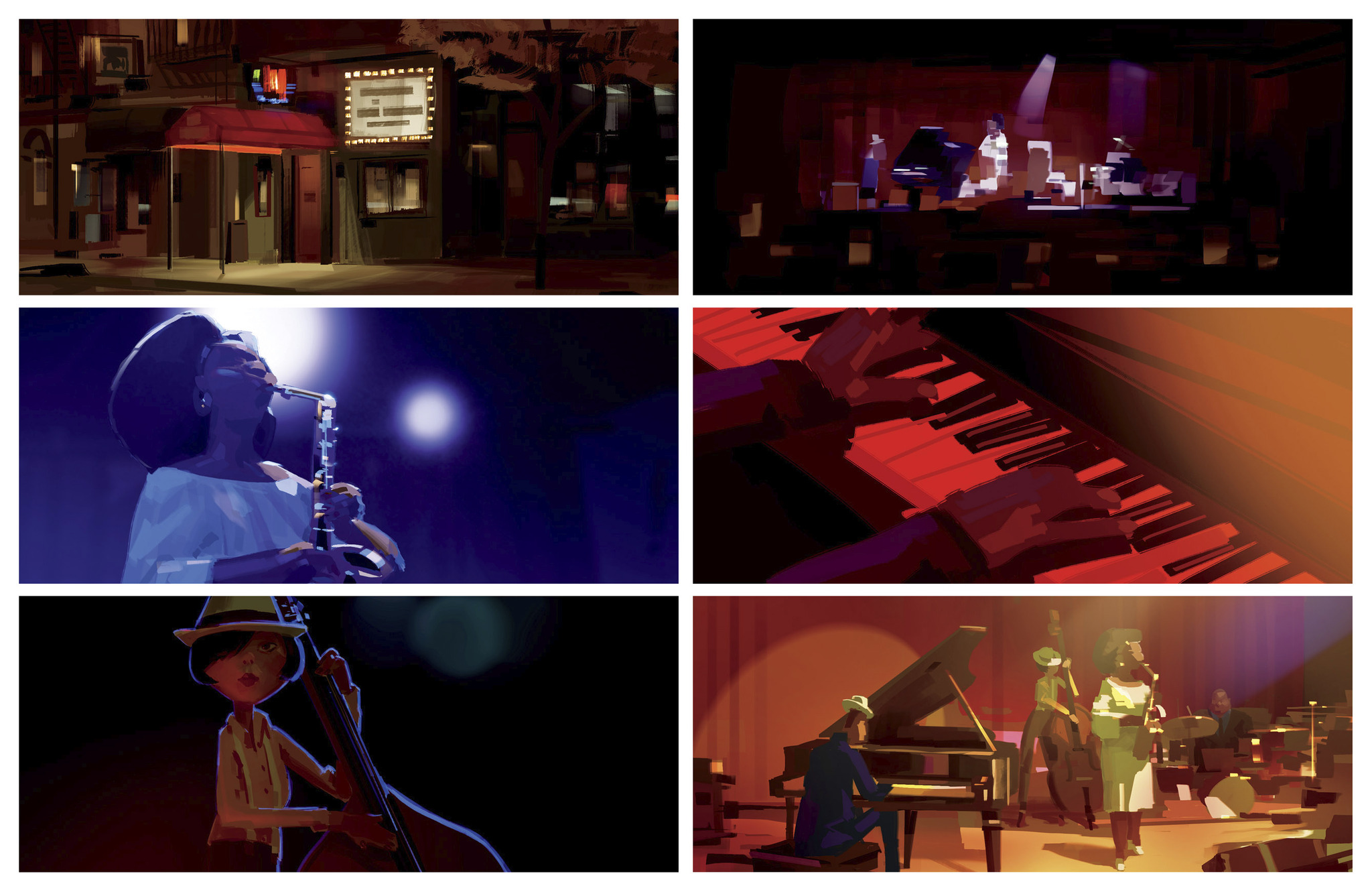 Soul will premiere exclusively on Disney+ on December 25. This is the third time the film has been pushed to a later date. Theatrical release dates are pending. Surely whenever pandemic restrictions are eased, audiences will have the opportunity to be dazzled by it on the big screen.