Alas! Yesterday the first trailer for Finding Dory premiered with a splash online. Although it was only a teaser trailer, it was enough to give us a glimpse of how Nemo, Marlin, and Dory have been faring since the days of Finding Nemo. By the looks of it, Dory has been living it up with her fantastic new set up in Marlin and Nemo’s neck of the woods. Within the first few seconds of the trailer alone, the score by Thomas Newman swept all of us away with nostalgia. And perhaps those who have been eagerly waiting for the sequel to the first film might’ve shed a few tears… it’s OK – we’re not judging you.

Straight from Pixar, the synopsis of the film is as follows: “The friendly-but-forgetful blue tang fish reunites with her loved ones, and everyone learns a few things about the true meaning of family along the way.” For the first time, Dory is able to remember something important (even though she can’t quite pinpoint what that may be just yet) and realizes that she has family somewhere out there in the big blue sea. With Nemo and Marlin at Dory’s side, she sets up on a quest to find her long-lost relatives.

The trailer only confirms how much we all missed the colorful and expertly detailed world under the sea that Andrew Stanton and crew so beautifully depicted twelve years ago. As Dory would say, “just keep swimming.” Only a *few* more months to go until the film is released in cinemas. 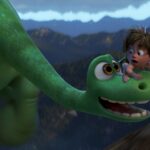 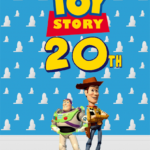