New image – “Incredibles 2 picks up, literally, where the first film left off”

A brand new Incredibles 2 image has been released on Entertainment Weekly, and it shows us that the sequel will be just as vibrant and brilliantly stylised as 2004’s The Incredibles.

Here is the new image via Entertainment Weekly: 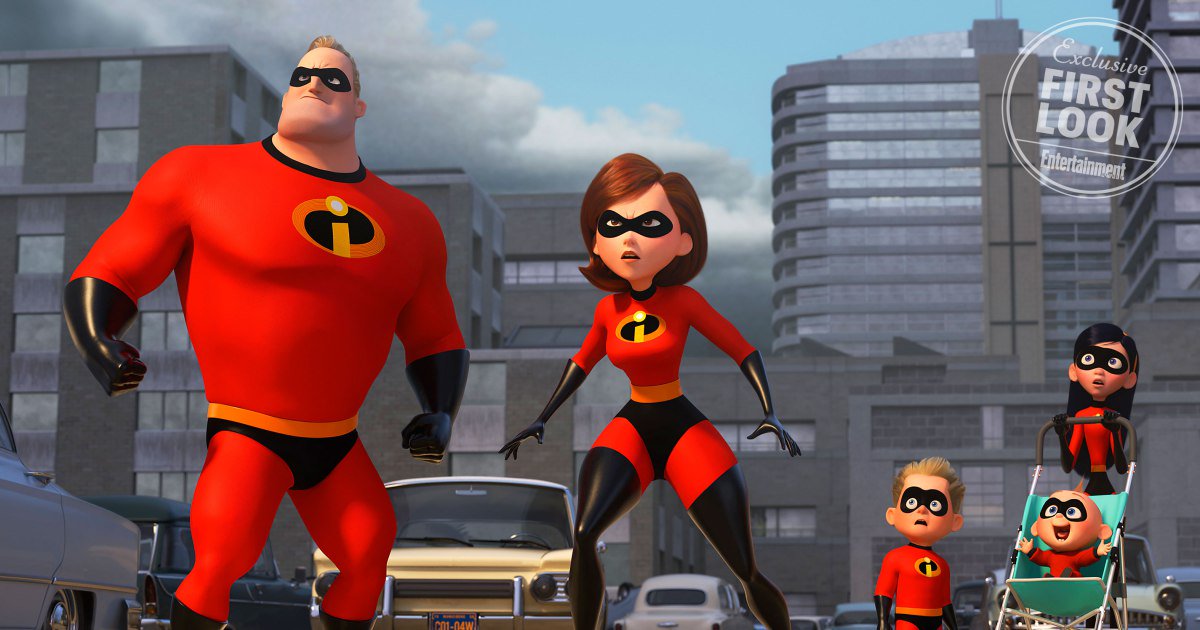 For comparison, here’s a similar shot from The Incredibles from just after The Underminer has appeared. They’re not in their superhero attire yet, but you can see how the buildings and background still have that characteristic modern, simple style.

We already knew Incredibles 2 was to be set mere minutes after the original movie left off – those lucky enough to be in the audience at this year’s D23 presentation were treated to this information plus a teaser featuring Jack-Jack and a raccoon. Brad Bird has now also revealed that Violet and Dash’s role in fighting The Underminer isn’t entirely rewarding…

“Incredibles 2 picks up, literally, where the first film left off, with Mr. Incredible and Elastigirl battling The Underminer, while Violet and Dash are stuck with babysitting Jack-Jack.”

Elastigirl, or Helen Parr, is going to take more of a central role in this sequel, and we can’t wait to see another Pixar heroine given a bigger voice. The Entertainment Weekly post also features a great interview with the voice of Elastigirl – Holly Hunter. You can read their full interview here. It’s amazing to hear that working with Brad Bird again has been such a fun and inspiring experience for her. Her leaving statement in the interview sums up our feelings perfectly:

“I just think it’s beautiful that Incredibles 2 is allowing Mrs. Incredible to reveal all these other different colors of who she is.”

Bringing the music of Coco to life
Next Story »