Pixar reveals an all-Latino cast for Coco (and a new poster!) 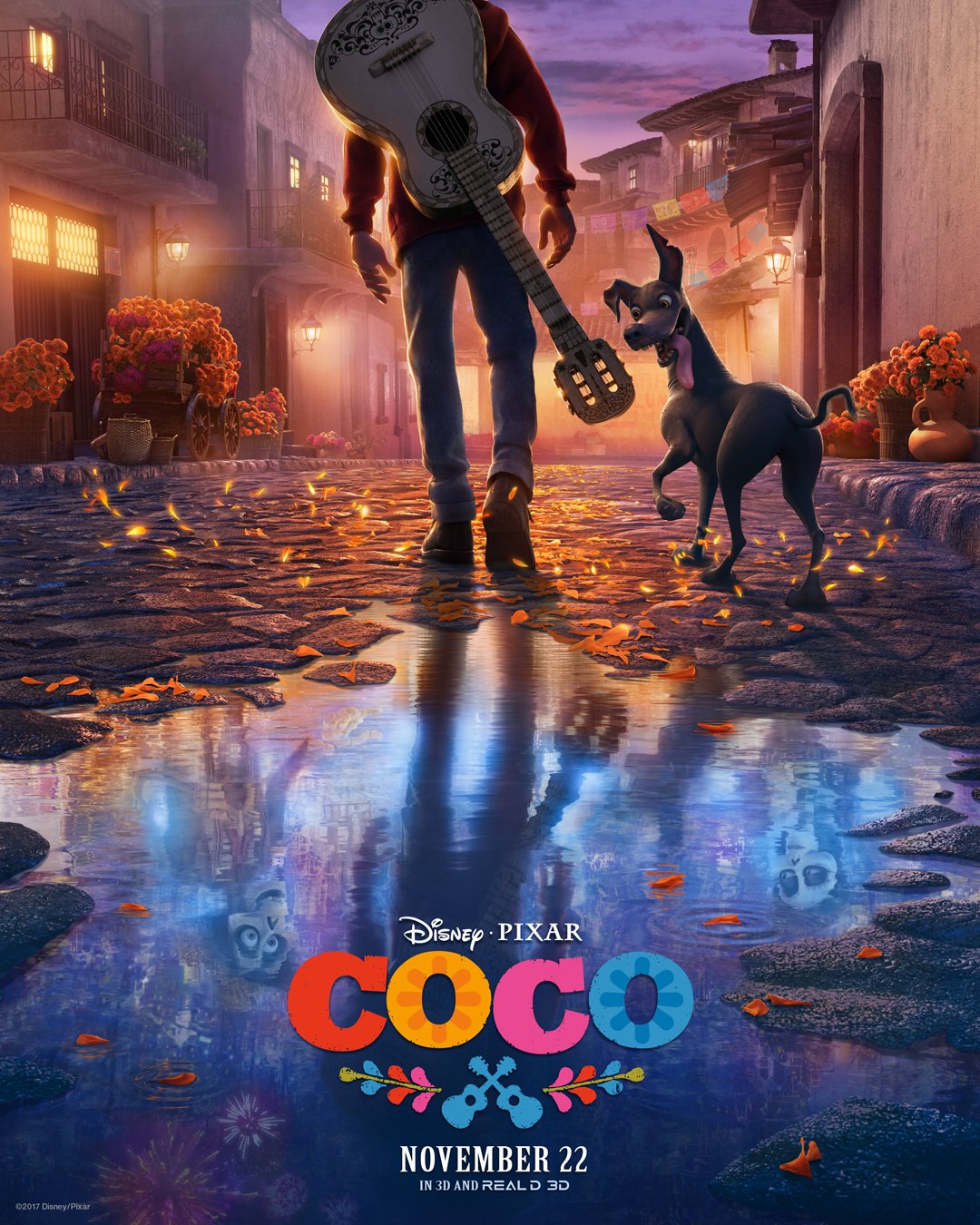 Along with a beautiful new poster, Pixar released details today of the large cast of characters that we can look forward to seeing in Coco later this year, all voiced by actors of Latino descent (including Gabriel Iglesias, Renée Victor, Sofía Espinosa, and Edward James Olmos). It’s worth remembering that Pixar put a lot of effort into making the cast of Brave entirely Scottish or of Scottish descent (save a few lines of dialogue, like the now-essential John Ratzenberger cameo), so it’s great to see them doing the same and more for Coco.

Information on the cast reveal can be found on Oh My Disney. 18 characters have been revealed, many of them relatives of the main character Miguel, so it seems like we might be seeing a big family reunion in the Land of the Dead. Even though each character is given just a brief description, this new information has really fleshed out the world in which Coco is taking place. We’ve learned that Miguel’s family comes from a long line of shoemakers, and the business was created by his great-great grandmother Mamá Imelda. “The matriarch of the Rivera family”, she is bound to be a strong, interesting character that I’m sure many of us are looking forward to meeting. It also seems like there might be a bit of tension between the musicians and the shoemakers in his extended family…

With Coco being released in under 6 months, we can definitely begin to look forward to seeing more trailers, teasers and posters. In fact, a new trailer is expected to land later this week! Director Lee Unkrich has posted pictures on Twitter of some of the voice actors – Gabriel Iglesias and Edward James Olmos – at Pixar Studios recording lines for the movie.

Honored to be working with the great @edwardjolmos on #PixarCoco! He plays a character named Chicharrón. pic.twitter.com/0xa9eXKE0t

And the continued support from Jorge R. Gutierrez, the director of The Book of Life which also centred around Día de los Muertos, is still as heart-warming as ever.

Coco is set to release in North American theatres on November 22nd 2017.

Get connected to the newest Coco trailer!