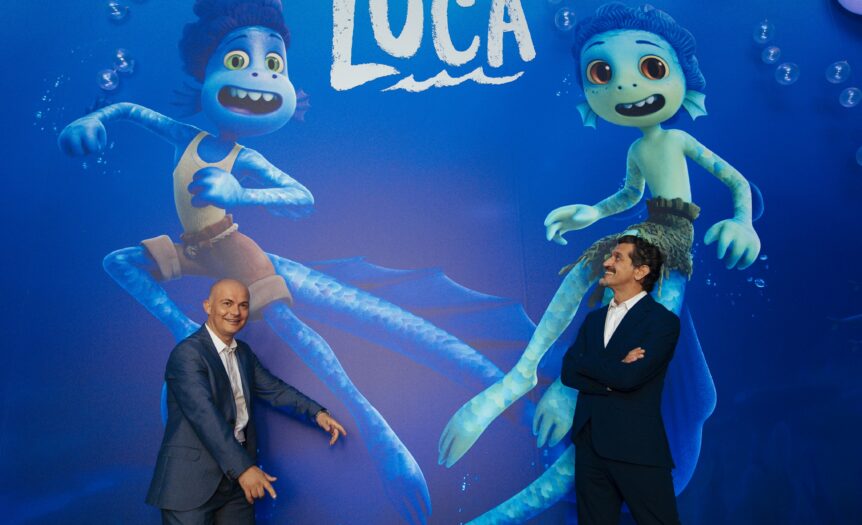 It has been a long wait, but the day is finally here — Luca premieres tomorrow! With less than 24 hours before release, here are a few clips to enjoy before we settle in for the main show!

First, we have this absolutely adorable clip titled ‘Pasta Grannies.’ At this point, most of us have watched the Luca trailer more than once (or two times or three, but who’s counting?). It’s worth watching one more time in the company of the Italian nonnas best known from the Pasta Grannies YouTube channel. Their delight while reacting to Luca‘s small details and animation is sure to put a huge grin on your face.

Next, here’s a preview of the end credits song for Luca’s Japanese release. The song is actually a cover of a well-known and beloved classic, ‘Shounen Jidai’ (Boyhood Days). The original song, written by Inoue Yosui, was featured in the film Childhood Days, based on the manga of the same name. As director Enrico Casarosa notes, the song evokes nostalgic summers and is a perfect fit for a story celebrating youth. We wonder if other language releases will have covers playing over their end credits as well.

Speaking of Japan, here’s a fun interaction between Casarosa and the official Studio Ghibli twitter account. Luca, Giulia, and Totoro make for a wonderful surprise trio!

Lastly, Pixar has shared some footage of the Luca team visiting Italy. Casarosa with his best friend Alberto, along with producer Andrea Warren, attended a special premiere held for Italian audiences. They also appear to have visited many of the sites Luca‘s research team toured for visual inspiration and reference. We hope a full, uncut look at the Italian premiere, as well as more footage of the sights that inspired Luca‘s landscapes, will be made available soon!

Luca will be available to watch on Disney+ for all subscribers tomorrow, Friday the 18th. 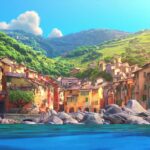 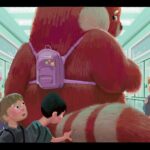 One Reply to “The Last Previews Before Luca’s Feature Presentation”