Incredibles 2 – posters, sneak peaks, and a ‘special look’ coming on the 14th

“It’s been too long, dahlings.”

Incredibles 2 is set to release on June 15th, over thirteen and a half years after the original The Incredibles came to theatres in November of 2004. Now that a sequel is on the very conceivable horizon, excitement is really mounting, especially with the promise of new trailers, posters, and sneak peaks.

Brand new Incredibles 2 posters have been cropping up for the New York Fashion week, and it just wouldn’t be right if none of them featured the iconic Edna Mode. 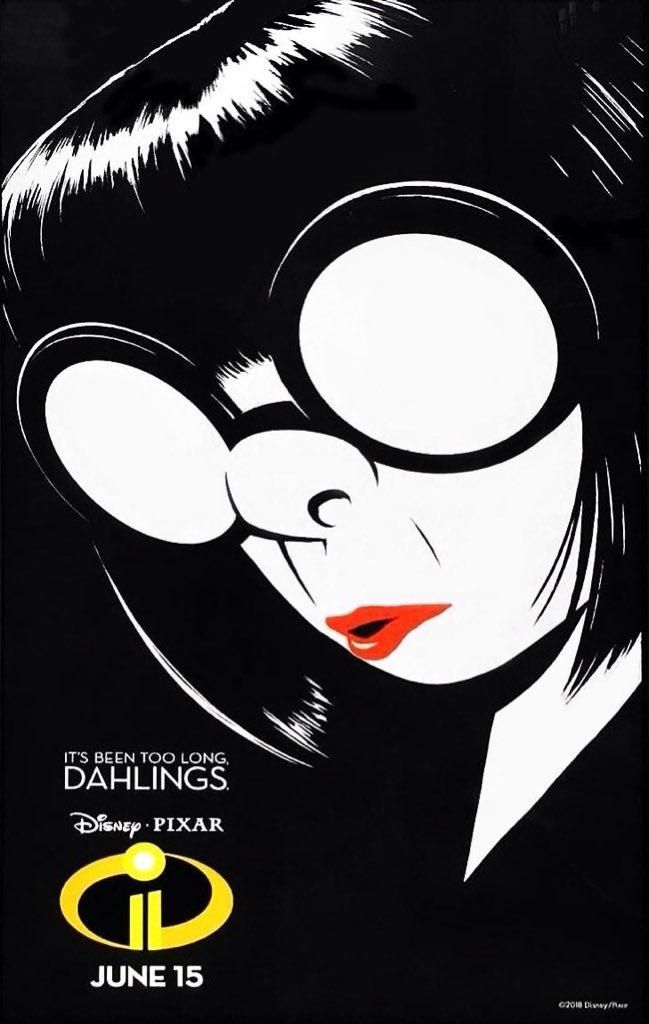 The other poster features Bob Parr ironing out his super suit – ironic since it seems that the plot of the long-awaited sequel appears to see Helen experiencing most of the action whilst Bob is left at home with Jack-Jack (although no doubt this will be more action-packed than expected).

If you’ve been keeping up with the 2018 Winter Olympics, you may have been surprised to see some cameos of our favourite family of supers. You can watch some of their brief appearances below:

They’re also teasing a ‘special look’ that will be shown on Wednesday, February 14th during the coverage of the Winter Olympics. We’re keeping our fingers crossed that some brand new clips will be shown, along with some plot details. I have a feeling the Winter Olympics might notice a significant spike in viewer numbers…
If you’re not so keen on watching winter sports or aren’t able to watch the ‘special look’ as it airs live, then don’t worry – we’ll keep you updated!

A quick update: Pixar have released another Incredibles 2 poster.

Not your everyday laundry basket.

Michael Giacchino also tweeted a video of director Brad Bird and himself teasing some work on the score of Incredibles 2. Giacchino wrote the score for The Incredibles, in addition to many other Pixar movies (most recently Coco) – there’s no doubt that this new score will be just as punchy and affecting as the original. Brad Bird also appears to be wearing a t-shirt featuring Jack Jack exhibiting some of his many superpowers! You can watch the video below:

Final update: It’s the day before the ‘special look’ is due to air during the Winter Olympics, and Pixar have just released another teaser poster.

Coco takes center stage at the 2018 Annie Awards
Next Story »